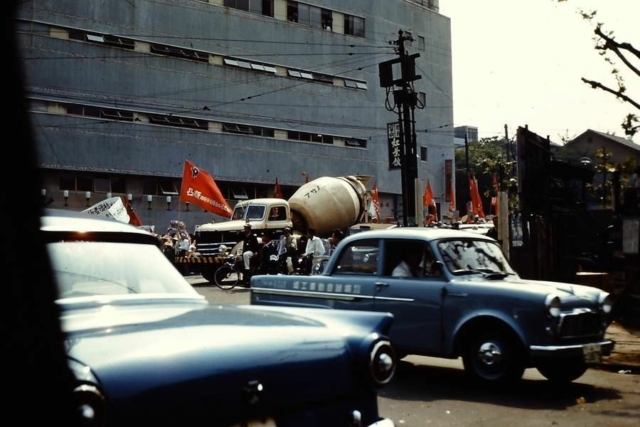 Showa era images always manage to unearth something of interest. For example, in a photo taken in the late 1950s or early 1960s, we stumbled upon an ultra-rare Datsun U221 pickup. It looks like a coupe at first glance, but is instead a ute-like vehicle with a very small bed. We’d bet the number of these still in existence is somewhere in the single digits. 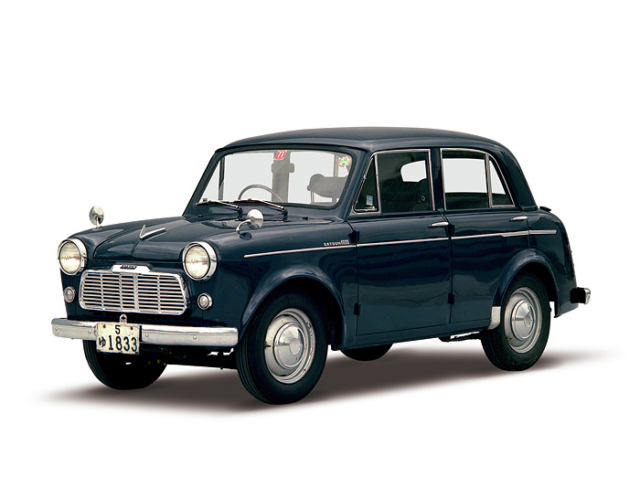 The above photo is what a 1959 Datsun 211 is supposed to look like. The U221 manages to maintain two rows of seating while adding a short tray at the rear. The funny thing is that Nissan already made a Datsun 220 pickup with a standard bed, though the cab was limited to one row of seating. 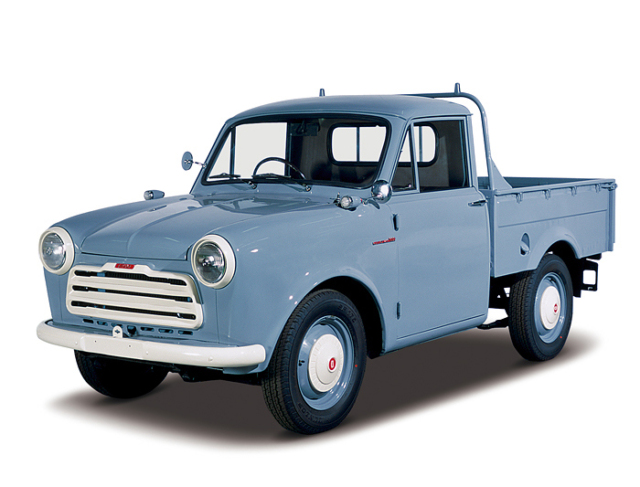 The above photo is of a what a more common Datsun pickup of the era would have looked like. Technically, it’s a 1958 Datsun 220, but the differences are mainly cosmetic. Most importatly, you can see the bed is a completely separate box unit, not integrated like the U221’s. In older Nissan naming convention, a “1” in the tens digit place indicates a passenger car while a “2” in that place indicates a truck.

So technically speaking, the U221 should probably be a U210 since it’s more car than truck, but it was marketed primarily as a commercial vehicle. The kanji on the side, though too blurry to read, hints that it’s a company car. The short bed was probably used to carry refrigerators or other household  machines. The driver is probably an appliance repairman rushing off to a job.

permalink.
This post is filed under: Showa Snap and
tagged: datsun, Datsun U221, trucks.