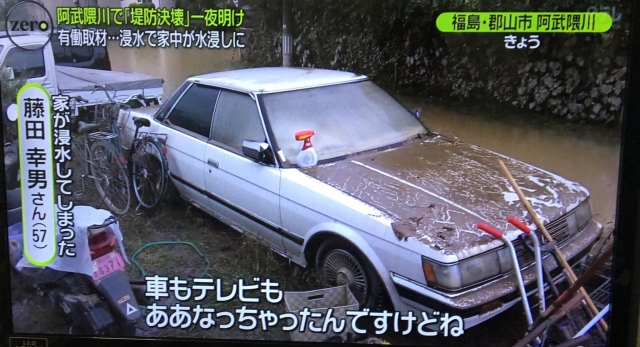 Japan is still trying to assess the damage done by Typhoon Hagibis over the weekend. According to the Japan Times, the death toll is up to 68, and rescue crews are working around the clock to find more survivors. The storm was the worst to strike Japan in 60 years, and caused numerous landslides, power outages, and floods. The scope of the devastation is still unknown. 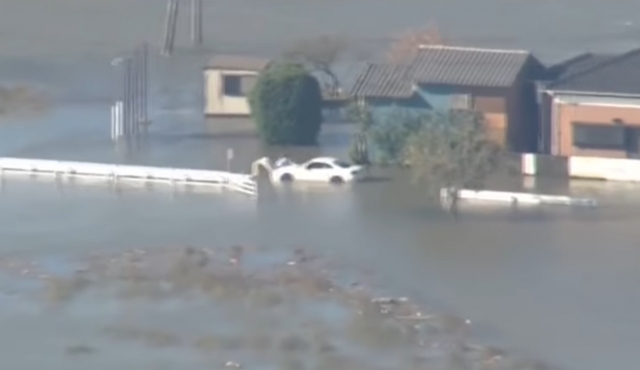 As reported by NHK, the typhoon brought about 140 landslides and broke through levees along 47 rivers as many regions saw 40 percent of their typical annual rainfall in a span of just two days.

Countless vehicles have been overturned, crushed by debris, or flooded. One clip from Singapore’s CNA, sure to be particularly grim for enthusiasts, shows recovery crews wading through knee-high waters in what must have been an auto aficionado’s parking area. Damaged cars include a modified Nissan 180SX, X70 Toyota Mark II wagon, and Y31 Nissan Gloria. Perhaps some of these will be restored.

However, nothing can compare to the lives that have been impacted. The report further states that over 12,000 homes have been flooded, and 670 schools have been damaged across Japan. In Nagano, the waters rose as high as 4 meters. Over 130,000 homes are without running water, and as many as 520,000 were without power during the worst of it. Authorities are still trying to determine the extent of the losses. It has been difficult to find a proper channel accepting donations for recovery assistance, but this post will update if we learn anything.

5 Responses to Japan slammed by worst typhoon in 60 years