The Twilight Express Mizukaze is the Toyota Century of trains 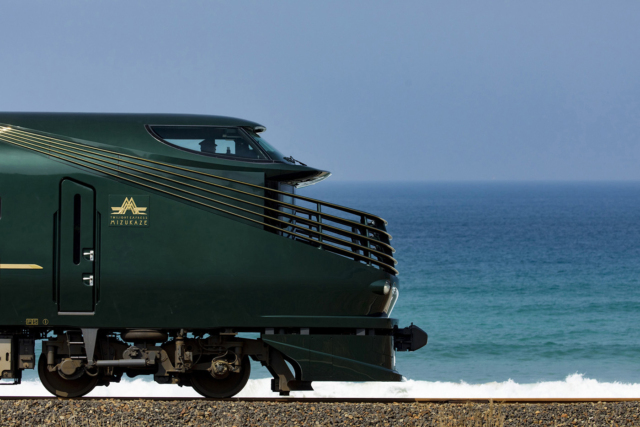 Today is Railway Day in Japan, established to commemorate the opening of the country’s first rail line, which connected Tokyo and Yokohama on October 14, 1872. Nearly 50 years later and exactly 100 years ago today, on October 14, 1921, Japan’s Railway Museum opened in Tokyo. So today we’ll take the opportunity to draw your attention to one of the most unique, beautiful, and luxurious trains in Japan. 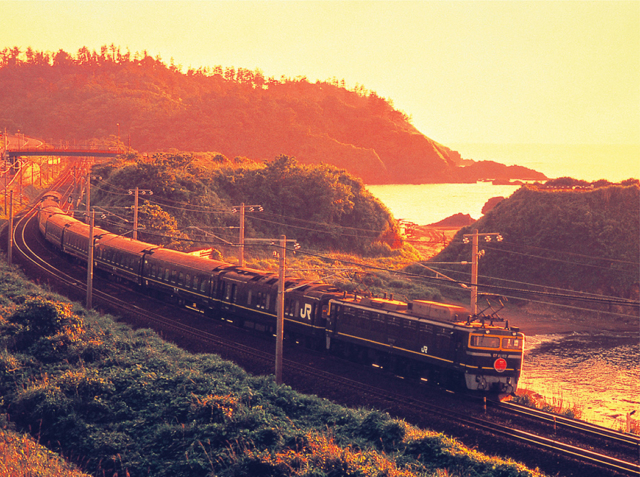 The Twilight Express Mizukaze is one of the most sumptuous rides you can take. Its creators set out to replicate the feeling of a five-star hotel hurtling through the countryside. However, it’s actually the second generation of the Twilight Express, a route that began in 1989 at the height of the Bubble Era and which connected Osaka in central Japan with Sapporo in the far north on the island of Hokkaido. During the 22-hour trip, passengers were treated to gorgeous panoramic views of the Sea of Japan. 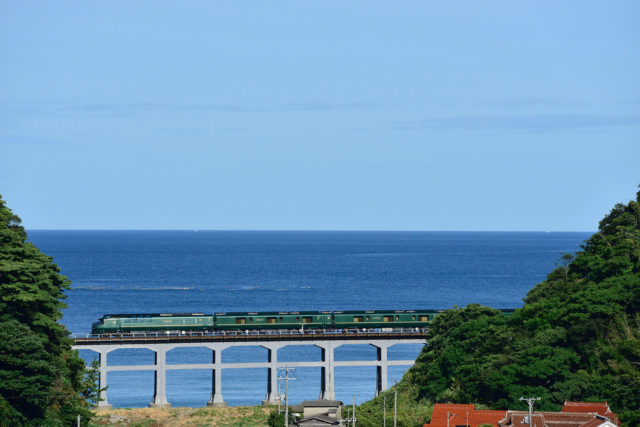 The second-generation Mizukaze began service in 2017, a couple of years after the original’s retirement in 2015. The route was different, this time starting in Kyoto and stretching westward to Shimonoseki, on the western tip of Honshu. It’s considered a sleeper train, which travels for two days and one night if you take its longest route. 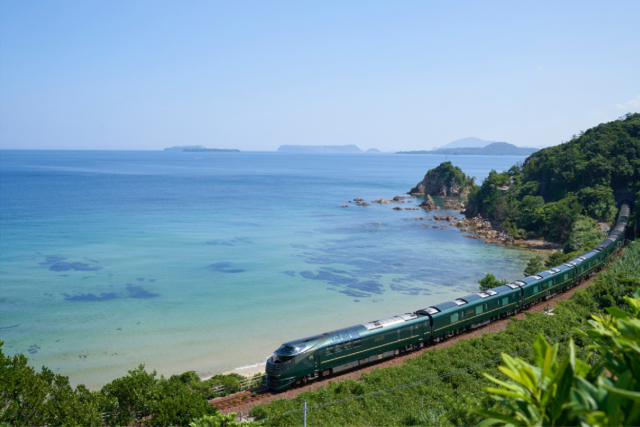 The exterior designer, Tetsuo Fukuda, once worked for Nissan penning cars. “I aimed for a car design with an air of nostalgia and that would appeal to everyone,” he says, and the train does indeed look stunning. Though a modern hybrid diesel multiple unit built by Kawasaki Heavy Industries and KinkiSharyo, it looks like a kind of emerald steampunk liner straight out of Final Fantasy.

The Mizukaze is 10 coaches long. The first car serves as an observation deck, with the engineer’s cab located on top of the car so that front-most area can be used as an open-air balcony. Next come three sleeper cars, a lounge car and a dining car, three more sleeper cars, and another observation car at the end. Five of the sleeper cars are each divided into three deluxe rooms and are already quite extravagant. However, if you really want the full experience, car No. 7 is one giant ultra-luxury suite larger than some Tokyo apartments and has its own private outdoor balcony. 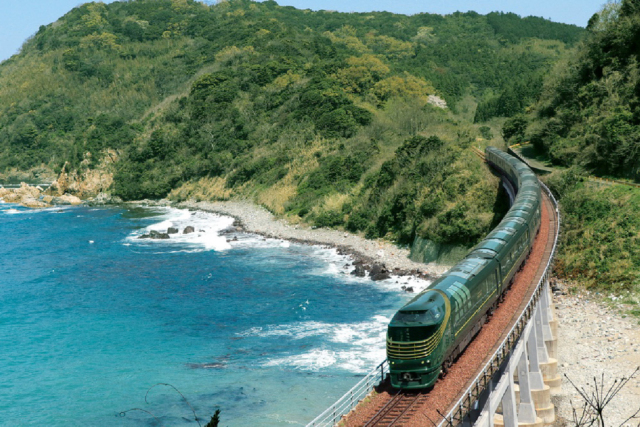 Many of the suites have huge picture windows and glass sections curving over the roof. The food on the train is prepared by chefs who select unique ingredients local to areas along the route. Ticket prices start at around $2,800, while the one-car suite can be reserved for $5,500, yet demand is so high that passes must be issued via a lottery system.

What you get, though, is a once-in-a-lifetime passage. We’ve had the pleasure of seeing the Mizukaze embark from Kyoto Station, and it’s an occasion. Passengers stand at the observation decks and wave to their loved ones as if aboard an early 20th century ocean liner setting sail. Even many who had no friends or family on board stopped at the bustling station to watch the magnificent train pull away from its platform. True to its name, the Mizukaze begins its journey at dusk, its gold ornamentation glinting in the setting orange sun. 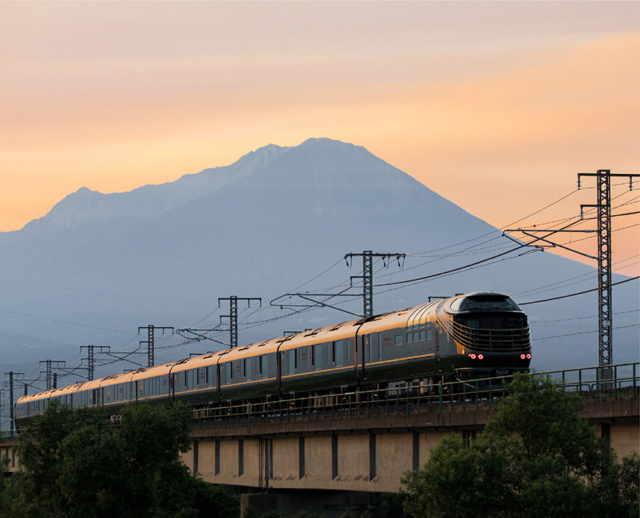 Sleeper trains and buses are common in Japan, as they allow travelers to spend their time out of consciousness traveling long distances. As its interior designer, renowned architect Kazuya Ura explained, however, this train is not just about “squeezing travel into sleeping time.” A voyage on the Twilight Express Mizukaze is an “experience to be enjoyed for its own sake.”