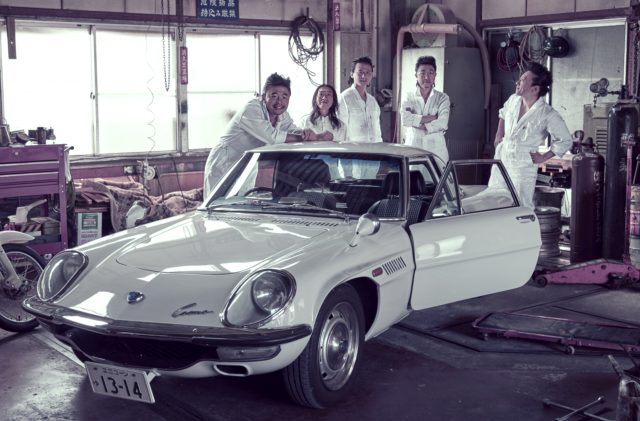 Last week the Japanese rock band Unicorn released their thirteenth album, and lo and behold, there’s a Mazda Cosmo Sport on the cover. It’s not clear why the band has taken a liking to the classic rotary sports car, but it features very prominently on their artwork and marketing. 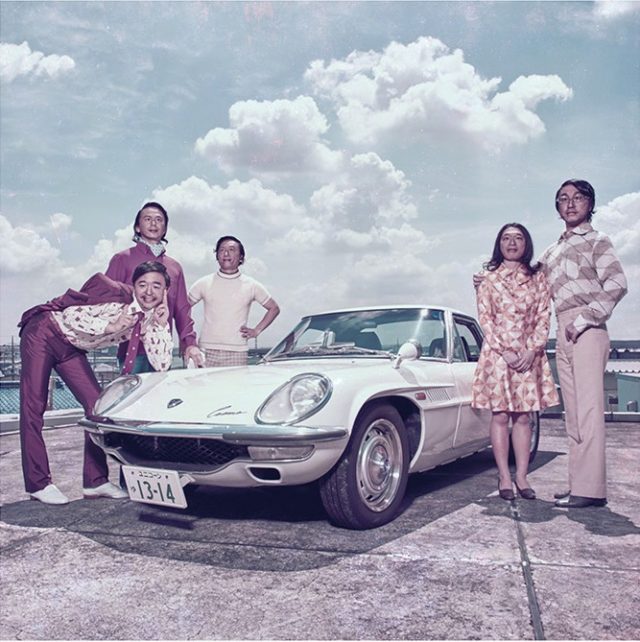 In fact, there are two different album covers. The lead photo is actually the limited edition cover, which depicts the band in a typical Showa-era Japanese garage. The regular issue album cover shows the band dressed up in 1960s threads, in what looks like an effort to recreate some of the glamour of old advertising and brochure photos. 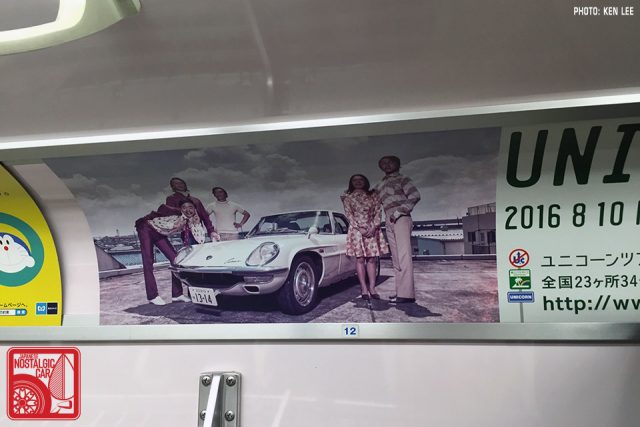 We were first made aware of the Cosmo Sport presence when we spotted the ad in a Tokyo subway. The album title appears on the Mazda’s license plate: ゅ13-14 (“yu” for Unicorn, their 13th album, with 14 songs).

The license plate imagery is used on Unicorn’s website as well, and if you’ll notice, the vintage Mazda logo has been appropriated to read “Uc” for Unicorn. If you’d like to hear samples of music from this album, you can listen here.

permalink.
This post is filed under: Tune Up and
tagged: cosmo sport, mazda, Unicorn.