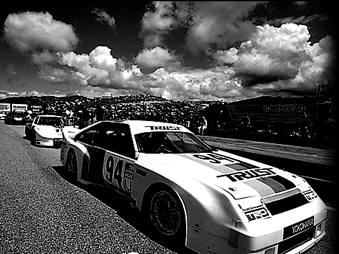 Note: update below the jump.

A Japanese credit researching company is reported yesterday that Trust, mega Japanese tuning firm and a mainstay of the import scene, has filed for bankruptcy at a Tokyo District Court. You may know them by their US brand name, GReddy, makers of all manner of suspension, engine, brake and turbo kits.

Apparently, the company was $60 million in debt, citing declined annual sales of $53 million in February 2008, the culmination of a steady decline since 1998 when sales were at a high of $80 million. Trust was founded in 1977 and has been an active part of the Japanese tuning and racing scene for over three decades.

There are a whole host of reasons why this could have happened. Our analysis: aggressive expansion into foreign markets made the company vulnerable when automotive trends shifted. Many so-called enthusiasts were merely fickle bandwagon jumpers that never made up the core group of die-hards. This, coupled with the recent economic freefall, the disinterest in cars among young Japanese, perhaps even the lack of performance platforms offered by the automakers, and a steady influx of knockoffs into the market, all steadily chipped away at the company’s profits.

It’s this last one that really gets us because it’s the only one easily within our control. The lesson here is that if you love something, support it. The reason GReddy (and other similar companies) have higher prices is because they actually do the R&D required to make these kinds of products. Less reputable companies will then swoop in and copy the design, allowing them to sell for much less because they’re not shelling out for the R&D, even if the quality is just as good. It’s tempting to want to save a few bucks but that’s what leads to such a sorry state of affairs. Those other companies will simply move on to knocking off something else once all the Greddys are gone, but who will be left to develop the new products? /End rant.

The possibility exists that the company will be able to restructure and find new investors. We hope this is the case.

UPDATE: The company has issued a press release saying that the bankruptcy filing will allow Trust to continue its normal operations while restructuring. GReddy USA is not affected. Here’s the full release:

September 9th, 2008, Irvine, CA-GReddy Performance Products, a California Corporation, has announced that its parent corporation, TRUST Co. LTD, has filed for Minji-saisei-hou in Tokyo, Japan, the U.S. equivalent of a Chapter 11 reorganization plan. As in the U.S., this filing is a common strategy utilized by companies to allow them to continue to conduct business and service customers while undergoing an internal reorganization process.

This reorganization will have little, if any effect on GReddy Performance Products Inc., USA. GReddy assures its customers that it has ample inventory of all products for the U.S. market, and there are no production delays on new and current product lines coming from Japan. GReddy looks forward to exhibiting at the 2008 SEMA Show in Las Vegas, NV in its 20′ x 40′ booth, and will have three new project vehicles and new 2009 products on display. Representatives from both GReddy USA and TRUST Co. LTD Japan are attending the SEMA Show to answer questions about the reorganization and future plans for the company to retain its dominance in the sport compact market segment for the next 30 years.

permalink.
This post is filed under: industry, tuning shop.