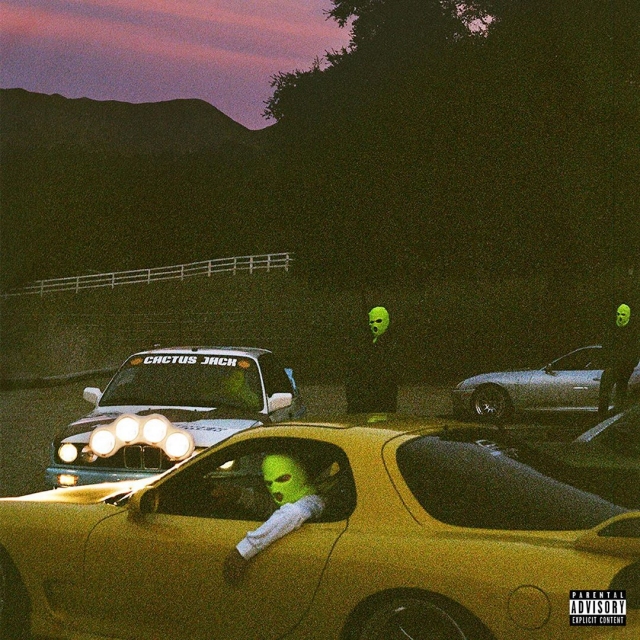 When Ryan told me to check out Travis Scott’s new album two days after Christmas, I had to google who he was. A rapper, it turns out. I confess I haven’t actually listened to it, but the cover has caught my attention. At least three 1990s icons are gathered, along with some guys wearing neon balacavas. There’s an FD Mazda RX-7, JZA80 Toyota Supra, and lampenbaum-equipped E30 BMW M3 which Scott is auctioning off. The first video had even more.

A promo video for Jackboys, features scenes of parking lot hoonage interspersed with some violent scenes of good ol’ fashioned carjacking. Cars include a Datsun 240Z, AW11 Toyota MR2, a couple of NSXes, a Chris Forsberg’s Nissan 370Z and matching Infiniti M45, a second FD, a Lancer Evolution, and the Tesla Cybertruck.

The full video for “Gang Gang” has a lot more shots of some of the cars.

Travis Scott’s Instagram has a couple more images of the cars. The FD appears to be a Competition Yellow Mica-painted Touring edition from last year’s JCCS. U the first video, the owner is depicted as being the victim of a carjacking. I guess that’s considered cool? All I know is these videos make me feel very, very old. Happy New Year!