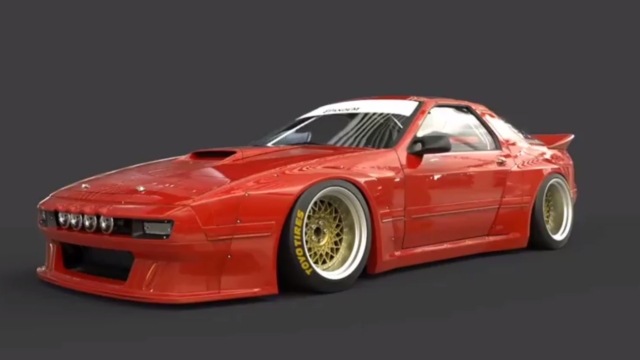 Because we must now widebody all the things, TRA Kyoto has released a Rocket Bunny Pandem body kit for the FC3S Mazda RX-7. The company recently released a video rendering of the proposed kit on its Facebook page. While recent kits for rotary cars have been controversial, this one actually looks quite at home on the second-gen RX-7.

That’s because at certain angles, the kit resembles the IMSA GTO RX-7 race car. The squared-off fender flares almost look like the widened composite body of the IMSA car, if you squint, especially with large gold wheels filling them out. 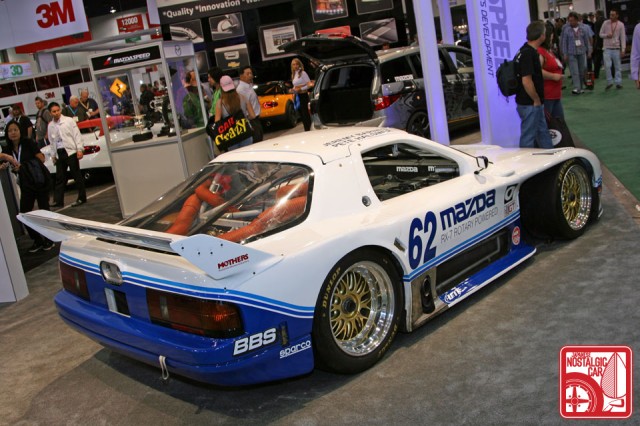 For reference, here’s what an early version of the race car looks like. The wing is more of a pedestal type than a ducktail, but I suppose you have to respect the Pandem kit’s bosozoku roots.

The front is a departure from the race car, with four driving lights mounted in a slot grill that reminds us of a Supra more than anything else. Giant bolted flares are de rigueur, and the overall look is aggressive, which is the point. We look forward to seeing several examples at the SEMA show this fall. In the meantime, here are some screenshots from the video.