Toyotafest Spotlight: Our favorite car of the show 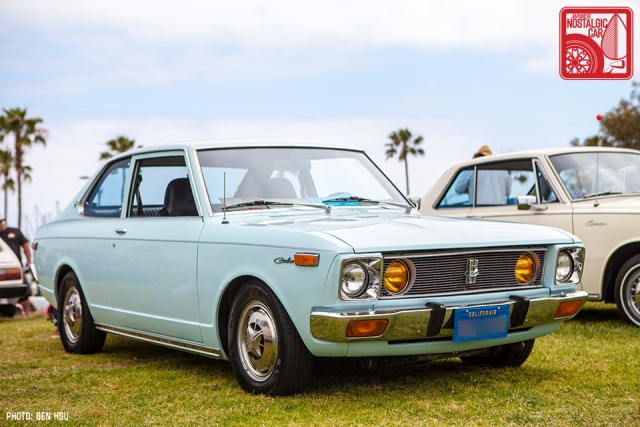 Just when you think you’ve seen it all, a unicorn appears out of nowhere. It has always been a rare sight, even at Toyotafest and JCCS, to find any A10 Toyota Carina. To observe one as clean as Nestor Rabanal’s? It’s like seeing Sasquatch riding Halley’s Comet. 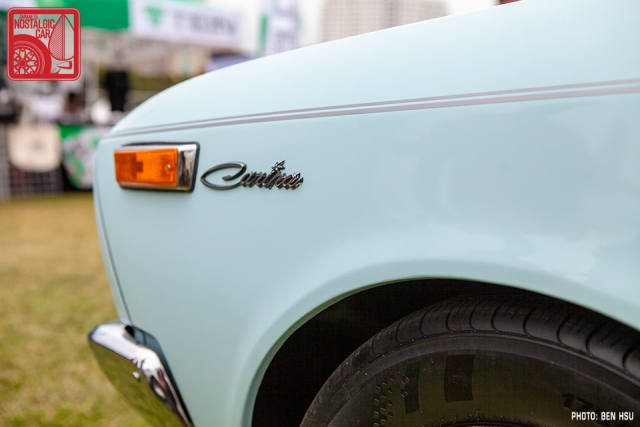 The Toyota Carina was the Daruma Celica’s more conservative sibling, with more formal styling compared to the sexy lines of its platform twin. It didn’t have the esteemed racing pedigree of the Celica or its cultural impact, but that’s exactly what makes it so rare today. 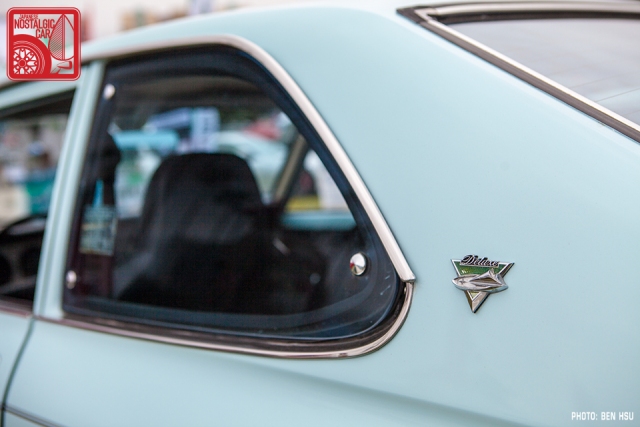 Nestor says that he found the car when he went to buy some parts for another vehicle. Upon arriving at the seller’s place, he noticed the 1972 Carina stored in the back. The owner wasn’t really looking to sell it, but Nestor proved that that it never hurts to ask. A deal was struck, and Nestor acquired the cleanest A10 Carina we’ve seen in all our years attending Toyotafest. 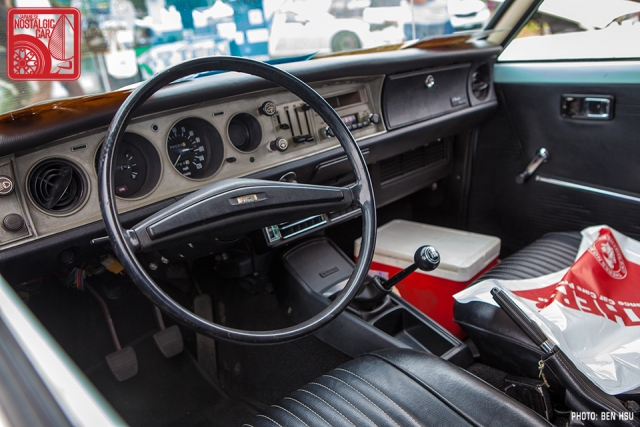 Furthermore, it has all the right specs. Many gems in such condition are granny-spec automatics, but in this case the car came equipped with a proper 3-pedal layout. Plus, a quick glance at the interior reveals a cherry interior, with all visible vinyl surfaces in tact. 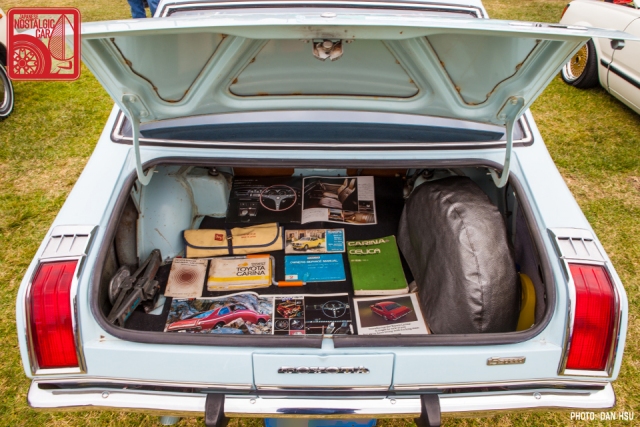 Even better, the car came with a treasure trove of original documentation and accessories, including a service manual, tool kit, and spare tire cover. 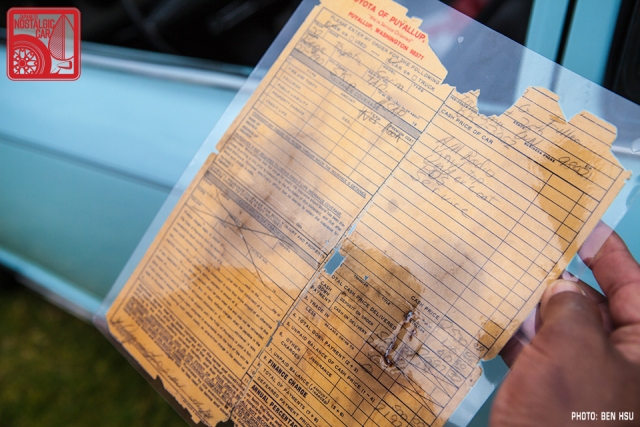 Also included was the original bill of sale, which shows the car was sold in Tacoma, Washington in 1973 for the sum of $2,697.30. The car must have made its way to California shortly after, though, because it wore a 6-digit yellow-on-blue license plate, one that ended production in 1980. 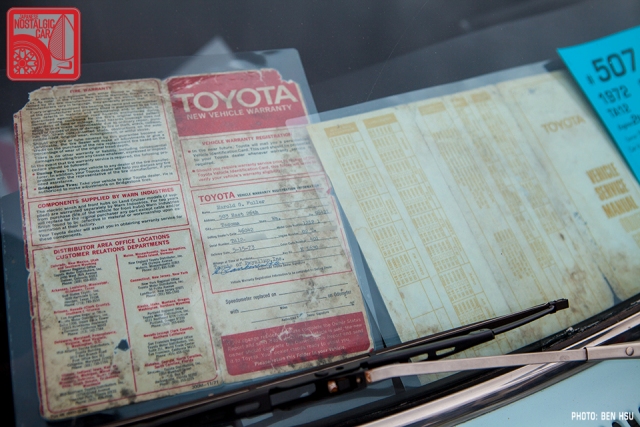 Interestingly, the documentation shows that the car was originally color coded 401 Pluto Beige. Clearly, it is not beige. Nestor says that the car was repainted once. However, if the color was changed, it was a tremendous job because the trunk interior and engine bay show consistent color with the exterior. 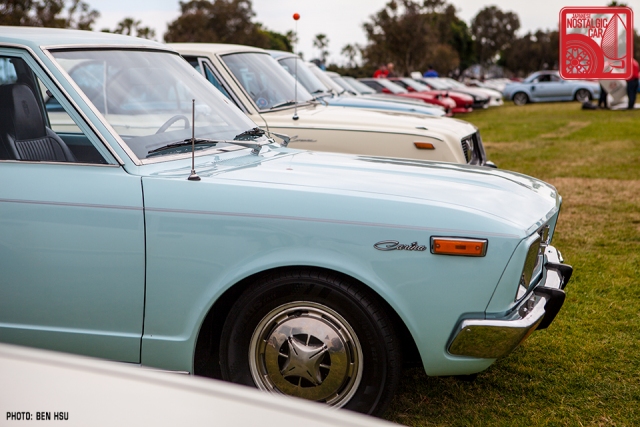 The only other changes we could see were a slight lowering and high beams painted yellow. In any case, we had no idea that A10 Toyota Carinas this clean still existed, and it was a privilege to see it.

permalink.
This post is filed under: Spotlight and
tagged: a10, carina, toyota, Toytoafest.

8 Responses to Toyotafest Spotlight: Our favorite car of the show