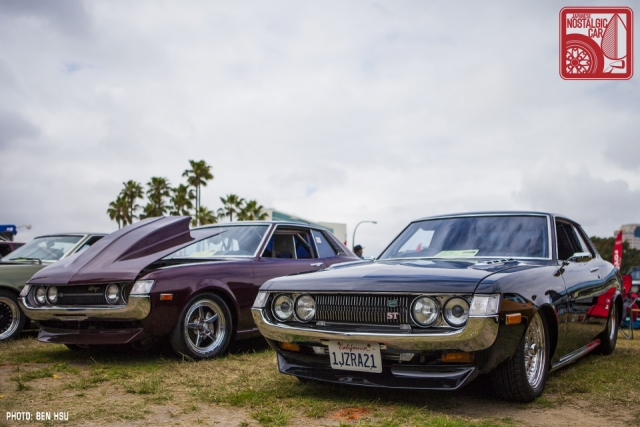 Two of the biggest head turners at this year’s Toyotafest were a pair of seriously mean drag racers built on a daruma Celica chassis. Both were caged, tubbed, and running mills from the legendary Toyota JZ family. 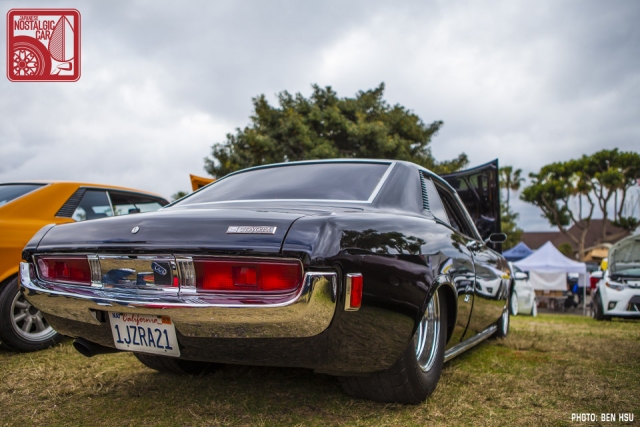 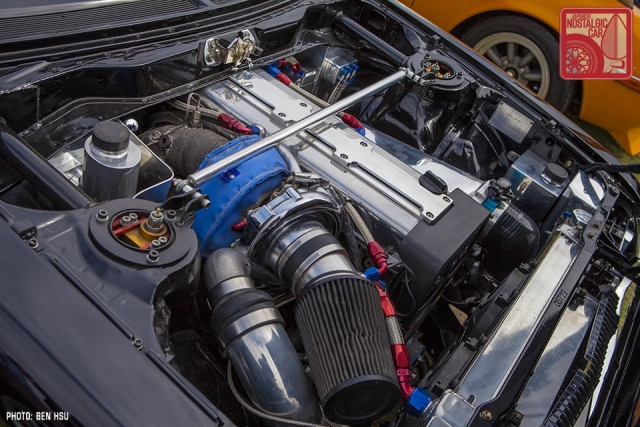 Pop the hood and you’ll find a Supra 1JZ straight-six with a turbo the size of a watermelon. It’s 72mm, to be exact, and though they haven’t dyno’ed the car Cary says it’s estimated to put out something north of 800 horsepower. 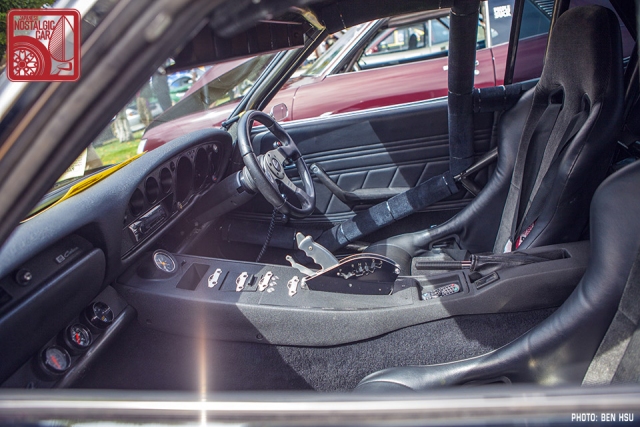 Power is pushed through a TH350 transmission and a Toyota 8-inch truck 4.10 locked diff. The steering box has been replaced with rack and pinion steering as well, and just for kicks Cary converted the car to RHD. 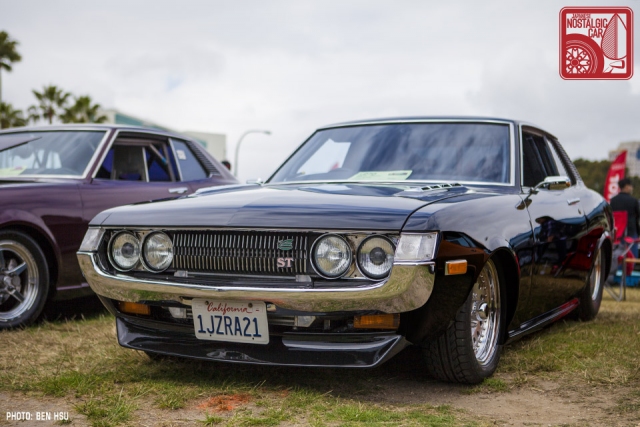 We first saw Cary’s car at Toyotafest years ago. Back then it had the guts but was covered in a coat of mottled primer. Now a coat of deep, deep gloss black paint has completely transformed the car. Best of all, it’s all all street-legal and smog-exempt. 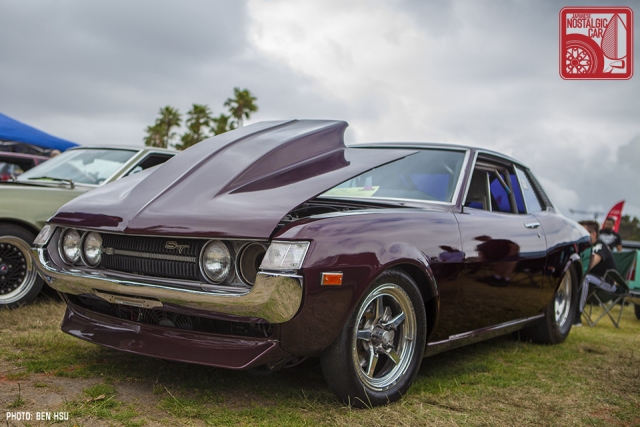 Parked beside him was Karey McGee’s 1971 Celica powered by a 2JZ-GTE. It’s been dyno’ed at 450 horsepower to the wheels on E85 and low boost, fed through a Toyota R154 transmission and Ford 9-inch diff mounted on a tubbed 4-link rear. The wheels are 15×3-inch-wide Welds in the front and 12-inchers in the rear. 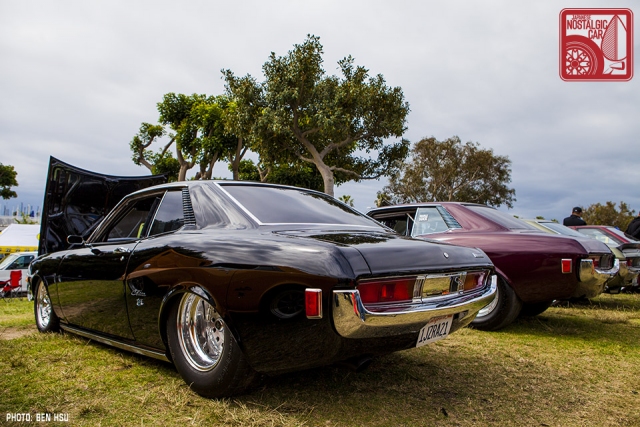 A lot of drag cars tend to look a little rough, built for purpose rather than style. Cary and Karey’s Celicas, however, are the rare examples that hit all the marks in both form and function. It doesn’t hurt that the Celica was one of the best-looking designs of the era to begin with. Together, the scene looks like the staging of an epic drag race.

Our Toyotafest 2017 coverage continues, but in the meantime check out Part 01 — New Digs, Part 02 — Celebrating the all-conquering Land Cruiser, and Part 03 — Fun to Drive, as well as a spotlight on Richard Pope’s 1977 Celica.