Toyotafest Spotlight: This mint Starlet was once part of the Toyota USA Museum 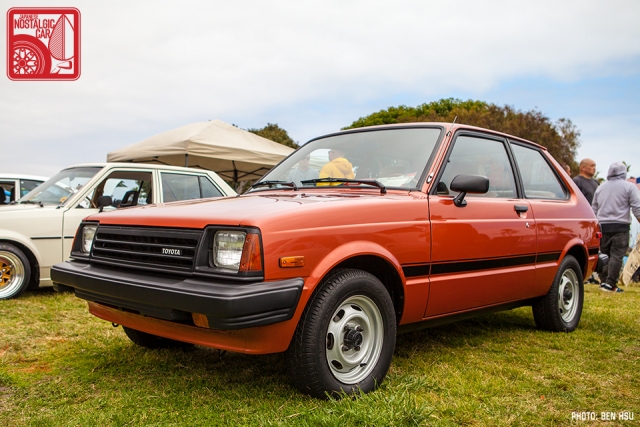 We’ve already covered the Starlets from this year’s Toyotafest, but there was one particular example we had to point out. It’s not that it was bone stock, or flawless, or a rare 3C5 Coral Metallic color, though it was all those things. It’s that this car was once part of the Toyota USA Museum — emphasis on was. 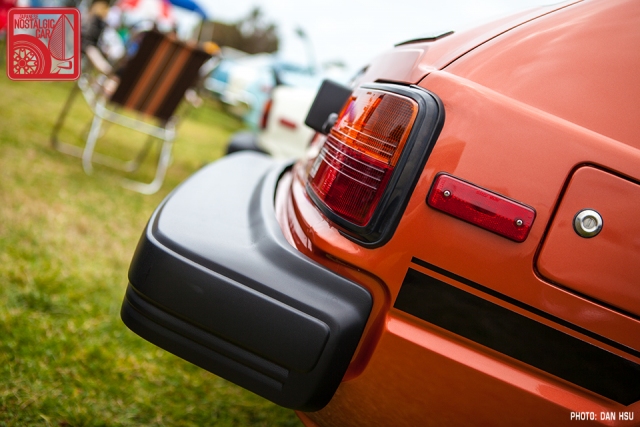 From its establishment in 1957 until last year, Toyota USA’s headquarters had been in southern California. In those 60-plus years, what started out as a tiny, almost fly-by-night operation eventually became an auto industry juggernaut, they slowly began re-acquiring important models. However, in 2014 Toyota announced suddenly that it was moving US headquarters to Texas. In 2017, the move was completed and the Toyota USA Museum in Torrance, California closed. 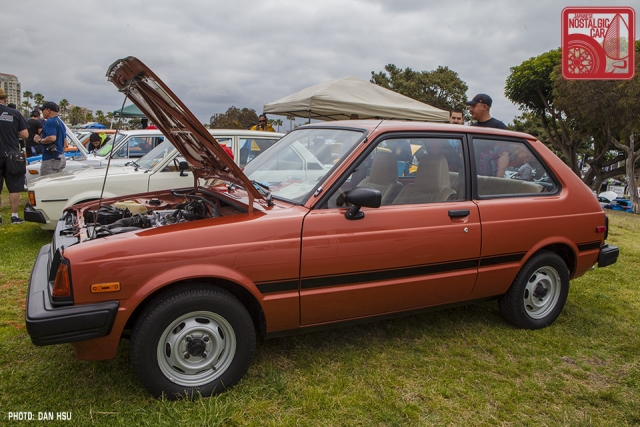 We asked many Toyota employees what would happen to the collection, but no one had a definitive answer. Most kind of assumed that the cars would move to Texas as well. Apparently that wasn’t the case. 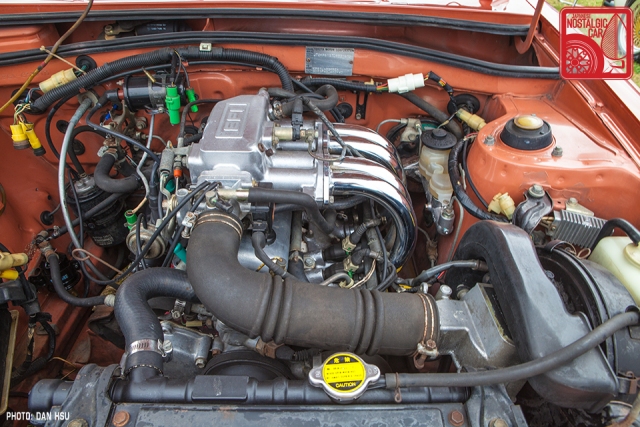 At first, while walking the grounds of Toyotafest we assumed that owner Lou Bircheff had simply found another cherry Coral Metallic Starlet to add to his expansive car collection, one that includes everything from a Nissan Patrol to a Dodge Viper. But then, we got closer. Sure enough, in the window was the red and white placard that accompanied all cars at the Toyota USA Museum, along with a key right with the museum logo. 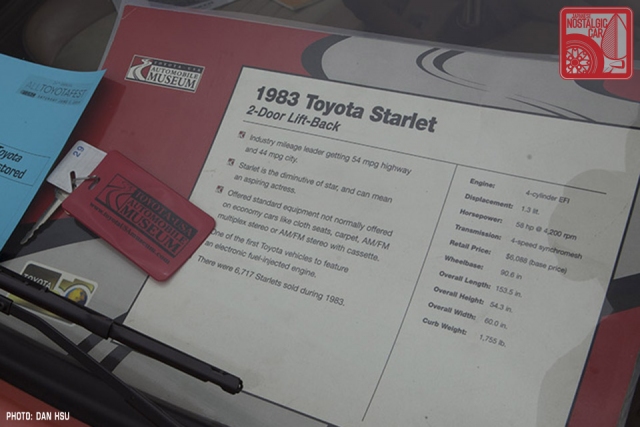 The Starlet originally belonged to a long-time Toyota employee who had donated the car to the museum many years ago. When the museum shut its doors they gave her the car back, but she didn’t know what to do with it. So, she simply let the people in her office know that she was looking to sell it. It never appeared on Craigslist or an auction site, just passed along through word of mouth until it got to its current owner (who bought it for a song). 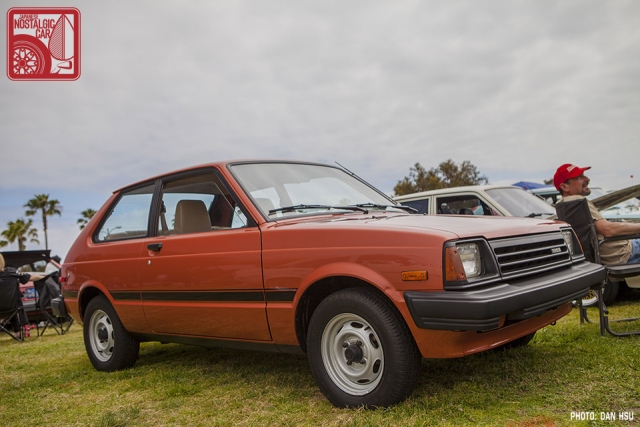 A lot of cars were donated to the museum, and it’s not entirely clear what arrangements were made with individual owners. In this case, there may have been a clause in the agreement that stated if the museum were to close, the donor would have first right of refusal. While this is perfectly within the rights of each donor, it’s a bit surprising that Toyota didn’t make more definitive plans for a wholly owned portfolio of its history that it could keep together. That said, we know the car is in good hands and bear no ill will towards Lou. It’s just sad that parts of what is probably the single greatest collection of Toyotas in this hemisphere have been scattered to the winds.

7 Responses to Toyotafest Spotlight: This mint Starlet was once part of the Toyota USA Museum