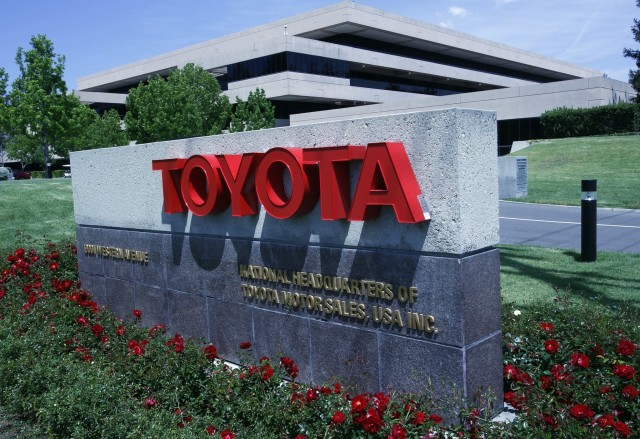 It’s finally happening. Nearly three years after Toyota announced it was relocating its US headquarters from California to Texas, the automaker’s campus has been listed for sale. Like an annoying Craiglist ad, no asking price was mentioned but according to the Daily Breeze, Toyota has invested $5 billion since it established the site in the 1970s, so… make an offer?

If you do, you might be competing with Google, Tesla or, more likely, a developer that will divide the campus into smaller chunks. From the same article, here are some other interesting facts:

Here’s further evidence that Toyota is if nothing else a money making machine. According to a commercial real estate firm specializing in the region, “industrial building vacancy rates had dipped to just 0.5 percent in the area.” The bulk of the move will happen in July 2017. So basically Toyota is getting out at the best possible time to make a profit on its land.

So there you have it. One giant automaker campus for sale. Ran when parked, wheels not included, no trades. Hit them up!

permalink.
This post is filed under: for sale and
tagged: kidney anyone, toyota.

15 Responses to KIDNEY, ANYONE? 1970s Toyota campus for sale