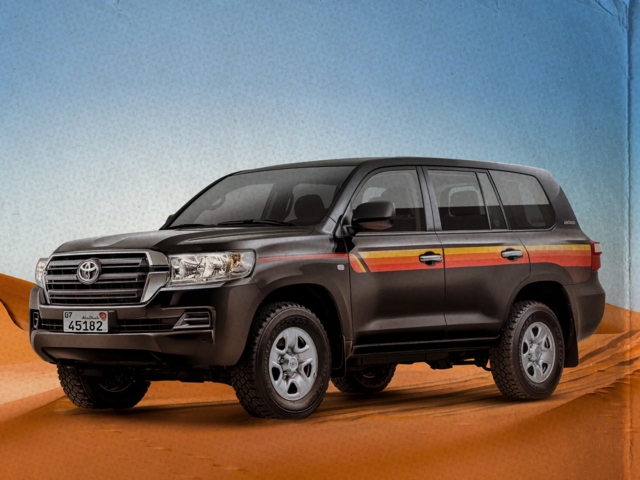 Toyota released a Heritage Edition of the J200-series Land Cruiser in the US last year, one with some snazzed up wheels and brightwork, as well as cool old school badges and logos. In the United Arab Emirates, where Land Cruisers are as aspirational as Cadillacs in 1960s America, there’s also a Heritage Edition but it’s quite different. 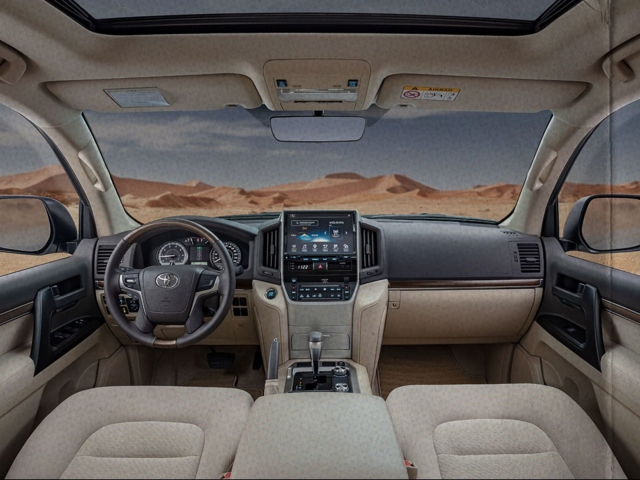 First of all, it features an eye-catching decal stripes evoking the TRD sunset tricolor. This appears to be exclusive to the V6 models, which are quite a bit more basic than what we can get here in the US. In addition to the  271-horsepower, 284 lb-ft 4.0-liter, it also comes with a 5-speed manual, 17-inch steelies, and cloth seats, and a rear-mounted spare on barn doors.

There’s also an alloy-wheeled, automatic, 4.6-liter V8 version, which seems to be closer to what we have, aside from the moquette upholstery. The Heritage Edition also comes with early-90s era stripes that would look just as at home on a Tacoma.

The V8 also has “Heritage Edition” embroidered on the headrest and an air compressor in the back. It appears that the run will be capped at just 20 units, but it’s not clear what the V6 versus V8 split will be. They’re quite a bit cheaper than the Land Cruisers we get, too, with the V6 ringing in at $46,200 USD and the V8 at $61,200 USD. Looks like spartan interiors steel wheels save quite a bit of cash. 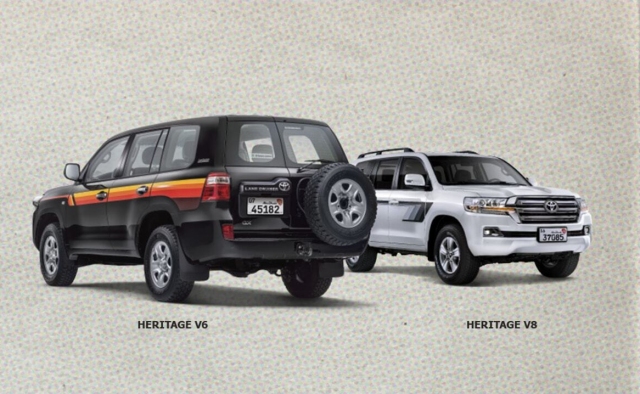 Toyota often releases Heritage Editions when getting ready to change generations. If the leaked plans are correct, the next Land Cruiser will go back to its utilitarian roots while the Lexus LX version takes care of the luxury buyer. Perhaps these rest-of-the-world trims give a peek at what we can expect from the stripped down, back-t0-basics off-roader.

permalink.
This post is filed under: Uncategorized and
tagged: J200, land cruiser, toyota.