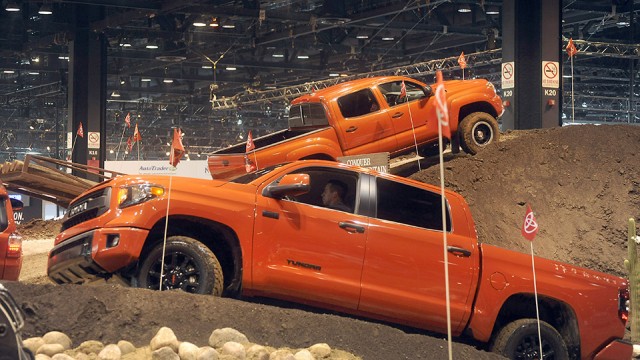 One a giant indoor dirt course at the Chicago Auto Show today Toyota Racing Development celebrated 35 years in the US by launching a new lineup of TRD Pro trucks. Though Toyota’s in-house tuning skunkworks has been responsible for everything from IMSA Celicas to NHRA top fuel dragsters, this was a celebration of their off-road racing heritage.

TRD USA was officially established in 1979, the same year Toyota began importing 4×4 pickups to the US. Though Toyota’s official motorsports program began as early as 1968 with the Carroll Shelby-campaigned 2000GT, back then it wasn’t called TRD yet.

One of the most successful TRD programs was that of the off road division, which nabbed the fearless Baja runner Ivan “Ironman” Stewart as a driver and spokesman. Behind the wheel of his famously indestructible Toyota pickup, Stewart captured 11 Baja 500 and 2 Baja 1000 wins. Over the years, Toyota has racked up 303 off-road wins, 27 manufacturer’s championships and 28 off-road driver’s championships.

To celebrate, Toyota unveiled a new TRD Pro series of off-road packages for the Tundra, Tacoma and 4Runner. All TRD three come with Bilstein remote reservoir shocks matched with TRD springs, giving the Tundra and Tacoma a two-inch lift and the 4Runner a 1.5-inch boost. Underbellies are protected by TRD skid plates and the two pickups come with a TRD stainless steel exhaust. Black alloys — 18 inches for the Tundra, 17 for the 4Runner and 16-inch beadlocks for the Tacoma — are unique to the series.

Most importantly, Toyota has brought back the old school logo for the TRD Pro’s blacked out grilles. All three trucks now get a classic Helvetica “TOYOTA” instead of the three-oval logo. Only three colors are available for TRD Pro trucks: Black, Toyota’s trademark Super White and the new Inferno orangish-red. As usual, TRD logos are are plastered throughout, from tailgate to floor mat to shift knob. 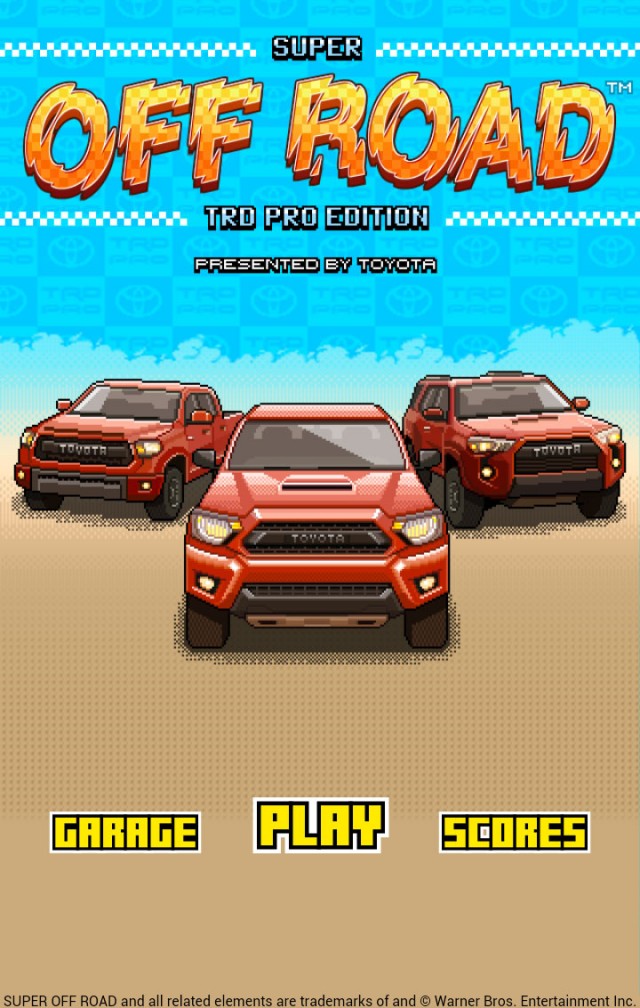 80s kids will most likely remember the exploits of Toyota trucks from the 1989 arcade game Super Off Road. In honor of the anniversary, Toyota has revived the game for smartphones. Only instead of Stewart’s stadium trophy trucks you get to drive your choice of the new TRD Pro triplets. Relive your wasted youth at Toyota.com/SuperOffRoad.