The weapon of choice for outdoorsmen and dictators alike, the Toyota Land Cruiser had its humble beginnings as a spartan military vehicle in 1951. The Toyota BJ was the first vehicle ever to scale Mt Fuji to its sixth station, over 8200 feet above sea level. Emergency response departments across Japan quickly adopted the tough utility vehicle, prompting Toyota to offer it with the larger F-type engine for fire engines, giving us iconic the FJ-series. In 1954 the truck was christened Land Cruiser, and it has proven to be one of the most capable SUVs on the planet with over 5 million sold in over 188 countries. 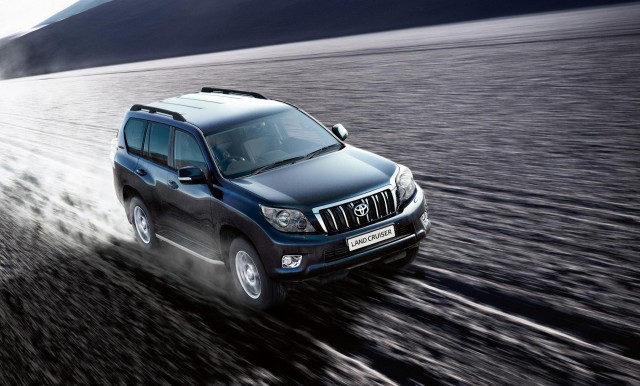 To celebrate this occasion, Toyota Europe has launched a 60th Anniversary edition Land Cruiser, based on the Land Cruiser Prado (sold as the Lexus GX in North America). Equipped with more chrome, leather and clear tallights than the top-of-the-line Land Cruisers, it comes in 3.0 diesel and petrol V8 engines. Read the full press release below. 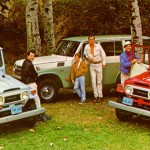 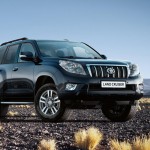 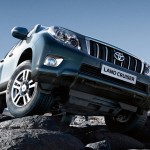 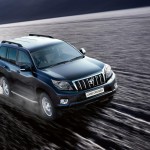 The Toyota Land Cruiser clocks up 60 years this year, stronger and better than ever. Far from aging gracefully, the legendary 4×4 remains one of the toughest machines on four wheels: it’s conquered the Arctic (and Antarctic) wastes, traversed deserts, ploughed its way through tropical rain forests and generally taken the worst the world can throw at it in its stride.

As Land Cruiser reaches this landmark, Toyota is launching new top-of-the-range 60th Anniversary versions of both its standard five-door Land Cruiser and the flagship Land Cruiser V8. They have the same robust construction and sophisticated array of driving and control systems for exceptional on and off-road performance as their established sister models, together with some extra style and equipment details.

There’s more power and torque on tap, as well, as the 3.0-litre D-4D engine fitted to Land Cruiser has been re-engineered. As a result maximum output is up from 171 to 188bhp and maximum torque from 410 to 420Nm – performance gains achieved without harming fuel economy or emissions levels. With the benefit of a new diesel particulate filter (DPF), the engine meets the latest, Euro 5 emissions standards.

History
Land Cruiser’s ancestry can be traced back to the Toyota BJ of 1951, a truck-derived model that was initially developed for military use. Within six months of its launch the BJ was hailed as a champion, becoming the first vehicle to be driven to the sixth hill station of Japan’s Mount Fuji, 2,500 metres up. As a result of this feat, the BJ was added to the Japanese police fleet and the model’s long-term success began. In 1954 the new Type 25 BJ was given a generic model name – Land Cruiser – which has been used ever since.

As Toyota began its programme of worldwide exports and growth during the 1950s and ʼ60s, it found many established markets were already well-served by American and European car makers. This prompted the company to focus instead on emerging markets in Middle and Far East and South America, where Land Cruiser’s tough performance made it a strong proposition.

The Land Cruiser concept was refined in the mid-1960s, as Toyota responded to an American trend for more refined four-wheel drive vehicles. The introduction in 1966 of the first Land Cruiser Station Wagon series – forerunner of today’s Land Cruiser V8 – catered for this growing market, joining the range alongside its more rugged stablemate.

Further development of the Land Cruiser concept came in 1985, when Toyota recognised the potential for a model that could offer the manoeuvrability and uncompromised off-road strengths of the Heavy Duty series with the comfort and refinement of the Station Wagon. The result was the first Land Cruiser “Light Duty” series.

To date more than five million Land Cruiser models have been sold in 188 different countries and regions worldwide.

60th Anniversary models
The new Land Cruiser 60th Anniversary takes its position at the top of the model range for 2011, adding selected extra features to the LC5 grade it replaces.