Normally when a car company strikes a product placement deal in a major blockbuster, provides cars to the production team, then posts a video to social media in which the cars getting destroyed, it typically doesn’t show the hero in a competitor’s product outmaneuvering them. Yet, that’s exactly what happened with a behind-the-scenes video that Jaguar Land Rover just posted for the upcoming 007 movie No Time to Die. Also, it’s the first time James Bond finds himself in a Toyota since 1967.

It’s with a humble, trusty Toyota Land Cruiser Prado that Daniel Craig’s Bond manages to evade and wipe out the bad guys’ team of Range Rover Sport SVRs. These are top-of-the-performance-heap Range Rovers, tuned by Jaguar Land Rover’s Special Vehicle Operations department with a 5.0-liter V8 plucked out of a Jaguar F-Sport SVR sports car. With 575 horsepower, 516 lb-ft of torque, and a 0-60 time of just 4.3 seconds, it’s a formidable foe starting at $115,000 each.

Yet, somehow the decades-old Land Cruiser — the J90 was introduced in 1996 — whose most powerful engine option made just 190 horsepower, manages to dispatch these monsters in spectacular fashion. Perhaps that’s where MI6 driver’s training comes in handy. Or perhaps it’s a metaphor for the real-world long-term performance of said vehicles.

At one point we do see the Prado on its side, but it seems that the film will be edited to show it continuing onward before that final SVR performs the climactic airborne flip. In any case, we’re glad to see the stunts are all practical, meaning that there’s no CGI involved. 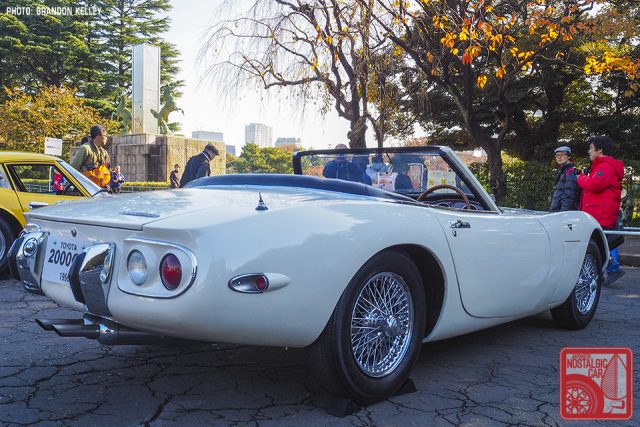 The last time Bond was in a Toyota was in the 1967 007 film You Only Live Twice. It happened to coincide with the introduction of the 2000GT, so naturally it became the first Japanese car featured in the 007 franchise. However, Bond himself never drove the 2000GT; it was driven by Aki, an agent with Japan’s secret intelligence service. The car was fitted with a bunch of Sony-branded communications equipment, including an in-car TV and VCR, very futuristic stuff for its time.

The Prado is certainly an odd choice, especially when Toyota does not appear to have any product placement deal with the filmmakers. As it turns out, the 2000GT is actor Daniel Craig’s favorite car to have appeared in the 25 007 films. No Time to Die is the final film in which he will portray Bond, so perhaps he wanted a chance to drive a Toyota before his turn was done.