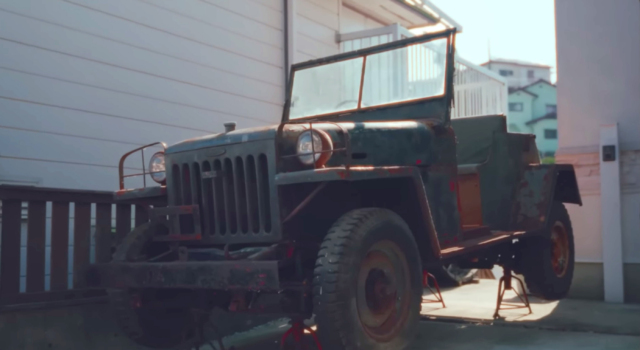 Toyota has begun restoration on a very rare Land Cruiser FJJ. Introduced in 1954, it was first Land Cruiser to bear any kind of “FJ” chassis code. Originally designed for use as a fire engine, Toyota only sold it to governments and never to private parties. Toyota themselves didn’t even have one in their collection, until now. 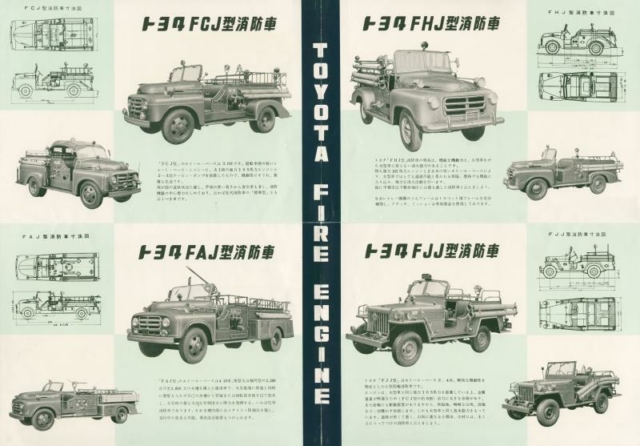 As long-time readers will know, the Land Cruiser originated in 1950 when the US military asked Toyota to build a locally produced Willys Jeep-like vehicle for use in the Korean War. The type BJ prototype was introduced in January 1951, slightly larger than the Willys and equipped with a 3.4-liter B-series inline-six making 84 horsepower. The base “touring” model had the chassis code BJT, but Toyota also offered a radio communications and firefighting variants called the BJR and BJJ.

In 1954 the “FJ” was born when Toyota dropped the 3.9-liter F-series straight-six into the fire engine variant. It was the only one of the three to get the bigger, 105-horsepower mill. Toyota had been using the F-series already in several larger commercial vehicles, and in Toyota’s fire engine catalog the FJJ was advertised as having the same power as the much more sizable FCJ but with 60 percent of the weight. The brochure also noted the FJJ’s ability to fit into tighter spaces and scale steep grades.

That same year, Toyota gave the BJ and FJ an official name, Land Cruiser. In 1955 the second-generation debuted, with the J20 and J30 chassis representing 2- and 4-door versions. In 1960 was succeeded by the J40 chassis and the rest is history. As the defining and most popular generation of early Land Cruisers, it is no surprise that Toyota owns several FJ40s. Toyota Japan has a BJ series, and we have seen an FJ25 in Toyota’s US collection. However, the transitional but seminal FJJ had been missing.

It was only recently that Toyota found an FJJ. It was located in Yokosuka, about an hour south of Tokyo. Toyota plans to release a series of videos about the FJJ’s restoration. The initial chapter sets the stage by following the acquisition of the vehicle, owned by a Land Cruiser enthusiast that also drives an FJ40 (the younger man in the video above). Nearly 70 years old now, the FJJ will require a full frame-off restoration, but beneath the flaking paint and rust, it’s clear that the former fire engine had once been red. It’s not clear what direction the project will take, but we hope it will be revived in its original firefighting guise. Stay tuned.