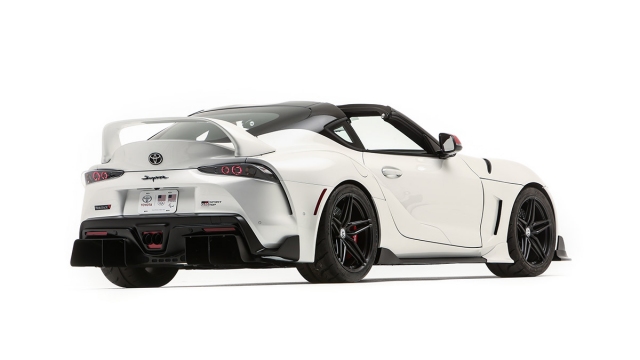 Officially revealed this morning, Toyota has brought back a feature of the legendary A80 Supra: the Sport Roof. The removable roof panel was a Supra trademark, having been a feature of both A70 and A80 generations (so in Japan, where the first two generations were called Celica XX, all Supras had this feature). Toyota calls this the GR Supra Heritage Edition, but it’s only a one-off. 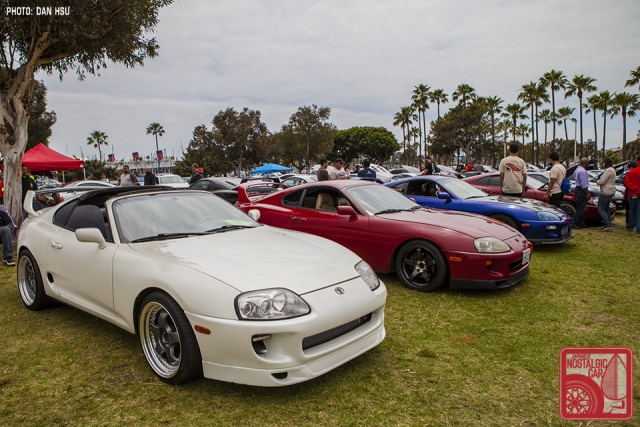 Essentially, it’s a targa roof, but since Porsche owns the trademark to the targa top, Toyota calls it a Sport Roof. Incidentally, Toyota has been using roof like this since the 1965 Toyota Sport 800. 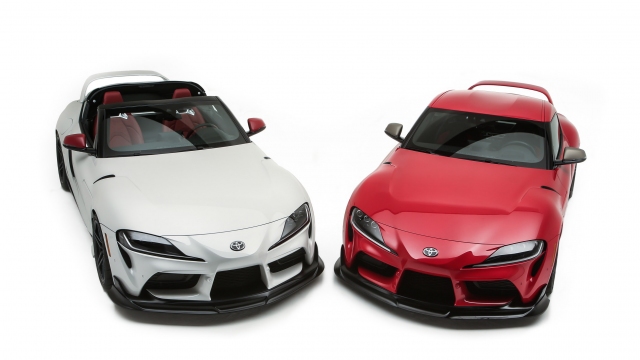 The Supra was built for what would have been this year’s SEMA show, if the event hadn’t been canceled due to the COVID-19 pandemic. Last year, Toyota debuted a fixed-head GR Supra Heritage Edition that featured the four-round-element taillights and iconic spoiler. This is a second car, with the roof chopped off. 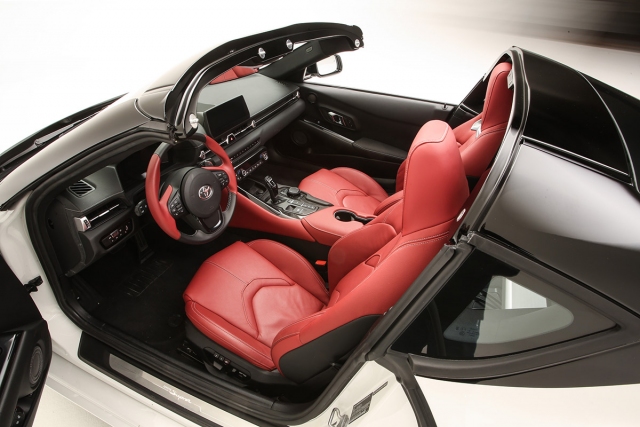 To be fair, it’s much more than a chopped roof. Toyota’s aftermarket team had to recreate the roof panels by 3D-printing the piece, and made sure it featured the same contours as the stock roof. Even though it’s a show car, the center panel can be removed and stowed in the car for practical purposes, just like the A70 and A80 Sport Roof. They also added stiffening to the roof structure 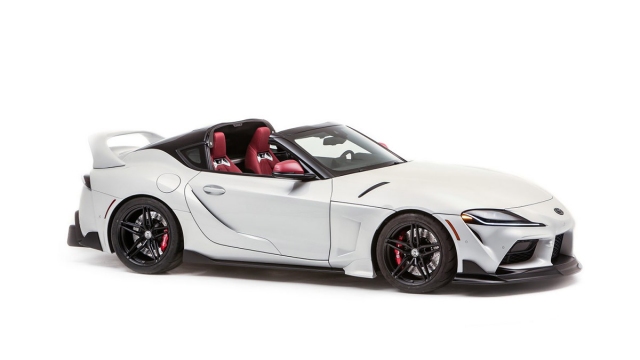 While the workmanship looks great, adding the word “heritage” or even “edition” seem like a bit of a stretch. There’s only going to be one of these ever built, and underneath the skin there’s still not much Toyota in it.

permalink.
This post is filed under: News and
tagged: A90, sema, supra, toyota.