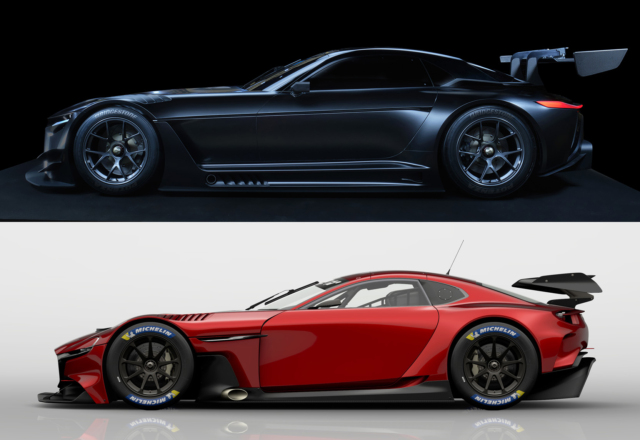 The Toyota GR GT3 Concept has just been unveiled at the 2022 Tokyo Auto Salon, signaling the Big T’s intention to enter the GT3 class of touring car racing. The car is absolutely gorgeous, hands down the best looking Toyota in the carmaker’s entire portfolio right now, and that’s because it’s essentially a reskinned Mazda RX-Vision. This is a significant development is so many ways. 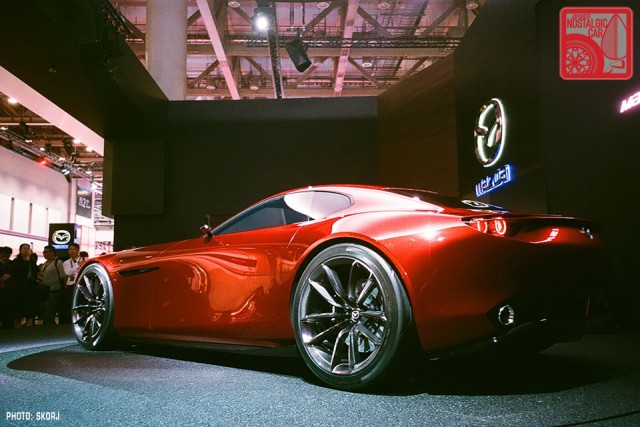 The Mazda RX-Vision was an achingly beautiful concept from the 2015 Tokyo Motor Show. It was the closest Mazda has ever gotten to an official admission that they were working on a rotary-powered flagship.

However, you can sometimes tell what car companies are saying by what they’re not saying, because something soon changed. Mazda spent the dough to ship it to the US ahead of the LA Auto Show in 2016 (air-freighting a car costs about $50,000), but it was never shown to the public. That’s because Mazda didn’t want thousands of tire-kickers asking about an RX-7 revival when the company knew it most likely wouldn’t be able to deliver. 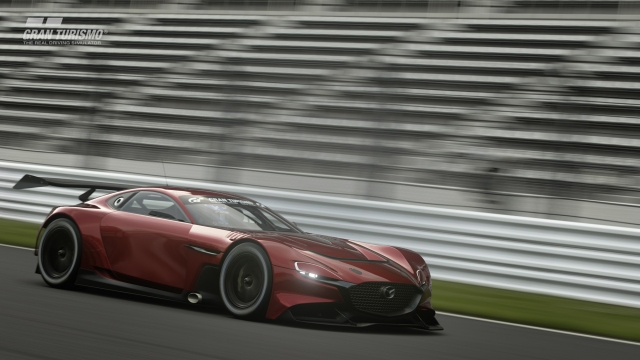 It was quiet for a few years, then the the RX-Vision was resurrected purely in the realm of fantasy. It was modified in 2020 as a race car in Gran Turismo as the RX-Vision GT3 Concept, but that car only ever existed as a bunch of ones and zeros. As long time Gran Turismo players know, there are plenty of fantasy race cars in the game that don’t have a real world counterpart. But now, the RX-Vision GT3 actually lives, sitting in Makuhari Messe as a Toyota. 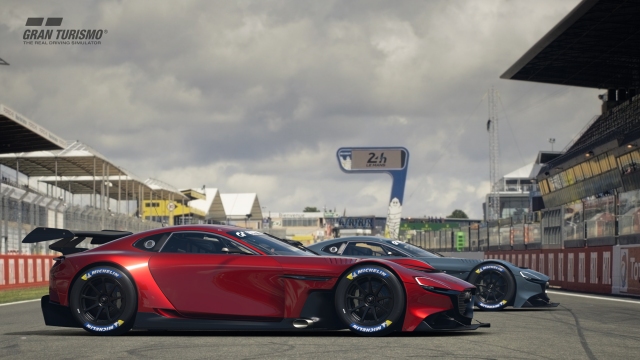 That in itself is Amazing Point No.1, the fact that this fantasy car was actually built as a life-size car. It shows that perhaps there was far more thought put into the RX-Vision GT3 Concept than it originally seemed. It wasn’t just, in Gran Turismo tradition, a matter slapping a giant wing and aero kit onto an already rendered car. 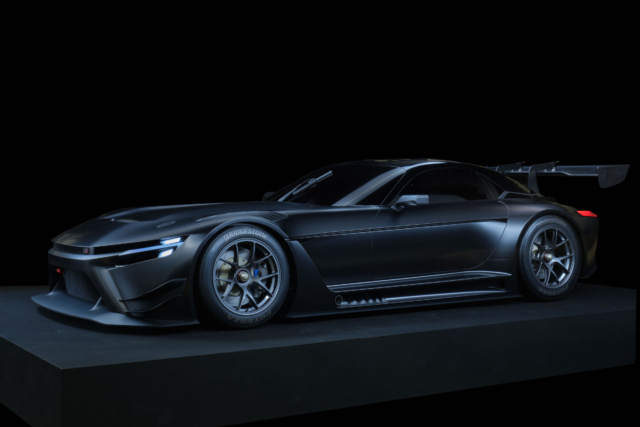 Amazing Point No.2 is that the GR GT3’s presence seems to strongly indicate that Toyota will be using Mazda platforms. Thus far, it’s only been rumored that Toyota, which owns 5 percent of Mazda, might use Mazda’s upcoming RWD platform for some of its vehicles. Here’s the first solid proof. 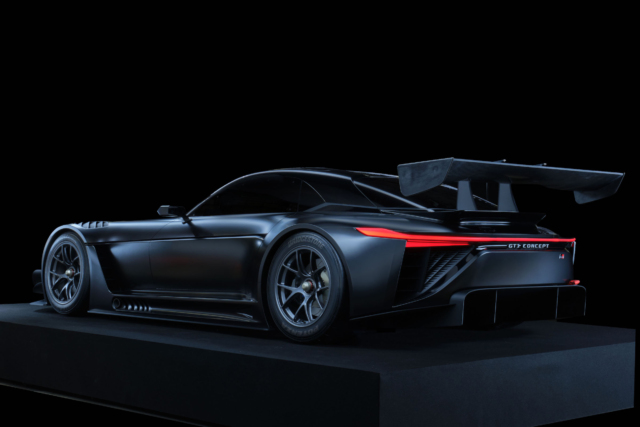 Just last month, Lexus unveiled an electric concept that also looked eerily similar to the RX-Vision. We theorized that perhaps Lexus had intended to build its own concept version of the RX-Vision, but made a sudden decision at the last minute to call it electric. We weren’t 100 percent sure, though, and it looked juuust different enough to give us pause. Add Lexus’s claim of pure battery power, and we simply couldn’t be sure. 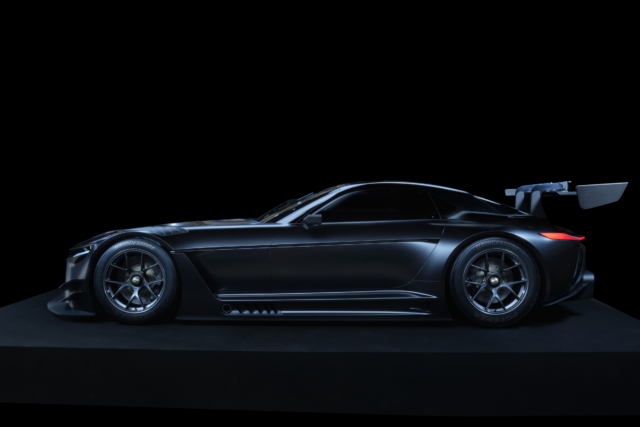 With the GR GT3 Concept, however, there’s no mistaking its origins. The roofline, the door cut lines, the fender arches, they all match too perfectly to the RX-Vision. That leads to Amazing Point No.3, the growing possibility that the RX-Vision itself will be real. 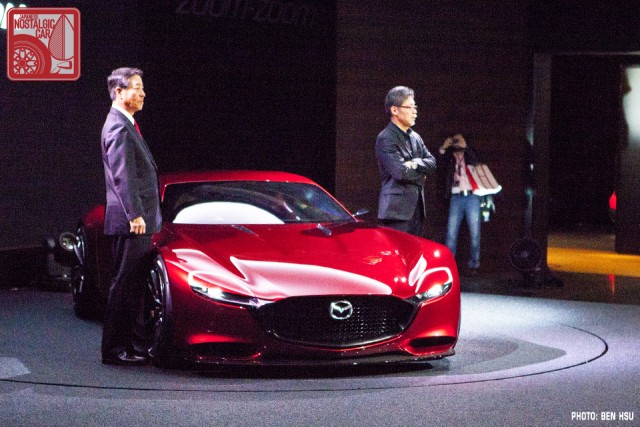 We know Mazda is coming out with a rear-wheel-drive platform, we’ve seen patent filings, and now there’s at least two, possibly three if you count the Lexus, variants of the RX-Vision running around in the real world. Concept cars almost always have only one copy. For a company to build two, as Toyota did with the Lexus LC, is rare, and that model actually made it into production. Three is unheard of.

And, it seems that the car will be developed into an actual race car. That means the Toyota GR GT3 will likely use some form of Mazda’s straight-six. Now all we need to know is if the Mazda version will come with the I6, as the sedan and SUV built on the same FR platform will, or the triple-rotor engine that Mazda is working on. If Toyota’s infusion of cash and hybrid tech is what it takes for the RX-Vision to manifest, it’ll be a win, especially for enthusiasts.

Some images courtesy of Toyota, Mazda.