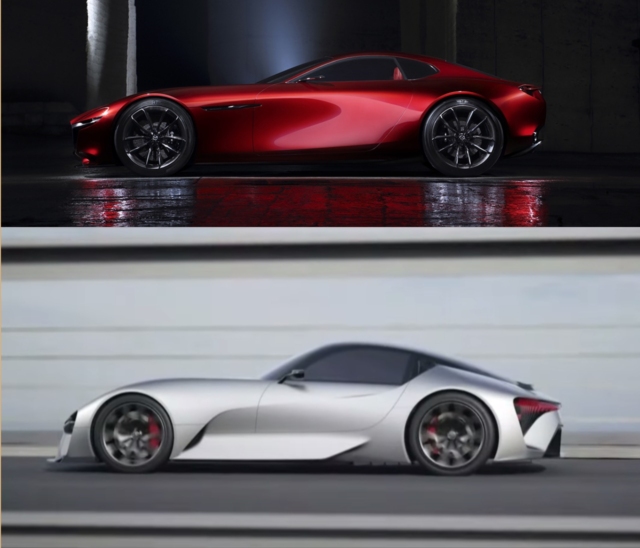 Akio Toyoda surprised the world with a mega press conference yesterday, announcing Toyota’s plans for electrification. He showed no less than 16 concept cars in dramatic fashion, talking about a packed lineup of five before dropping the false wall behind him and revealing 11 more. A few of them stood out in particular, including a Lexus flagship called the Electrified Sports that looks suspiciously like an old friend, the Mazda RX-Vision. 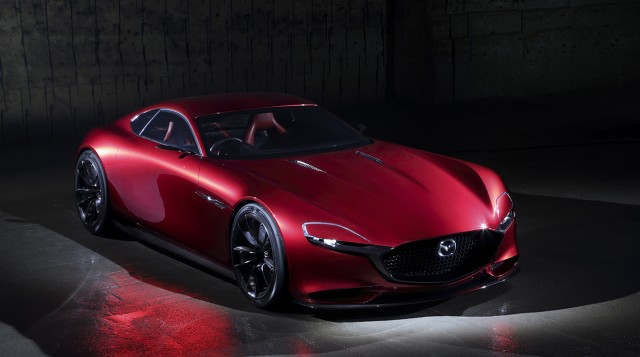 First, the Mazda side. We’ve been in love with the RX-Vision ever since it debuted at the 2015 Tokyo Motor Show. We’ve been patiently waiting for something like this to actually come out, even if it doesn’t have a rotary engine. We know Mazda is coming out with an FR platform with a straight-six, and patent filings indicate that one of the body styles under consideration, in addition to an SUV and sedan, will be a coupe with styling cues from the RX-Vision concept. 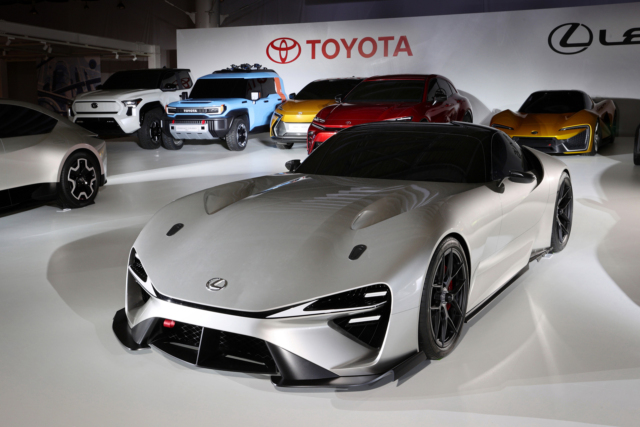 It’s been rumored that Mazda will share its FR platform with Toyota, which owns a 5 percent stake in the Hiroshima company. A premium sports car like a reborn Lexus SC or next-generation LC would seem to be the perfect candidate. As one of our sources from Mazda said, “Toyota won’t build a sports car alone anymore, and neither will Mazda.” 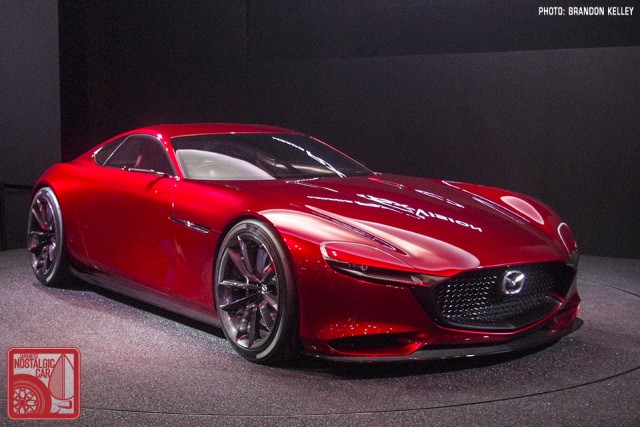 Of course, there’s one tiny problem. Akio Toyoda said that all the Lexus concepts he showed today, and indeed all Lexus vehicles from 2035 on, will be 100 percent electric. This Lexus Electrified Sports will even come with a solid-state battery. Mazda’s straight-six vehicles are likely going to be mated with a PHEV system, but that’s still not a full battery electric. So what happened here? 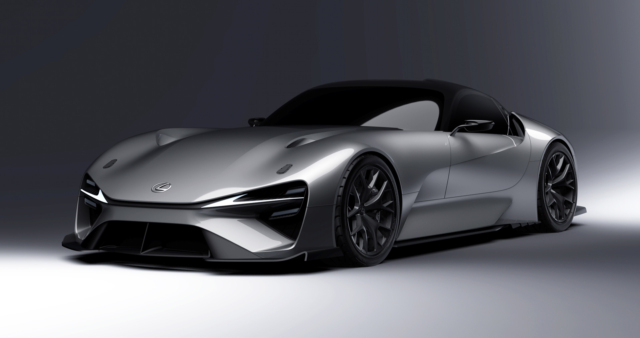 Well, this is purely speculative, but here’s what we think happened. Lexus was indeed working on its own version of the RX-Vision, or whatever the Mazda FR coupe is going to be called. Either they used some data and maybe even copied some of the underlying frame. It’s a concept, so there might not be a full chassis and interior under the skin. Or, they may have de-bodied an earlier full-size RX-Vision model that was never shown to the world and put the Lexus design over it. 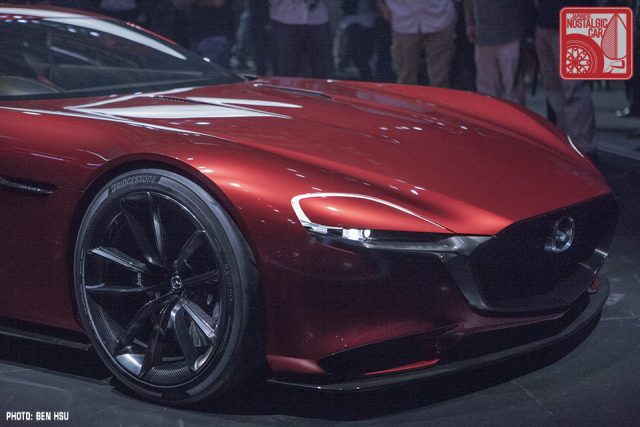 But then, because Toyota has been getting absolutely hammered in the press about its refusal to go full electric (the say it electric is just one of many technologies, such as hydrogen, that will help reduce emissions), they quickly called this concept an EV and trotted it out for Toyoda-san’s speech. In other words, this concept is older than the decision to give Lexus an all-electric lineup.

What this means for the Mazda coupe, we don’t know. And don’t worry, our source says Mazda would never destroy the RX-Vision to build another concept on top of the frame (other concepts have not been so lucky). Rest assured, the most stunning concept in the last decade or two will remain in tact. The Mazda FR platform and straight six are still planned to continue as of now, but it looks like any planned Lexus version might have been cut.