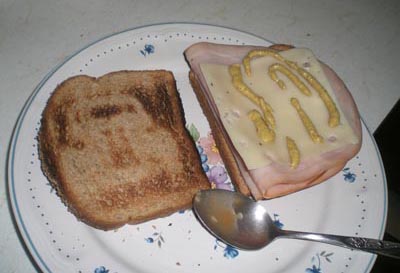 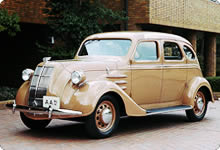 Today is Resurrection Day, and as everyone knows, long-dead spiritual figures just love to reveal themselves to the world via pre-sliced bread conveniently warmed by modern kitchen appliance. Toast is the medium of choice, in fact, for the likes of Jesus, Elvis, and even non-dead icons such as the King of Pop and Runaway Bride. The Virgin Mary‘s whole wheat visage pulled in $28,000 on Ebay despite having a bite taken out of it. What then, are we supposed to make of this 1936 Toyota AA that appeared on one slice of this ham and cheese holder?

The AA was Toyota’s first passenger car, and the company is quite proud of the fact that it was engineered and built entirely in-house at a time when many of its rivals were assembling complete knock-down kits. The styling is among several post-Chrysler Airflow designs, one of the earliest based on the principles of aerodynamics pioneered by Tatra designer Paul Jaray. Keep in mind that most cars at the time still featured bolt upright radiator grilles and long, swooping fenders with wide running boards, elements the AA unfortunately somewhat retained. So beauty wasn’t its strong point, but it’s the Toyota that made all the Celicas and Corollas we now love possible.

Anyway, about that toast… 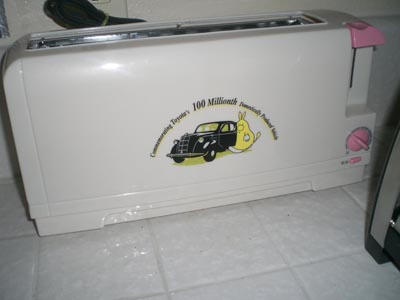 permalink.
This post is filed under: nostalgic eats, pre-war, toyota.