As many readers may know, I daily drive a Cressida wagon. That means I am part of the Toyota Cressida! Facebook group and occasionally get its posts in my feed when Zuckerburg feels like it. Recently, one of its moderators had a pretty hilarious meltdown that quickly grew into one of the most commented and liked posts in the group’s history. 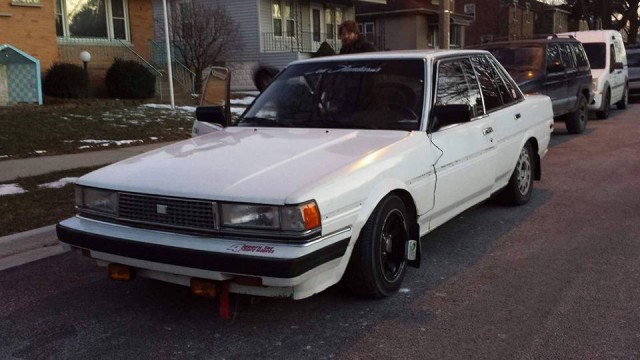 Below is the verbatim post from group moderator Alex Gibbons:

ALRIGHT FUCKERS LISTEN UP, many of you don’t know me, as I don’t post alot on this page BUT I do however monitor everything that occurs here. I’m like the unbiased admin,I’m barley into cars anymore, I think half the cressidas on this page look good and the other half look like UFO’s (cover photo cough lol jk) but I’m really just here to help delete all the spam and other stupid shit non cressida related you don’t wanna see on this page. But if I see one more punk ass kid take a perfectly good fucking car like the one pictured [in the lead photo] and then turn it into a piece of shit [photos above and below], I’m going to slap the fuck out of you, you should jump off a bridge after dousing yourself in gasoline and igniting it, with an m80 in your mouth you son of a bitch why?! Do you know how many of these things are fucking left in the world?! might as well go shoot a fucking wooly mammoth!

He then posted before and after photos of the same Cressida, a once relatively well known car in the group until the owner sold it. If you can look past the grammar and the fact that wooly mammoths went extinct several thousand years before recorded history began, the sentiment is valid. Predictably, many in commenters rebelled, posting photos of their now “ruined” Cressidas proudly. 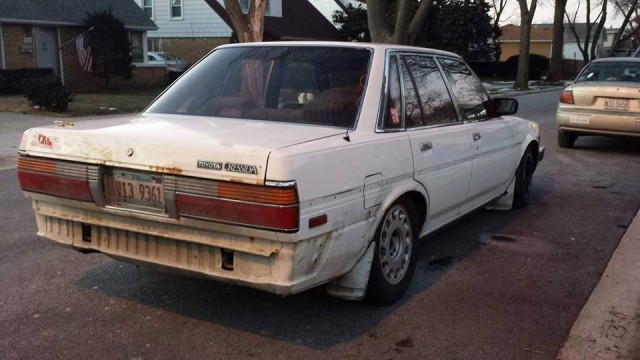 Keep in mind that eight years ago or so, you could find unmolested Cressidas all day long on the list of Craig selling for Donald Trump’s pocket change. Today, you’d be lucky to find an untouched one at all. Their affordability and cool factor have introduced a whole new generation to the thrills of the RWD sedan. To be fair, the current owner says he bought it that way and will restore it to its former glory. We can only hope that’s true, especially as it’s already wearing the JNC inkan.

permalink.
This post is filed under: toyota and
tagged: cressida, toyota.