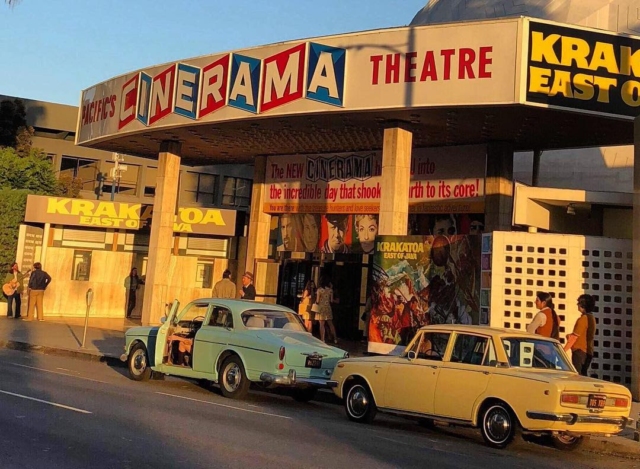 Spotted on the set of the latest Quentin Tarantino film were a Toyota Corona RT40 and a Volvo Amazon sedan. The film, called Once Upon a Time in Hollywood, is set in 1969 and centers around the Sharon Tate murder at the hands of Charles Manson’s cult. The movie stars Leonardo DiCaprio, Brad Pitt, and Margot Robbie. The cars were snapped in front of the Arclight Theater in Hollywood, decorated to look like it did in period. We don’t know any more about the movie, but hopefully the Corona gets a decent amount of screen time.