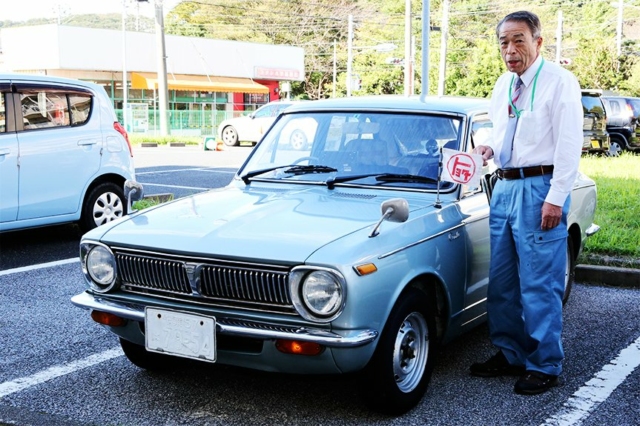 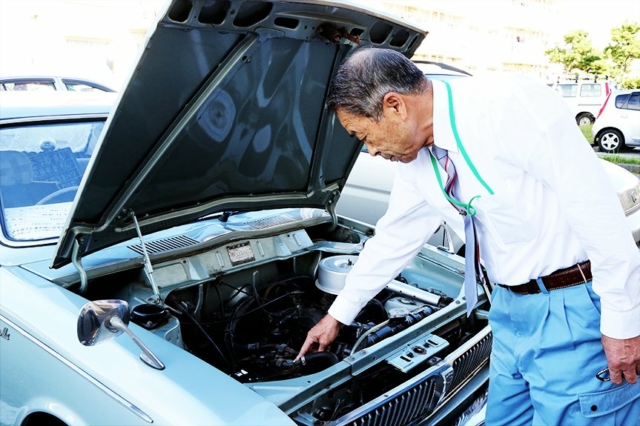 As every article about Mr Asada’s Corolla is quick to point out, the car has traveled the equivalent of 14 trips around the Earth. When the Kimitsu City, Chiba Prefecture resident bought the car over half a century ago, it cost him two years’ worth of salary. The 1.1-liter OHV K-series four-cylinder made 60 horsepower. The Corolla was still a brand-new nameplate at the time, and Toyota advertised it against the market-leading Nissan Sunny (aka Datsun 1000 in the US) as having 10 percent more displacement.

The age of car ownership was just dawning in Japan, and conventional wisdom demanded that a man needed a car if he was going to date. “I felt like I wanted a car because I was young,” Asada-san said in a recent NHK profile. Taking his Corolla out on the town, he eventually met his wife, Mitsuko.

“I really enjoyed driving around in it,” Mr Asada remembers. “However, the road conditions at the time were awful. It was gravel roads wherever I went, and the car would be covered in dust after a day’s driving. So I washed it all the time.”

“I don’t recall having taken any special maintenance measures,” Asada-san told Toyota. “The only thing I was careful about was to change the oil every 3,000 km [1,860 miles]”. Nowadays, however, oil quality has improved so much he’s stretched the intervals to 7,000 km (4,350 miles) he said in an interview with 47news. 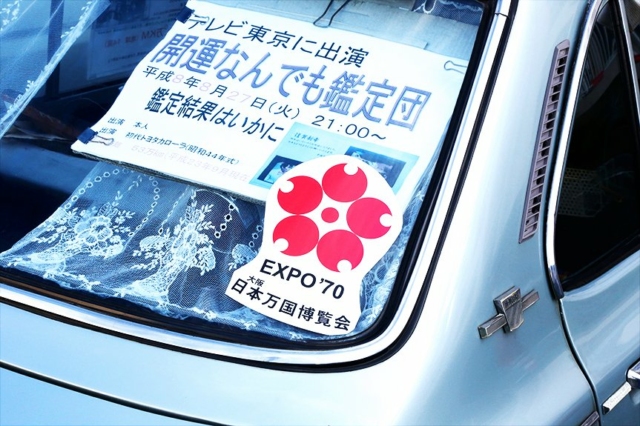 Asada-san kept fastidious maintenance and repair records. He’s on his third binder, with each one over 10 cm (3.9 inches) thick. Meanwhile, the car is still on its original engine, though it received an overhaul when it was “well past the 400,000 km [248,500 mile] mark”.

Over the years parts for the Corolla  have gotten scarce, even in Japan. Many parts have been discontinued by Toyota, so Asada-san has had to expand his search overseas. The fender mirrors and dynamo were imported from Thailand. The fuel pump was ordered from the UK. The original exhaust pipe has long rusted away, so the car currently wears a muffler shop custom job. Even the tires were imported. Other parts, like a wiper fluid reservoir installed in 2020, were borrowed from other models. The Corolla’s been repainted its original gray 10 times.

Impressively, Mr Asada has been able to pass Japan’s notoriously strict Shaken roadworthiness inspection, which gets more expensive as the car ages. He estimates that he’s spent “about as much as buying a house” to keep his beloved Corolla on the road. The car has even outlasted the green lettering on its original license plates.

One of Asada-san’s most memorable road trips with the Corolla took place in 1992. His mother had wanted to see her hometown in Miyazaki, on the western island of Kyushu. They took a car ferry there from Tokyo Bay with the Corolla, then drove the 1,300 km (800 miles) home. “My mother has since passed away, but that trip really made her happy,” Mr Asada said.

The Corolla was still truckin’ as recently as 2016. Asada-san said he’d just taken a round trip to Miyagi Prefecture, and the Corolla made it “without a hitch” over a distance of 1,200 km (745 miles). He’s also been taking it to local car shows, including fundraisers for Japan’s earthquake relief charities.

After 53 years, it’s no wonder the Asada family treats the Corolla like a part of them. A recent NHK story showed photos of Mr Asada’s oldest daughter as an infant in 1977 lying in the passenger seat. That photo was recreated in 1998 by that very daughter with her own daughter, Asada-san’s granddaughter.

Now, however, it’s time for the Corolla to go to a new home. It will be part of a new museum to be opened in Toyota City, headquarters of the Toyota Motor Corp. The museum has a theme of history and culture, and will be opened in 2024.

For the Asada family, the farewell will be bittersweet. “Thank you for your many years of hard work,” Mitsuko says to the car in the NHK piece. It must be difficult to let go of such a loyal companion after five-plus decades. “I was glad that it would be permanently preserved,” Asada-san tells the news outlet. “If I go to the museum, I can always see it again.”

permalink.
This post is filed under: News and
tagged: corolla, e10, toyota.