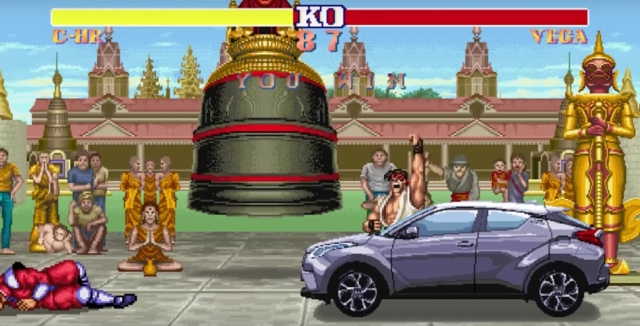 The car may not be nostalgic, but the game certainly is. Toyota has enlisted the help of the Street Fighter II cast to promote the new C-HR. In the new ad, Ryu drives the car around the world through some familiar settings, but it sure does look like he just cold ran over M. Bison in cold blood.

The entire cast of the 1991 game Street Fighter II is reunited for the ad. Let’s all sweep under the rug, however, the fact that the bonus stage had characters destroying a Toyota Celsior. Oops. 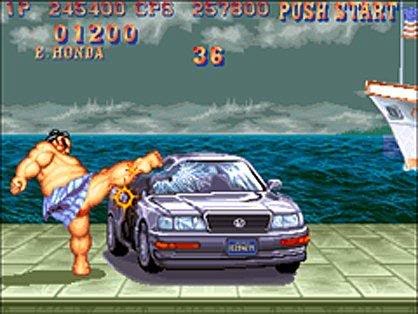 Here’s another ad in the series, involving a mega set of Tomicas.