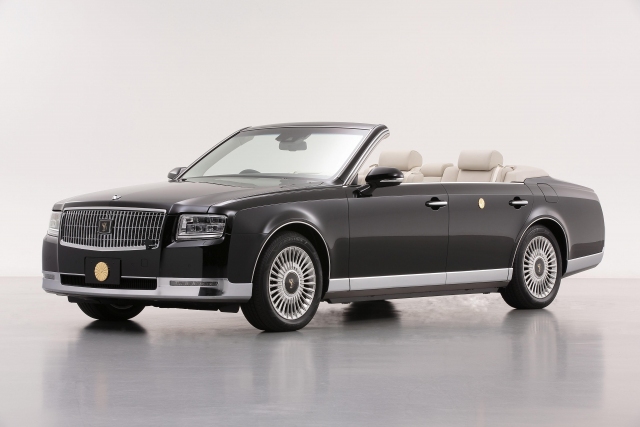 The 30-year Heisei Era came to an end and the Reiwa Era began with the official transition of royal rule on May 1 of this year. However, the new emperor’s actual coronation ceremony, which expects foreign dignitaries and envoys from 190 countries, doesn’t take place until October 22. On September 19, photos were released of the car that the royal family will be taking to the succession ceremony — a convertible Toyota Century. 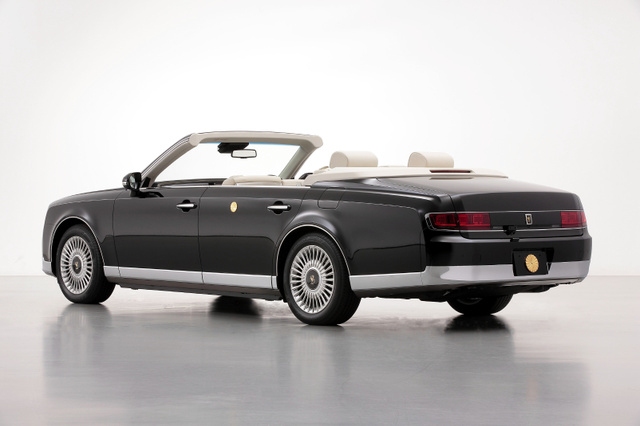 Called the “royal parade car,” it will take Emperor Naruhito on a 4.6-kilometer (2.85 mile) route from the Imperial palace, through Tokyo, to Akasaka Palace. The route will take 30 minutes and was chosen for minimal traffic disruption and maximal photo opportunities for spectators.

As for the car itself, it is based on the third-generation Toyota Century, unveiled at the Tokyo Motor Show in 2017. It is, as we’ve mentioned before, a car steeped in tradition, from the hand-carved grille emblem (a six-week process) to the seven-stage paint job thrice wet sanded by craftsmen. In addition to the removal of the top, the rear seats are 4cm higher than stock and the seatbacks fixed at 25 degrees for unobstructed views of the royals as the motorcade glides by. It also wears a gold imperial seal on the front bumper in lieu of a license plate.

After its short inaugural route, the Century will be occasionally displayed at palaces in Tokyo and Kyoto, and also called into duty during special events like the upcoming 2020 Olympics in Tokyo. It is the royal family’s first parade new car in 30 years. The last one, a 1990 Rolls Royce Corniche III, was used only twice.

Thanks to Masa K. for the tip!