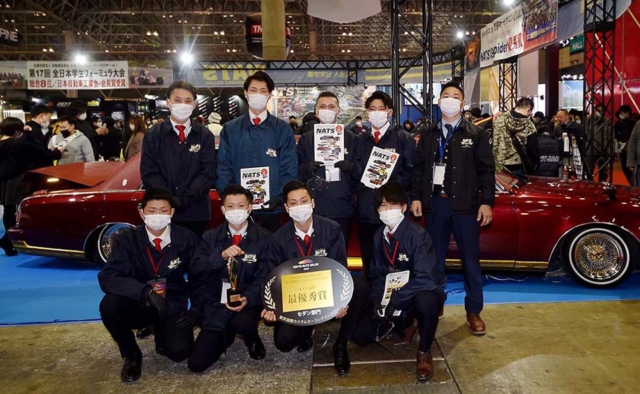 One of the most notable displays at each year’s Tokyo Auto Salon belongs to NATS, the Nihon Automobile Technical College. As students there learn automobile maintenance, repair, and customization, they get to build some of the coolest (and most fun) school projects of all time. This year, one such creation, an insane Toyota Century limousine lowrider, took the top prize in the sedan category, beating out a slew of professional shops for the honor. 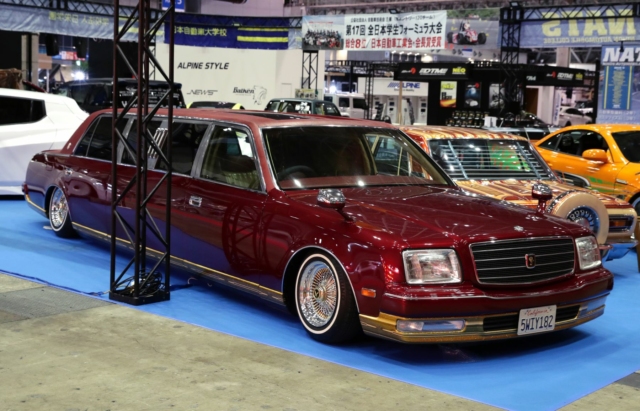 This isn’t the first time NATS has won a TAS Grand Prix award, but in a convention center overflowing with A90 Supras and GR86es, the old school V12 Century stood out. Described as a fusion of Japanese and American style, the car takes inspiration from the lowrider style that originated in Los Angeles and applies it to the most traditional of Nihon sedans.

Its slammed ride height comes courtesy of a full Skipper Hydrualics suspension and 15x7J Roadster wire-spoke wheels wrapped in 185/65-R15 tires. The Century typically comes in either black, or colors so dark that they’re mistaken for black, but the lowrider comes in an eye-popping metal-flake gold and burgundy two-tone. Team lead Ruka Kurasaki divluged, however, that the burgundy is actually the OEM paint on a Honda CR-V. 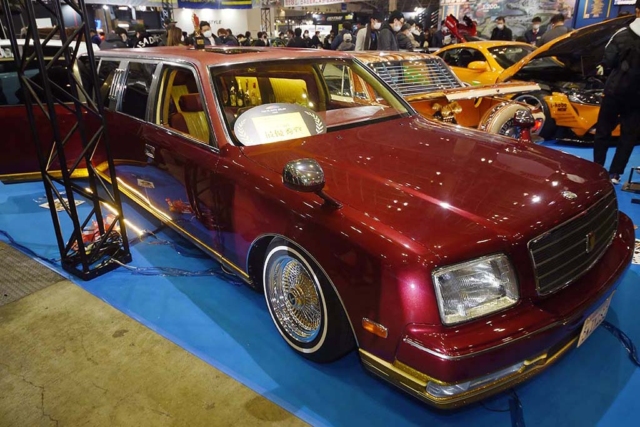 The most mind boggling aspect of the Century is the fact that it was extended by 1,400mm, over four and a half feet, including a Continental kit fifth wheel at the rear.  The stock Century is already long, at 3,025mm (119.1 in), so the stretched car ended up being positively gargantuan. It probably won’t even fit down half the streets in Tokyo. 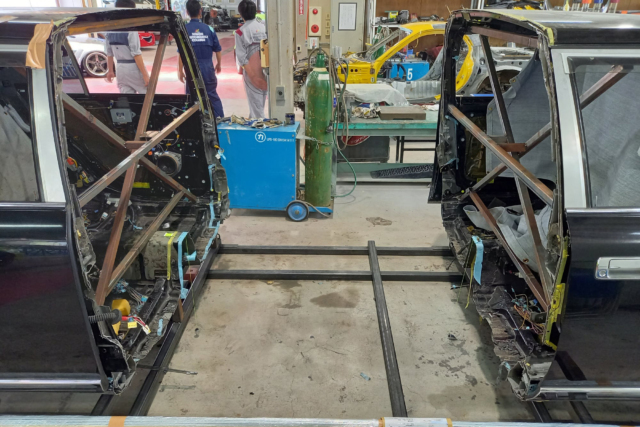 In fact, Kurasaki-san revealed to the Auto Salon judges that the school had originally given him permission to lengthen the car by just 1,000mm, concerned that a longer vehicle wouldn’t fit in a paint booth or loaded onto a standard trailer. However, he secretly stretched it to 1,400 and only reported it to his superiors after the fact. 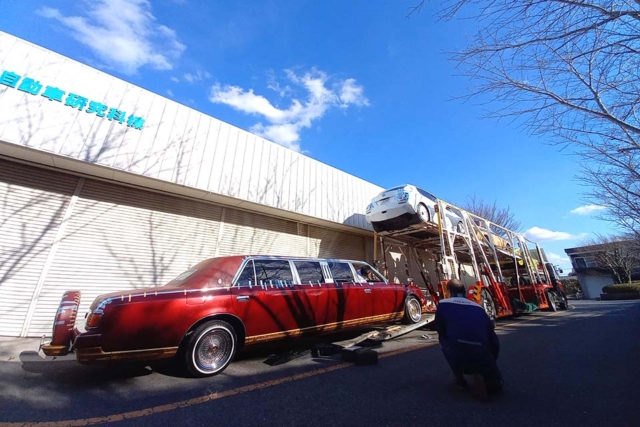 In the end, it all worked out anyway. 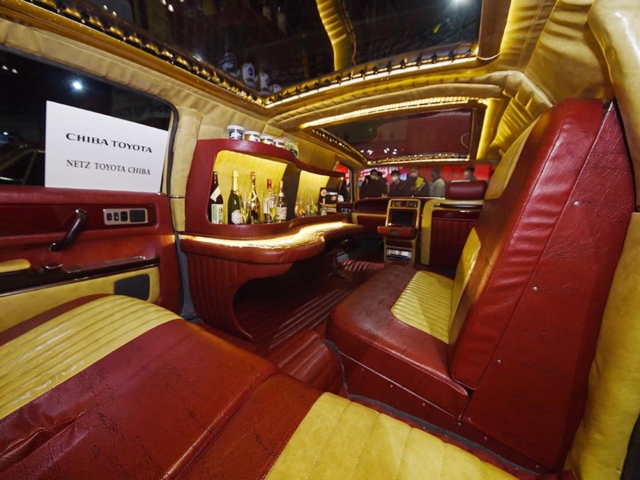 The extra length allowed the students to build a full bar on the inside. Overhead, the panoramic roofs from two Honda Airwaves would let occupants, in theory, view the skyscraper canyons of Tokyo should the car ever be let loose on its streets.

A massive sheet of leather covers the roof. Kurasaki-san says that was one of the more difficult jobs, requiring a mold of the roof, a template cut from a very large piece of leather, and stitched together via sewing machine. The interior was all molded and hand built with wood and custom sewn. 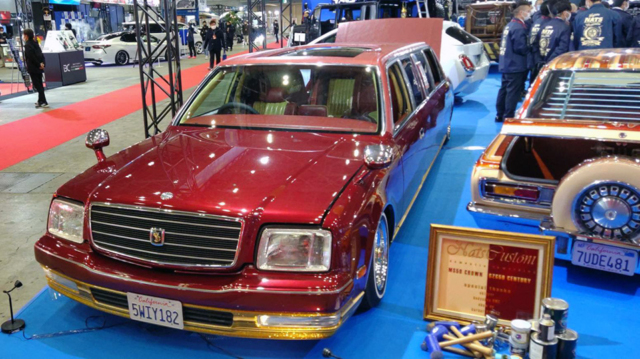 The whole car was built by a team of eight students overseen by an instructor, with a total budget of ¥1 million (just under $9,000 USD). Originally, Kurasaki wanted to swap the front end with that of a new Century, but ran out of money. It took them just 120 days to complete the build, an impressively compressed timeline. 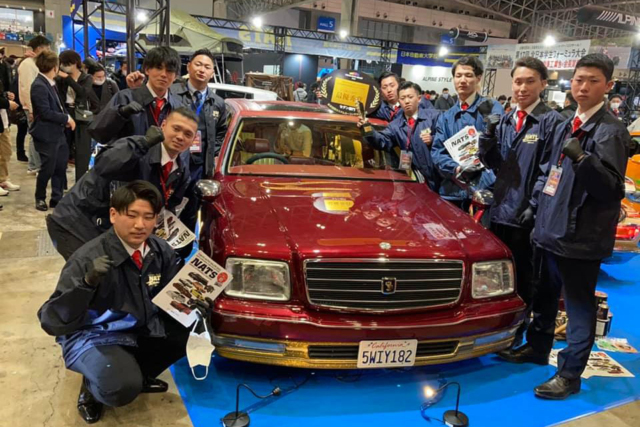 As a finishing touch, the lowrider even wears a California license plate to connect it to its inspiration style’s origins. Though lowriders are quite popular in Japan, the Century nevertheless made a strong impact. It’s not quite the typical Auto Salon fare, but even if the car was somehow magically transported to the streets of LA, we’re certain minds would still be blown.