From our English Channel bureau, courtesy of UK reader Mash and a French 2000GT enthusiast, here’s some photos of the Toyota Automobile Museum to start the new year off right. Eagle-eyed viewers will notice that not all of the vehicles within are necessarily Toyotas. That’s because while the Big T owns the museum, the facility is more of a celebration of the car as an entity. Classy!

Next, from the faith in humanity bureau, the reason we didn’t bring you photos of the museum sooner. When we visited in the winter of 2003-04, a combination of poor planning, a miscomprehension of Japanese geography, and a primitive camera sporting a resolution of approximately 9 pixels conspired to prevent this particular destiny.

Back then, the ultra-cool mag-lev train taking you to the museum’s doorstep hadn’t been built yet, so there we were, wandering around an Aichi bus depot like a couple of wide-eyed gaijin tourists, which is, of course, exactly what we were. We asked a kind Japanese businessman 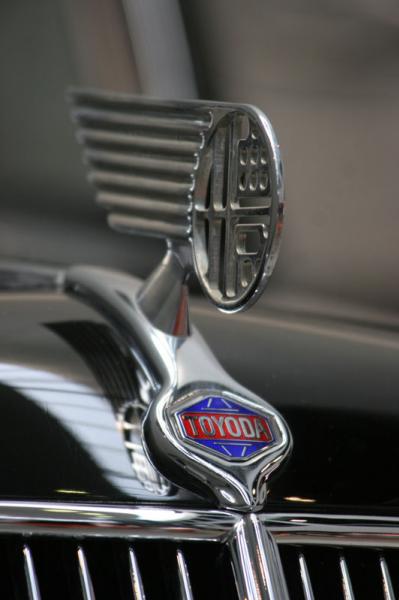 for the right bus queue, and by asking, we mean pointing to the museum brochure and gesticulating like an itchy chimpanzee in a game of charades, but miracle of miracles, he actually understood!

Instead of directing us to our bus, however, he glanced at his watch, asked us to follow him, and hailed a taxi. Jumping in the front seat, he told the driver in Japanese what we can only assume was, “To the Toyota Museum, and step on it!” We arrived about 45 minutes before closing, but without him, we would have missed it entirely. We insisted on paying for both the ride to the museum and his fare home, but he would have none of it. We said arigato gozaimasu until the taxi left, bolted up to the third floor where all the Japanese cars were, and took a bunch of blurry, dim photos that were too embarrassing to post.

If the unnamed gentleman by some chance reads this, thank you so much and Happy New Year!

permalink.
This post is filed under: japan, museum, toyota.