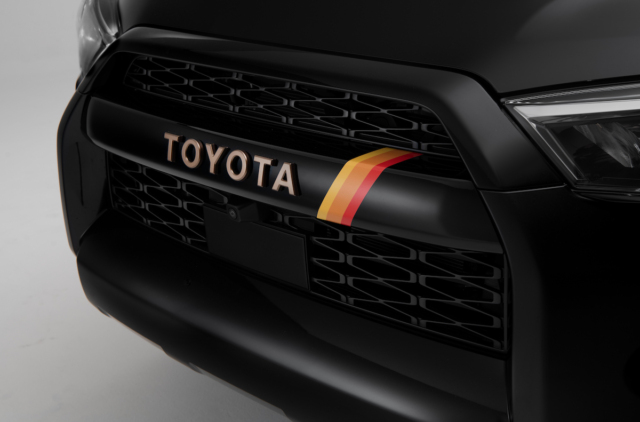 The Toyota 4Runner, or HiLux Surf as it’s known as in Japan, debuted in October 1983. In simplest terms, it was a a HiLux pickup with an extra row of seats and a fiberglass bed canopy on it. Now, for the 2023 model year, Toyota is celebrating four decades and over 4 million in sales of one of the most popular SUVs in history. 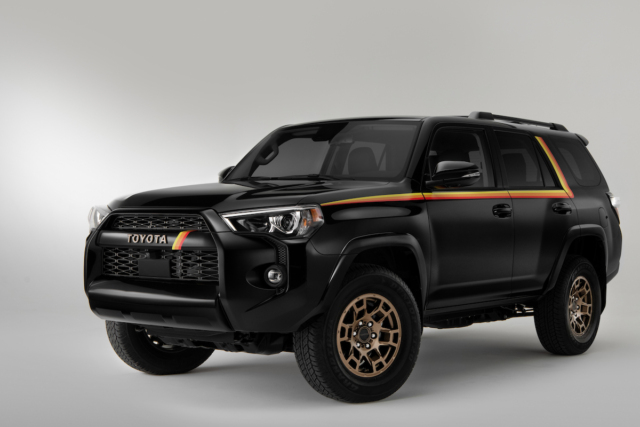 The 2023 Toyota 4Runner 40th Anniversary Edition certainly looks snazzy. It’s got an old school Helvetica “TOYOTA” on the grille instead of the three ovals. It comes with 17-inch TRD wheels that are usually only available on the top-shelf TRD Pro models, except these are bronze to match the rear badging. And, it’s not shy about rocking bold tricolor stripes inspired by TRD USA’s racing livery. The whole thing looks like a 1980s Buddy L truck made real.

And check out that incredible 40th Anniversary badge. It looks like the entrance to a Caldor department store circa 1979. Inside, the theme continues with a similar badge on the glove box. The logo is also stitched into the headrests and possibly floormats, while the stitching on the seats themselves and the gear selector are also bronze.

It comes in only three colors — White, Midnight Black Metallic and Barcelona Red Metallic. Regrettably, the 40th Anniversary Editions are based on the SR5 Premium trim level, which is geared more for comfort. It lacks features like a locking rear diff, crawl control, or KDSS. In other words, it’s mostly an appearance package.

The powertrain remains unchanged, with Toyota’s evergreen 4.0-liter V6 making 270 horsepower and 278 lb-ft of peak torque. Toyota also released a spot for the trucks featuring 4Runners of multiple generations. A bit cheesy, perhaps, but nice to see. Appropriately, Toyota is making 4,040 of the 40th Anniversary 4Runners for the US market. 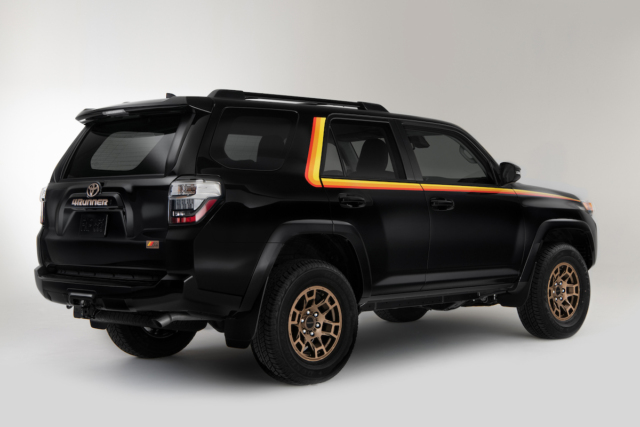 Typically, Toyota likes to make these anniversary edition cars when the generation is on its way out. With the fifth and current gen 4Runner having been on the market for 13 years (production began in 2009 as a 2010 model year), it seems likely that a 6th gen is imminent. There was no need for Toyota to rush it, since its still riding a wave of off-road goodwill with the global release of the J300 Land Cruiser. Also the Land Cruiser Prado, which shares a platform with the 4Runner, is expected to come out in 2024.

This also means the current gen has occupied almost a third of the 40 years this special edition is celebrating. But unlike the 370Z or Frontier, the 4Runner has managed to maintain their cool factor over that time. Now that’s definitely something for Toyota to celebrate. 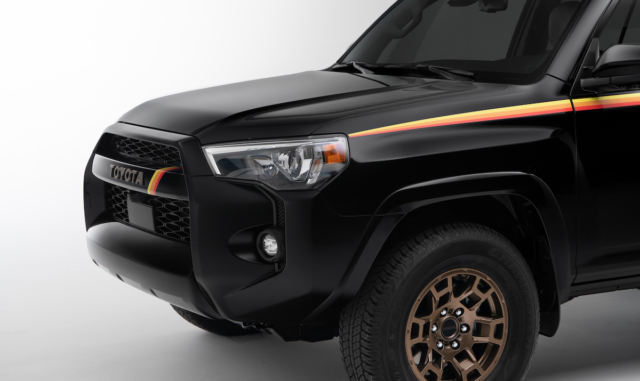 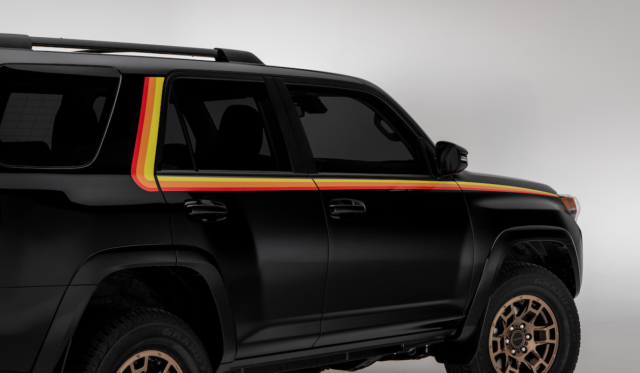 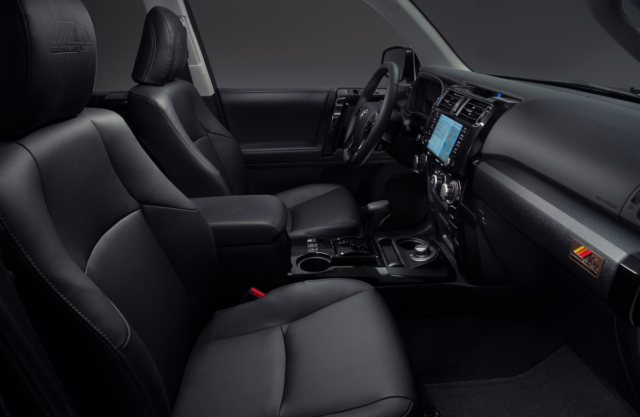 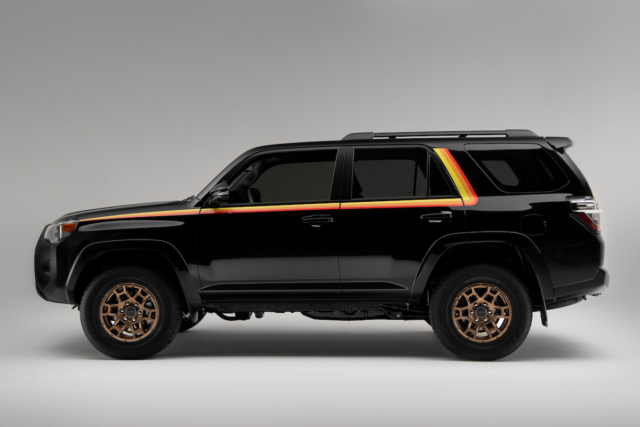 permalink.
This post is filed under: News and
tagged: 4runner, toyota.