The third-generation Toyota 4Runner brought it into the modern age 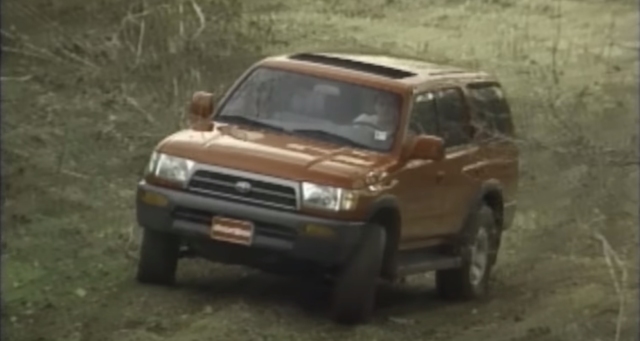 The third-generation Toyota 4Runner ushered the model into the modern age. Split from its HiLux pickup roots, it was a fully modernized SUV that still managed to maintain its off-road cred. It arrived at just the right time for Toyota, too, at the start of an SUV boom that caught rivals like Honda off-guard with no equal in the lineup.

It’s no wonder the 1996 4Runner got excellent reviews from Motorweek. Compared to his pickup-based predecessor, it was much more livable. It was also a quantum leap in terms of capability, with updates like rack-and-pinion steering. Its 3.4-liter 5VZ-FE V6 made 183 horsepower and 217 lb-ft of torque, a tremendous increase from the previous generation’s 150 horses and 180 lb-ft. As such, 0-60 could be reached in just 9.5 seconds, and towing capacity jumped from 3,500 to 5,000 pounds.

You could get into a 4Runner for as little as $19,908 for 2WD 4-cylinder base model, but the real meat was on the $25,568 4WD SR5 V6. That let you in on some of the off-road friendly features like a locking rear diff, or a clutch start cancel button on manual 4Runners that let the engine be started in gear without depressing the third pedal. It was rated for 17 city/19 highway mpg, but Motorweek managed to get a 19 mpg average tooling around Owings Mills, Maryland.

This sweet spot combination of user friendliness for mall crawlers and harder core off-road ability for 4-wheelers is what made the 4Runner a hit. It was so good, in fact, that one could argue it helped accelerate the demise of the Supra and other sports cars during that time and helped cement Toyota’s reputation for 4×4 prowess that stands to this day.

permalink.
This post is filed under: Video and
tagged: 4runner, Motorweek, N180, toyota.