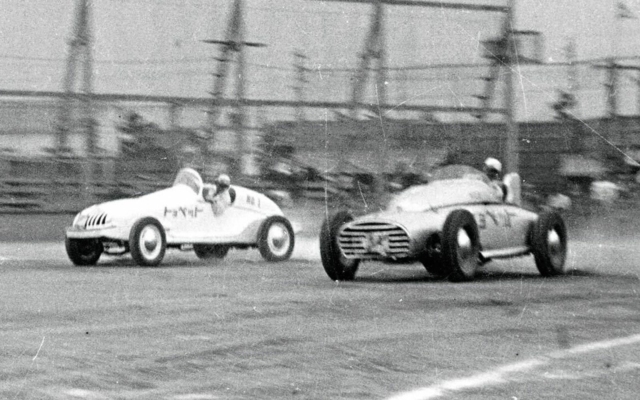 For decades in the western world, the origins of Toyota’s motorsports history lay at the foot of the 1957 Toyopet Crown, which competed in that year’s 10,563-mile running of the Mobilgas Around-Australia rally. Many of Toyota’s own materials have reinforced that narrative However, it was recently revealed that, in fact, Toyota’s first race car came much earlier in the form of the 1951 Toyopet Racer. 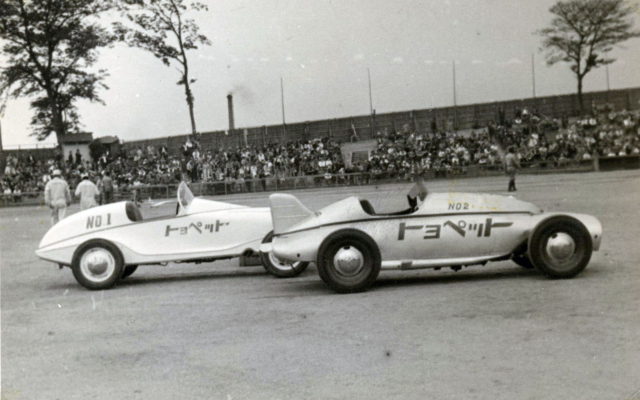 According to Toyota UK, the Toyopet Racer’s existence had been long forgotten and was only rediscovered when an ex-Toyota employee, Hideo Matsumoto, published his 2018 book, Prehistory of Toyota’s Motorsport Activities – Covering mainly Toyopet Racer and Mobilgas Rally (Round Australia) 1951-1961. As Toyota UK says, even most people within Toyota had not heard of the car.

The Toyopet Racer was believed to be a pet project of Kiichiro Toyoda, the man who founded the automotive division of Toyoda Loom Works, which would eventually become Toyota Motor Corporation. Forming the car’s chassis was the ladder frame of a 1949 Toyopet Model SD sedan (above, right), itself borrowed from a Toyota Model SB truck. Engineered for unpaved roads, durability and ease of repair took priority over agility. 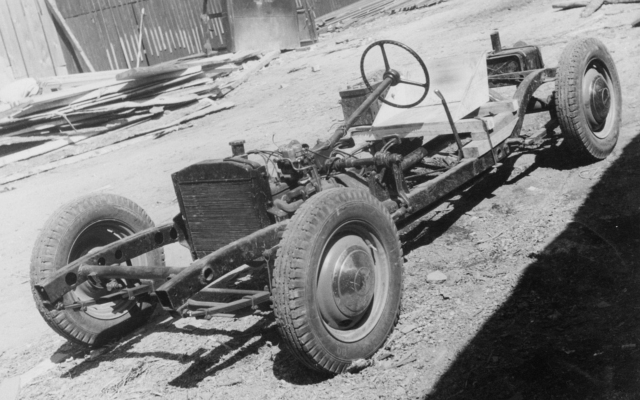 Leaf springs and beam axles supported the chassis, while power came from a water-cooled, side-valve, 995cc four-cylinder S engine. The motor produced a scant 27 horsepower, propelling the car to a 48 mph top speed. The SD employed an all-steel body and the vehicle weighed 2700 pounds in total, but with a single-seat setup and race car bodywork, that may have been significantly reduced. 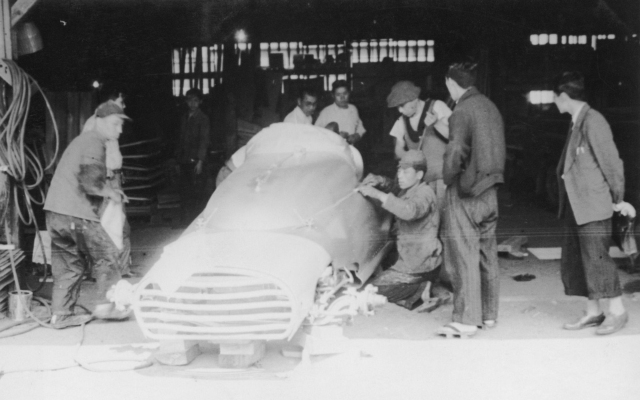 Kiichiro Toyoda had intended to build six Toyopet Racers but only two were ever completed. They were named No.1 and No.2, built by Toyota regional dealership companies Osaka Toyota and Aichi Toyota, respectively. Each one was responsible for their own design, resulting in dramatically different sheetmetal over the same chassis. 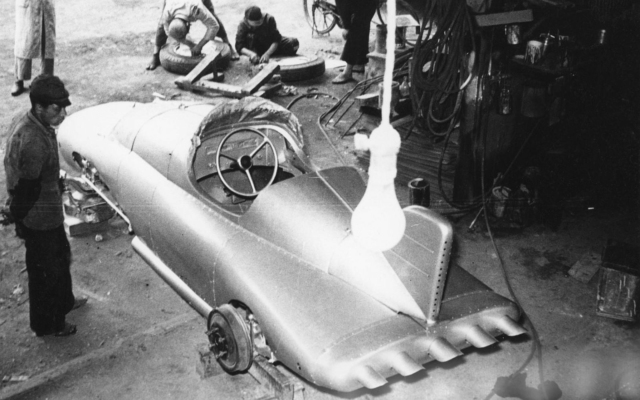 It’s not surprising that the Toyopet Racer never finished its intended production run. The early 1950s was a tumultuous time for the company, with labor strikes, recession, and supply chain issues slamming the country’s auto industry. According to Toyota UK, Kiichiro Toyoda took the unprecedented step of splitting the company along manufacturing and sales divisions. The action gave the sales side more freedom, and in turn the ability to fund the race car program. 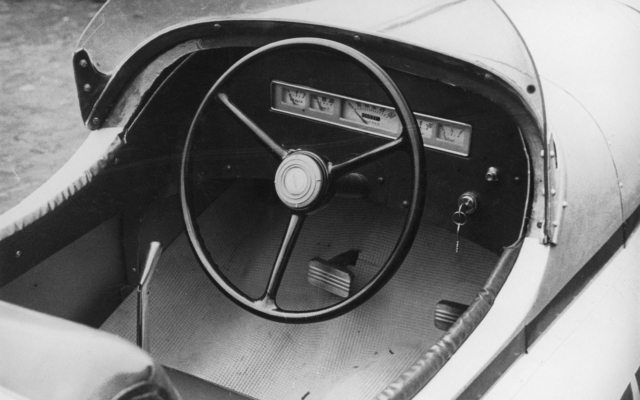 Sadly, Toyoda-san fell ill during this time and, with mounting pressure from the labor union, was forced to resign from the company he founded in June 1950. With Toyoda-san gone, the future of the Toyopet Racer seemed uncertain. Matsumoto says that a November 1950 issue of All Toyota, a magazine published by the company’s sales division, was the first time the public would have heard about the Toyopet Racer’s existence. 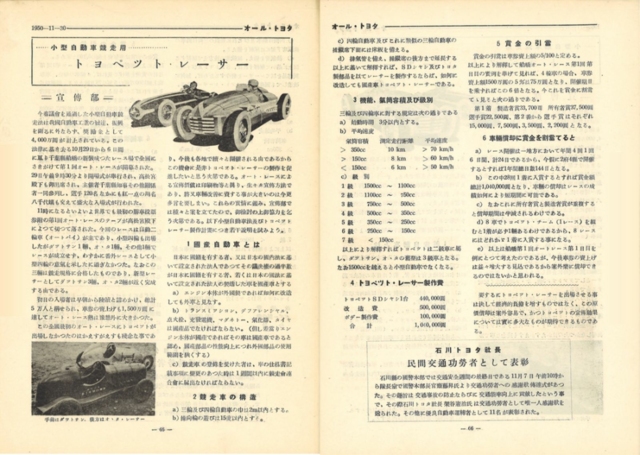 The article appeared to be an effort to drum up support for the program, but with Toyoda-san’s absence that was probably a tall order. Kiichiro Toyoda has always been described as a man who wanted to do everything in his power to get Japan’s auto industry off the ground. That he was essentially forced out of his company due to circumstances beyond his control and died two years later at the age of 57, never seeing what heights his company would achieve, is lamentable. 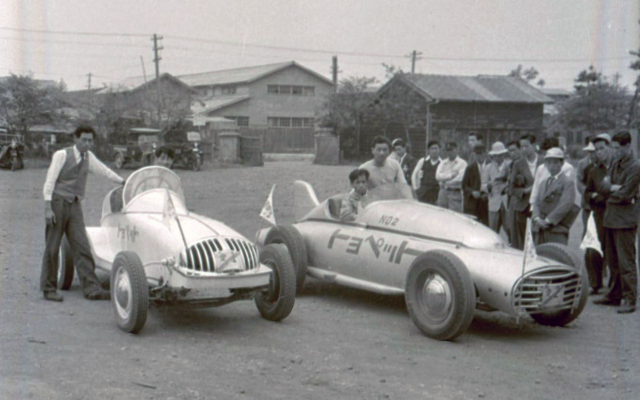 The fact that the Toyopet Racer’s story lay dormant for nearly 70 years is simply astounding. As the only Toyota race car the founder had a hand in developing, the Toyopet Racer deserves a place of respect in ToMoCo history. The original cars, however, have long since disappeared. Fortunately, Toyota says that current CEO (and grandson of Kiichiro) Akio Toyoda recently green-lit a project to build a replica of the Toyopet Racer. A team of engineers is already on the task, and we look forward to seeing this piece of Toyota heritage come to life.

permalink.
This post is filed under: motorsport and
tagged: toyopet, toyota.