With winter fast approaching for the majority of the country and the fall onslaught of video game releases on its way, we felt that it is high time that we feature some of the best in home console games to feature JNCs. With the popularity of classic Japanese cars fast growing in the meatworld car community, it is now being reflected more than ever in the game market. 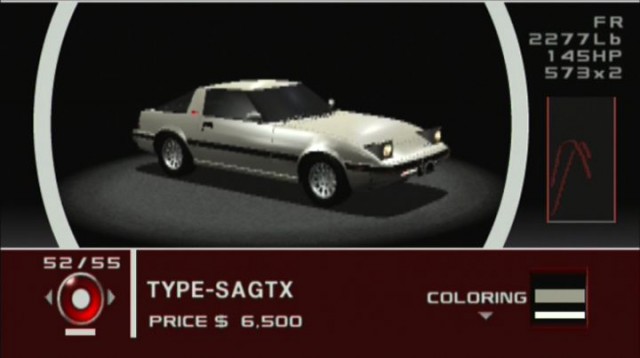 With games such as the new Need for Speed game coming out in early November featuring a Hakosuka in the promotional video and Forza Motorsport 6 coming out this week, there are plenty of new titles continuing this trend. These games will also lend themselves to a whole new generation first being exposed to Japanese nostalgic cars, just as games of the past have done with the current generation. We’ve organized this list in order of popularity since these games are series, not individual titles, and all series have their ups and downs. 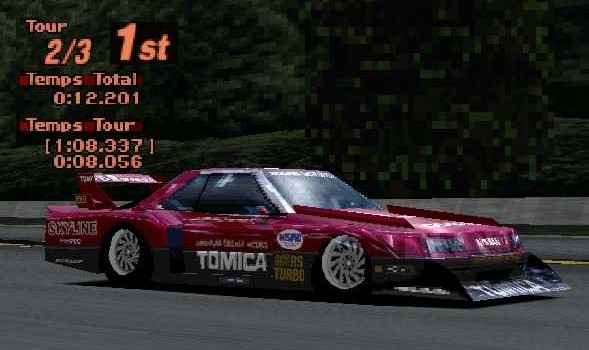 Chances are if you’re into JNCs and are under the age of 25, your first exposure to these cars was popping in your brand new Gran Turismo 4 disc into your Playstation 2 in 2004 and learning that not only was the Celica originally rear wheel drive, but Isuzu also made really cool cars before box trucks. It is hard to express how revolutionary this series has been not just for video games but for JNC culture in general.

Since Gran Turismo’s inception in 1997, Kazunori Yamauchi and his team at Polyphony Digital have been dedicated to giving the most realistic racing experience featuring the most iconic cars of every facet of car culture possible. Along with the well known Hakosukas and 2000GTs, cars such as the Honda Life StepVan and the BLRA-3 Skyline make an appearance. Full biographies are painstakingly written as well for each and every car.

To date, you can still find sidetracked JNCers reading up on their favorite cars in the n-game used car lot rather than, you know, actually playing the game while being subjected to the GT‘s extensive playlist of Japanese lounge jazz music. The only real downside with this series is that the majority of JNCs have not had their graphics updated much since 2004, when they reintroduced them into the series. I’d be willing to let that pass though, since Polyphony Digital did design the display in the R35 GT-R. You’ll actually find hints of design between GT4‘s HUD and the multimedia center in the real GT-R. 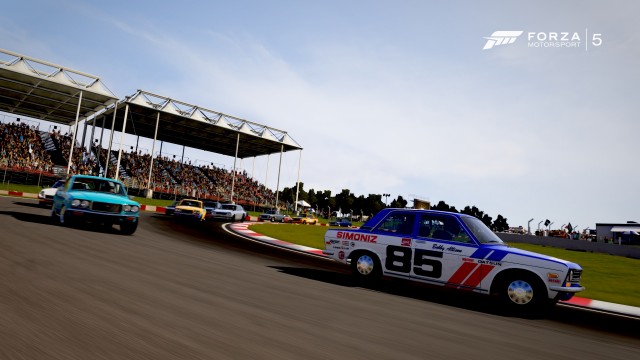 What happens if you own an Xbox or have some hatred of Sony but still want a racing sim? For that, we have the Forza series. Celebrating its 10th anniversary this year, the series was originally commissioned by Microsoft so the original Xbox had a first-party answer to the epic Gran Turismo 4 back in 2005. Since then, Forza has become a unique series in and of itself.

The series features much more personalization of your car than Gran Turismo, a big source of its popularity. In fact, to some, Forza has even surpassed Gran Turismo in gameplay. Features such as custom paint jobs, more detailed car models and appearances by Jeremy Clarkson, Richard Hammond and James May, ex-hosts of the BBC Top Gear, also lead to Forza‘s popularity.

The first game on the original Xbox didn’t feature much outside of an AE86, 2000GT and an S30 Z in terms of Japanese nostalgics, but all of the games since Forza Motorsport 2 have featured Hakosukas, MA60 Supras, Mitsubishi Starions and even rotaries such as the Cosmo Sport and RX-3.

A personal story about Forza 3: the first JNC I ever bought was because of this game. It was a red 1985 Celica Supra identical to my favorite car I had in the game at the time, 3.0L 6M-GE swapped with LSD and an electric fan conversion. That car went on to a guy in St Paul, Minnesota who’s dad had one before they moved to America from Thailand and they did a full restoration on it.

In 2012, Forza split the franchise into two separate series: Forza Motorsport for simulation-style track racing, and Forza Horizon for open-world racing. Generally, open-world racing games spawn nightmares of gimmicky early-2000s street racing games with terrible gameplay, but Horizon keeps the simulation-style engine and merely gives the same game a different setting with a variety of racing styles. Both are very competent games in their own right. Some members of the JNC forum also have a car club in Forza Horizon 2 called Japanese Nostalgic Car Family (JNCF). 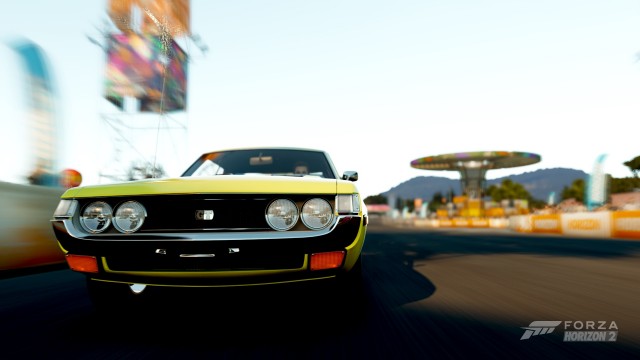 This past Tuesday, the next chapter in this series was released and if you don’t have an Xbox One yet, there’s even a limited edition package that comes with an exclusive blue Xbox One.

If you can’t afford a new console and are stuck with a Playstation 2, Original Xbox or a Gamecube, then you can’t go wrong with 2002’s Auto Modellista. Even if you have no video game console, this game would be worth installing an emulator onto your computer for. Not only can you modify your car to depths previously not seen during that generation of games, but it features well-known marques within the car JNC community: RS-Watanabe, RE-Amemiya, Mugen, and Fujitsubo, to name a few.

The most unique part of this game is its cel-shaded aesthetics, cartoon-style graphics that looked very ahead of their time. The graphics quality, however, meant that it wasn’t possible to have a massive car count, but even with a relatively small car list they did not skimp on the JNCs. You’ll find cars like the TE27 Levin, AE86, Galant GTO, Mazda RX-3, SA22, R30 Skyline, Fairlady ZG, EA-T Civic, S800 and even the Dome Zero. Modifications extended to not only the cars, but your garage as well.

In fact, more of this game is based around Japanese nostalgic cars than it is modern cars. This is especially astounding, given that this came out right in the middle of the Fast and Furious era when there was a flood of street racing games like SRS (Street Racing Syndicate) and Need For Speed Underground, that featured modern cars such as Lancer Evolution VIIIs and Supras. Unfortunately, the timing of this game during this craze lead to it falling into the saturation of the market, but it enjoys cult classic status today.

The street racing game that predated Fast and the Furious by two years was originally brought to America by Import Tuner magazine back in 1999. When Darude’s Sandstorm was still the edgiest song in EDM, the world’s fastest Honda was still in the 10-second range, and the term Wangan was still foreign to even the most diehard of import fans; those lucky enough to own a Sega Dreamcast and a subscription to got the first installment of the most under-appreciated eleven-game series ever.

TXR featured many Japanese cars never known on American shores racing at night on highly accurate recreations of Japan’s metropolitan expressways. Cars like the Toyota bB (Scion xB), which wa still two years away from coming to America, the Honda Beat, and the entirely unknown R30 Skyline appeared in unlicensed and thinly-veiled guise.

The true testament to the dedication of this franchise to the JNC community is that one of the only racing teams to appear in every installment of the series was none other than the all-AE86 Kanjo team, “Rolling Guy.” After the first two installments of this series were released on the doomed Dreamcast console, a prequel called Tokyo Xtreme Racer: Zero was released in 2001 for PS2.  This game took the series to new depths and if you went to the extras in the menu there was a documentary on Wangan racing and a promo for a low budget car movie starring Paul Walker.

Later installments would continue to include Japanese nostalgics in licensed form. In Tokyo Xtreme Racer 3, a zenki Z31 300ZX 2+2 Turbo was one of the most powerful starting cars available, along with a Lancer EX Turbo. The series also holds the title of being one of the few video games to feature Subaru’s EA82 chassis sports car, the Alcyone GL-10 in both Tokyo Xtreme Racer 3 and Tokyo Xtreme Racer Drift 2. Unfortunately, the series was axed in a cost cutting operation by the developer Genki who has gone on to do almost nothing.

However, This series is ripe for a comeback, especially given the current atmosphere of the Japanese game industry experiencing what is called the Auteur Movement (this is detailed significantly more by Extra Credits). My personal recommendation is to buy either Tokyo Xtreme Racer: Zero, Tokyo Xtreme Racer 3 or Import Tuner Challenge, as these are one of those games that everyone needs to play before they die. It’s the closest thing to actually driving a car in Japan.

Sega to video games is much like what Suzuki was to the American market. They make great products, but as a company haven’t the slightest idea how to market them properly here. Much like the aforementioned Tokyo Xtreme Racer series, Sega GT made its debut on the Dreamcast. Sega was attempting to create a console-exclusive racing sim series that would hopefully save the Dreamcast. Alas, it was doomed anyway.

Regardless of poor sales, the original Sega GT was still a fantastic game. However, the second entry in the series, Sega GT 2002 for the Xbox, was much more successful. Prior to Forza, this was Xbox’s Gran Turismo fighter and it put up a valiant effort featuring more unique cars than GT3 did at the time. The third installment was even online which Gran Turismo didn’t feature until the Playstation 3 era.

A good rule of thumb for JNCs in video games is that if it features a classic Subaru, it is probably a good game. Sega GT 2002 meets that requirement by being one of the first game series to feature the Alcyone Turbo.

Along with the early Subaru chassis, it features a plethora of JNCs from the Dome Zero concept to a PMCS Hakosuka and a healthy list of classic Hondas, Toyotas, Mitsubishis and early rotary platforms. This series seems to have consistently featured more Japanese nostalgics than any other racing sim at the time. Along with interesting cars, the series also had some innovative features, such as having to perform maintenance between races. This must have been wallet-breaking with the Subaru Alcyone Turbo, but the important thing was that it was in the game. 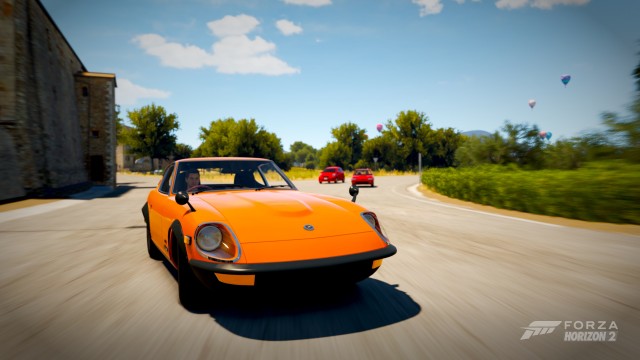 With the current generation of consoles featuring more powerful hardware and racing games such as Forza Motorsport and Need for Speed paying more attention to real-world car culture, the crop of Japanese nostalgic cars appearing in video games will only grow. The new Need for Speed coming in October will be rebooting the series, and they’ve been paying very close attention. The first trailer showed a Hakosuka going up against a Magnus Walker’s 911 and Ken Block’s AWD Mustang, so we’re expecting to see a number of JNCs make an appearance. The game is much more arcade style than the other titles featured here, but that will surely make for a much easier experience for the casual gamer to pick up and play.

There are a ton of other games that I’m sure we’ve missed, and if you have a favorite that wasn’t mentioned here, feel free to post it into the comments.