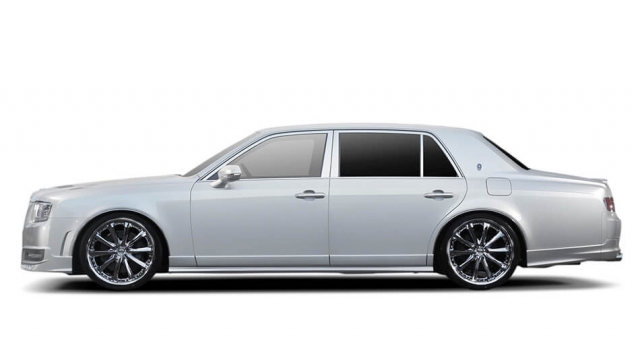 You’re wealthy enough to own a Toyota Century, but you don’t want it to look like every other bank CEO’s executive coach. What to do? Well, prior to the 2020 Tokyo Auto Salon, the only option was to a.) be Toyota Motor Company CEO Akio Toyoda and build your own custom GRMN Century, or b.) be born in to the Japanese royal family and get your own bespoke convertible version. Now there’s a third option, but you’d better act fast. 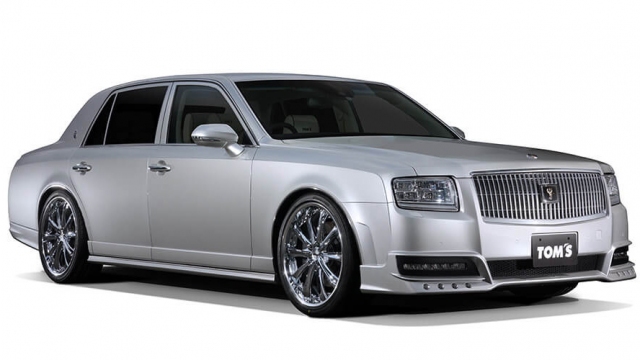 Toyota-exclusive tuning shop TOM’s has come out with their own take on the latest Century, and it looks pretty sharp. Though it doesn’t have any modifications to the V8 hybrid powertrain shared with the Lexus LS, it does sport a TOM’s Barrel exhaust system with quad oval tailpipes announces to the plebes who’s coming around the next business tower. 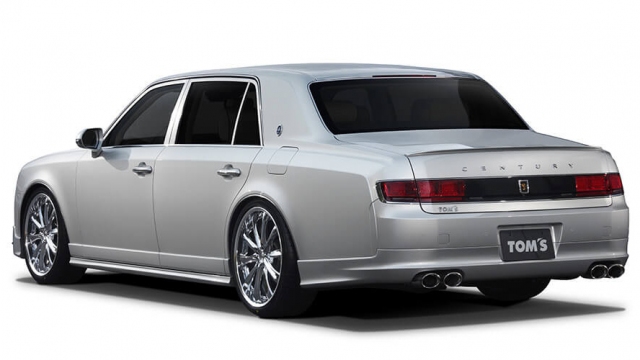 The exterior sports all-new front and rear fascias, side skirts, foglamps, and the thinnest sliver of a rear spoiler. Like the finest exotics, the TOM’s Century’s interior is personalizable. Many stitching patterns and colors of material are available.

We can understand why you might want to pass. There are traditions to uphold, after all. Still, if you can afford a Century, it’s probably worth it if for no other reason than to avoid the embarrassment of exiting your office in Nihombashi and accidentally approaching the wrong black Century.