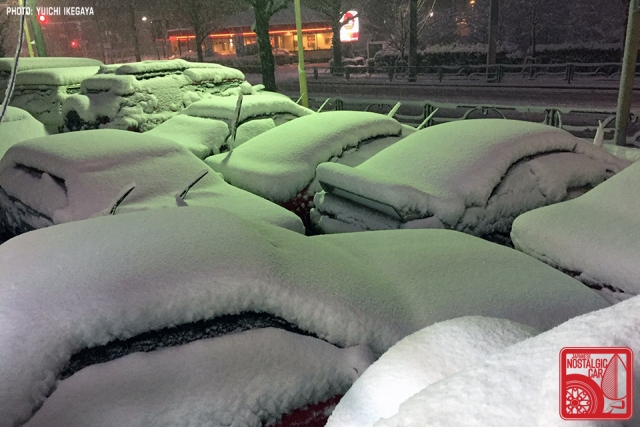 A heavy snow storm struck Tokyo Monday, dumping 9 inches of powder on the capital city. According to NHK about 50 cars were stranded on Tokyo’s iconic Rainbow Bridge. The weather interfered with Tokyo’s train schedules as well, and according to Reuters 250 flights at Haneda Airport were grounded.

Masakazu Suzuki, spokesperson for giant car parts retailer Autobacs, told The Japan Times, that sales of snow tires in the Tokyo area more than doubled compared to this time last year. The Japan Automobile Federation, the equivalent of AAA in the US, warned drivers to equip their tires with snow chains.

The Tokyo Electric Power Company reported that nearly 60,000 households were without power. The Yurikamome line from Tokyo to Odaiba was halted after one of its automated trains failed repeatedly to navigate an incline due to the slippery conditions. 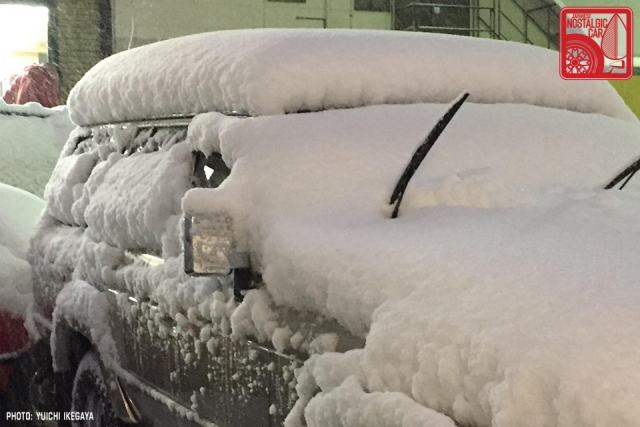 While snow is commonplace in northern Japan, it is unusual for the capital city. In the northern Kanto region up to 20 inches is expected. Here are some images and video of the storm from Yuichi Ikegaya, owner of Utilitas, the Skyline and Land Cruiser specialist shop in Tokyo. For our staff, friends and readers in Tokyo, stay safe!