Tokyo Motor Show: The heritage is strong with Daihatsu 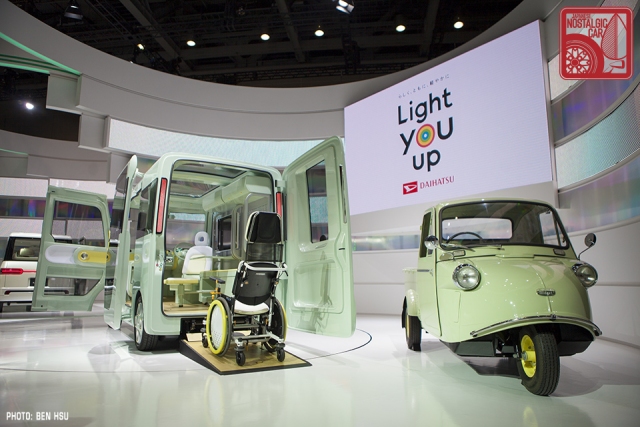 Daihatsu came out strong this year with heritage models. We’ve already seen the Daihatsu DN Compagno concept, which shared the stage with a classic Compagno. Also at the Daihatsu stage was its most iconic nostalgic car, a 1959 Midget. 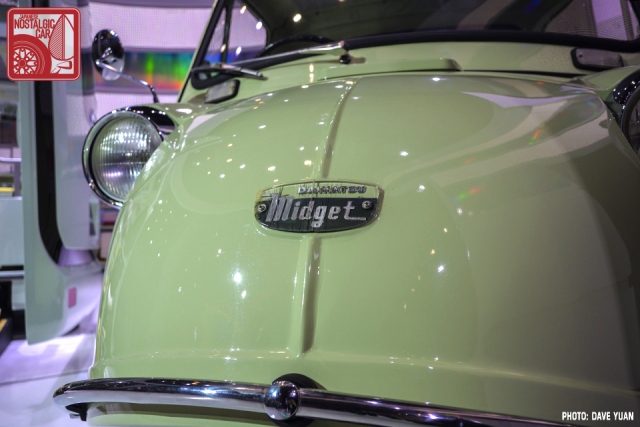 The first-generation Midget is one of those cars that doesn’t get enough respect. One big reason is probably that it’s an odd, froggy-looking 3-wheeled truck. To the Japanese, however, it represents one of the most successful commercial vehicles of the post-war era. 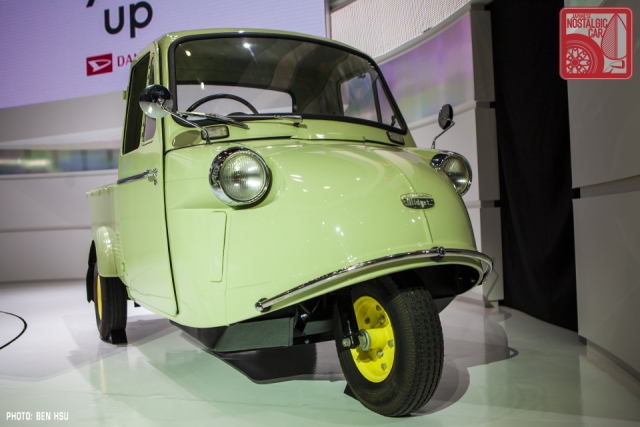 Along with the Subaru 360 and Honda Cub, it was a vehicle that put Japan on wheels. It was even the star of Always: Sunset on Third Street, the 2005 nostalgia-fest about the Showa Era. 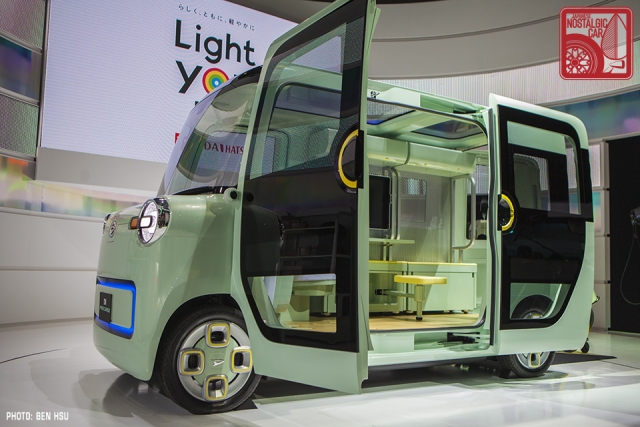 Ostensibly, the Midget’s presence was to show off the Daihatsu DN Pro Cargo, a new kei van concept. We could already see from the preview images that its round, frog-eyed headlights and mint green exterior paid tribute to the classic Midget. True, it had four wheels, but then again so did the second-generation Midget.

What we didn’t notice until seeing the cars up close was that hints of yellow from the vintage Midget’s wheels also made several appearances on the DN Pro Cargo. Most notably, yellow was used on the actual wheels, but also in the cabin, on the door handles, and in the wheelchair included with the car. 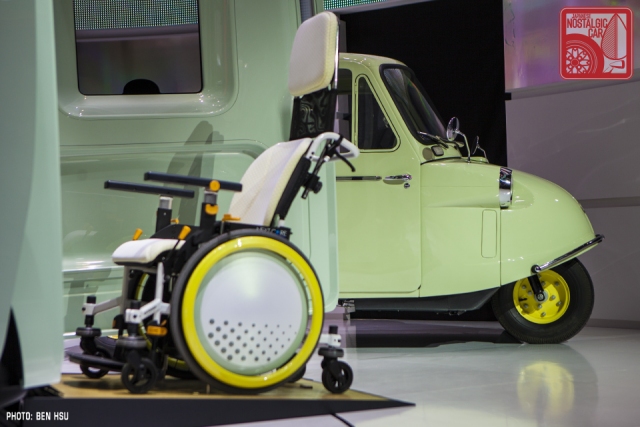 One of the DN Pro Cargo’s selling points was its ultra-low loading floor, which allowed for a wheelchair to ascend only the slightest of inclines to enter the car. Inside, the entire passenger side was flat, so the wheelchair could roll right up to the front. 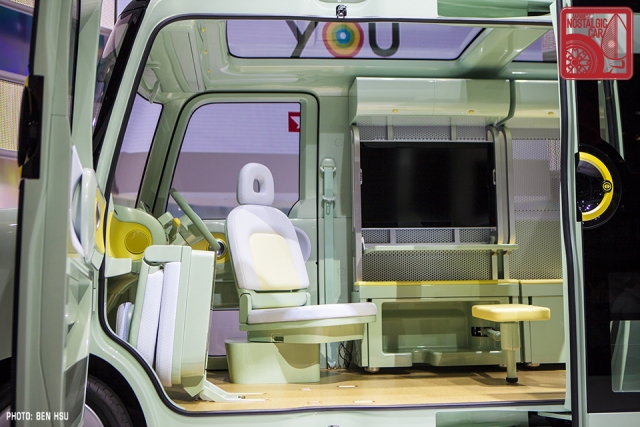 With the passenger seat folded, the wheelchair passenger could have a front row seat. The interior could also be configured into several uses. The one displayed at the show was a mobile medical bay, with a large backlit screen on which to view x-rays. 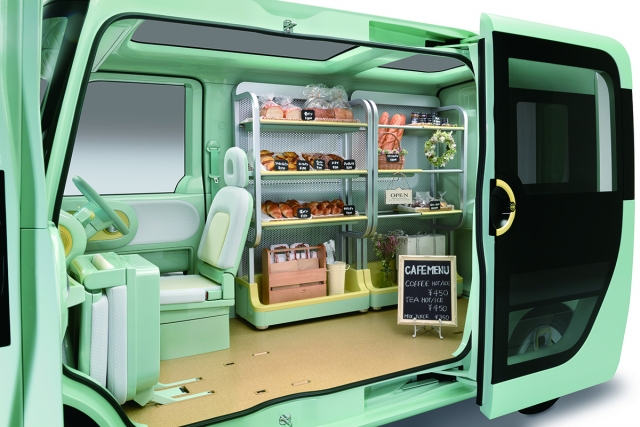 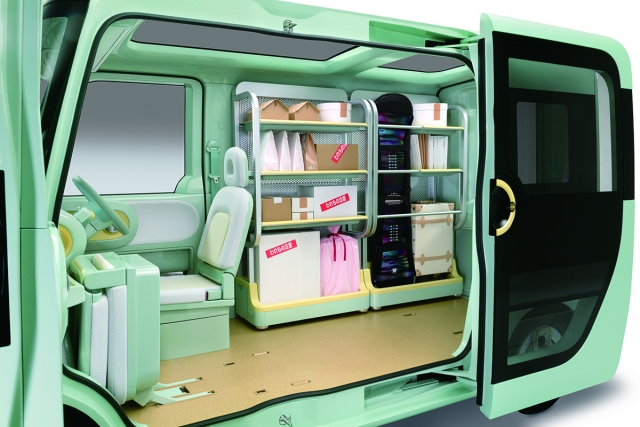 According to Daihatsu’s official images, however, it could also just as easily be reconfigured into a delivery van or a mobile cafe of some sort. The front door was hinged to open wide enough so that the door stopped at 90 degrees perpendicular to the body. The rear door slid open minivan-style and there was no B-pillar. The entrance was cavernous. 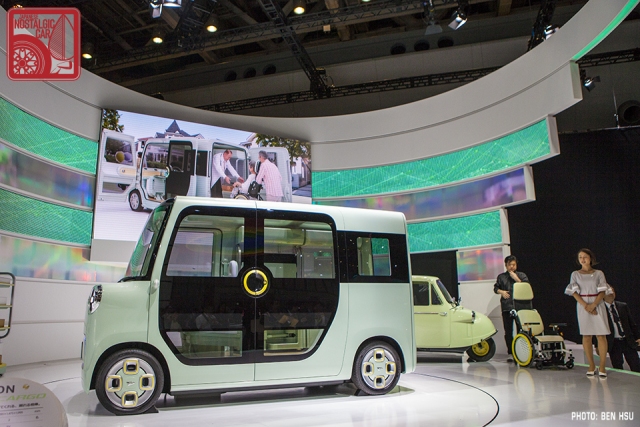 Kei vehicles are everywhere in Japan. Often, they are the only vehicles that can fit down narrow streets to deliver goods and supplies to small businesses, and have been doing so since the dawn of Japanese motorization. And yet, manufacturers like Daihatsu keep finding novel ways to push the limits of their dimensional constraints. Even if the DN Pro Cargo wasn’t a direct successor to the Midget, the clever packaging and space utilization is what gets the country moving, and that is very much in line with the classic’s Daihatsu’s purpose.

Some images courtesy of Daihatsu.

2 Responses to Tokyo Motor Show: The heritage is strong with Daihatsu