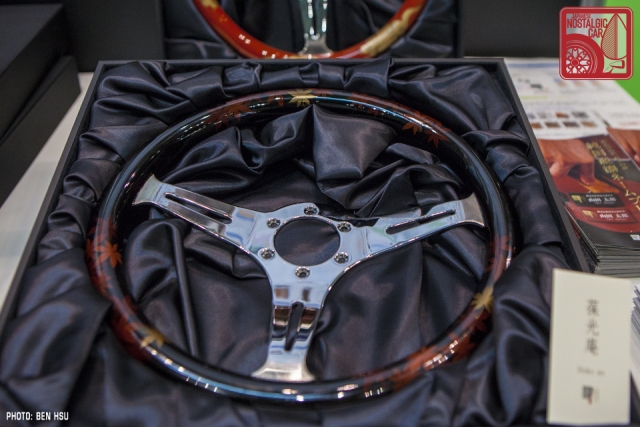 One of the most beautiful things we saw at the Tokyo Motor Show was located at a small, carless booth in a remote corner of the convention center. Japan is of course known for its traditional crafts, many that have been honed for centuries, yet there are few opportunities for those to come to the forefront in a relatively new technology like the automobile. That’s why we fell in love with these Iwate lacquer steering wheels. 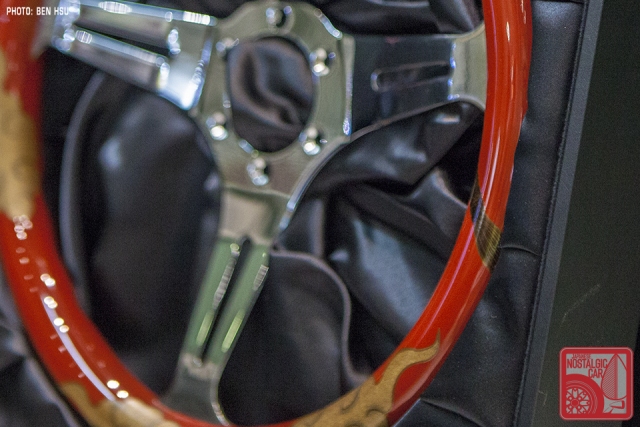 Iwate Prefecture is located on the eastern shore of Japan a few hours north of Tokyo. It was one of the hard hit regions in the 2011 earthquake and tsunami, and the region has been slowly rebuilding since. One of the ways Iwate Prefecture is trying to raise awareness is through promoting its regional crafts across Japan. 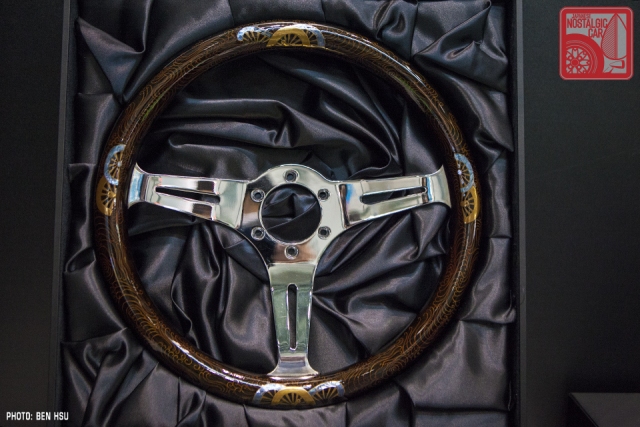 The form of lacquer art seen here, a style called maki-e where the lacquer is sprinkled with colored powdered silver and gold to create patterns, was developed sometime back in the Heian period (794–1185). It is very sensitive to UV rays, so it only practical on interior surfaces. 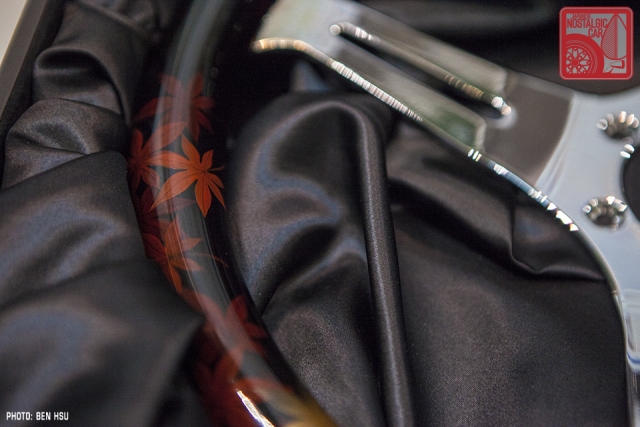 Iwate Prefecture’s representative for a lacquer arts manufacturing group, Takuo Matsuzawa, was at the Tokyo Motor Show to promote the use of this craft in automotive applications. They aren’t for sale yet, but the group is hoping to raise enough money to put it into production. Lexus has already taken an interest, and the lacquer association wants to use it in cars like the Century. “I would like you to cherish your car like a treasure and for people who understand genuine goodness to love it,” Matsuzawa said. We would totally rock one.