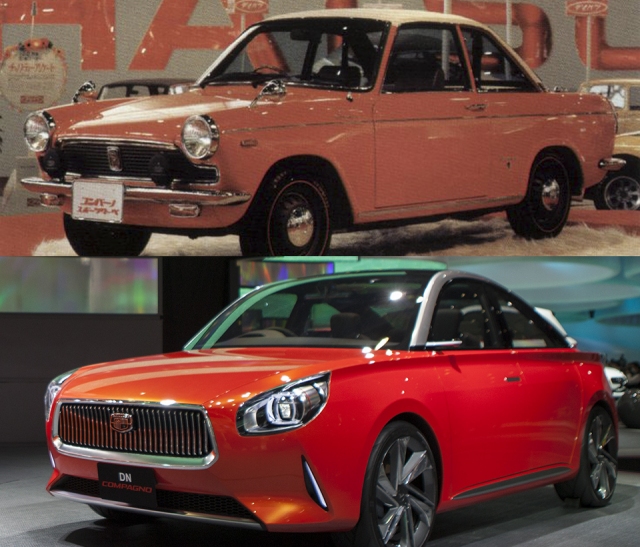 Daihatsu’s booth at the Tokyo Motor Show was the only one that had any sort of nostalgia factor. They even brought out a classic Midget and classic Compagno to sit prominently on stage beside the concepts they inspired. Unfortunately for the latter, they brought the wrong car. 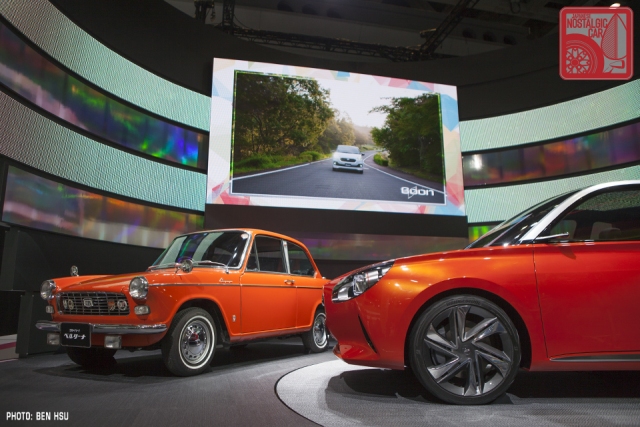 Don’t get us wrong, it was very cool to see a vintage Compagno on a major stage at the Tokyo Motor Show. However, it didn’t quite explain why the new DN Compagno concept had silver roof rails, the sloping roofline, or a “coupe” body style (even though it was a four-door sedan). 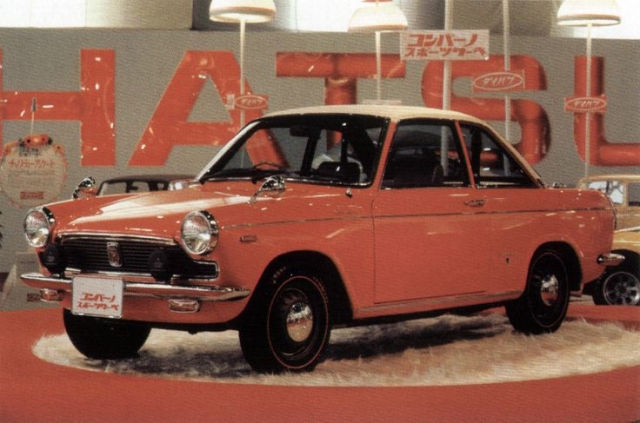 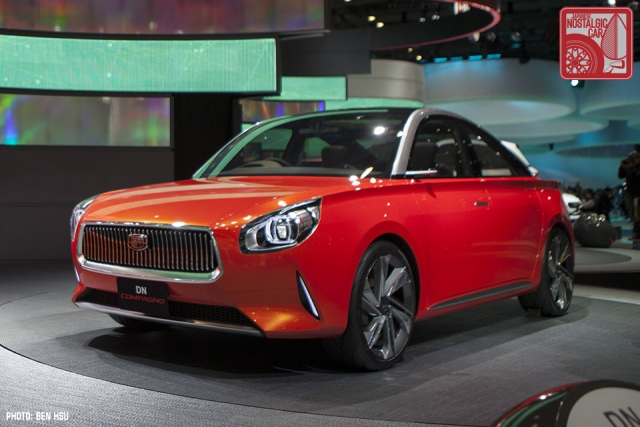 What they should have brought was the Daihatsu Compagno Sports Coupe concept from the 1965 Tokyo Motor Show. It’s likely that the original no longer exists, but a photo of it wasn’t even included in Daihatsu’s press kit. The DN Compagno’s grille is clearly taken from the production 1963 Compagno, but the rest seems to have been inspired by this long forgotten show car. We hope the original is still lurking somewhere, waiting to be reunited with the car it inspired.