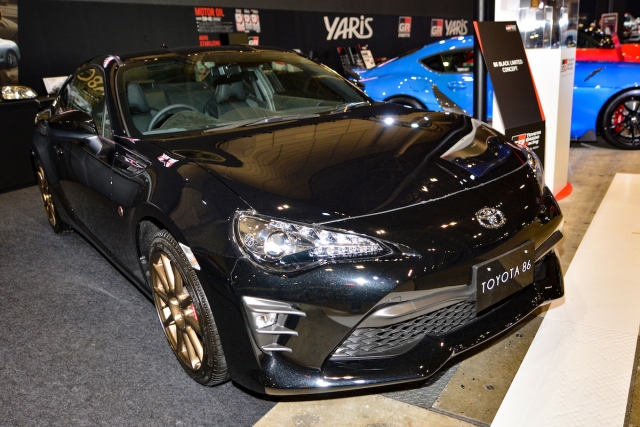 At the Tokyo Auto Salon, Toyota had a pretty killer display that included a trio of Hachiroku. The purpose of the display was to show off a new prototype version of the Toyobaru 86 called the Black Limited Concept. For those familiar with the original AE86 from which the Toyota coupe gets its namesake, that is an extremely significant name. 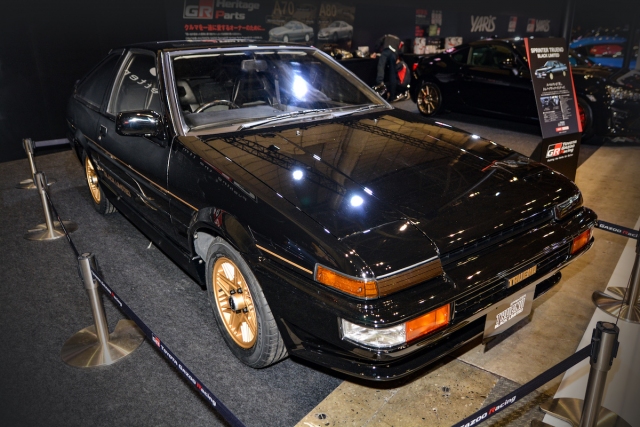 The original AE86’s Black Limited was released in January 1986 as a special edition car limited to just 400 units. Based on the top-spec GT-Apex trim level and available only in three-door body style, it came with an exclusive all-black paint job, gold “snowflake” wheels, and gold badging throughout.

The interior had exclusive gauge clusters that looked goldish by day and glowed orange (as opposed to the standard greenish-white) by night. The horn pad had the words “TWINCAM 16” written in gold, and the shift pattern in the gear knob was printed in orange. There were no performance upgrades, but the sleek color combo, rarity, and the fact that it was the final special edition model of the beloved AE86 have made it a holy grail among AE86 aficionados.

The 86 Black Limited Concept is a nod to this rare beast. There have been many special editions of the Toyota 86 (and its former incarnation as the Scion FR-S), but this one feels special. It has gold wheels, naturally, and “Black Limited” embossed on the dashboard in gold stitching. Additionally, the vent bezels, steering wheel spokes, and center console are all finished in black rather than the standard silver.

Though labeled a Concept, it wouldn’t be difficult at all to put this into production. It certainly hints at the fact that it could be, once again, the final special edition model before the current-generation 86 is put out to pasture. It is widely rumored that Toyota and Subaru are working on a next-gen 86/BRZ to debut sometime this year, powered by a naturally aspirated 2.4-liter Subaru flat-four. The timing would seem to fit with this final edition special.