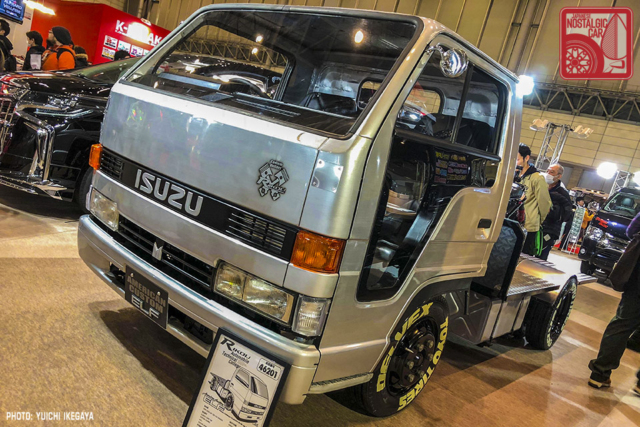 Our final feature from the Tokyo Auto Salon is a vehicle that we probably would have walked right by, but proved immensely popular with our Japanese friends. Built by students at the Fukushima Science and Technology College, the 1990 Isuzu Elf 250 got a lot of attention. One reason was that large cab-over medium-duty commercial trucks simply don’t get modified that much. 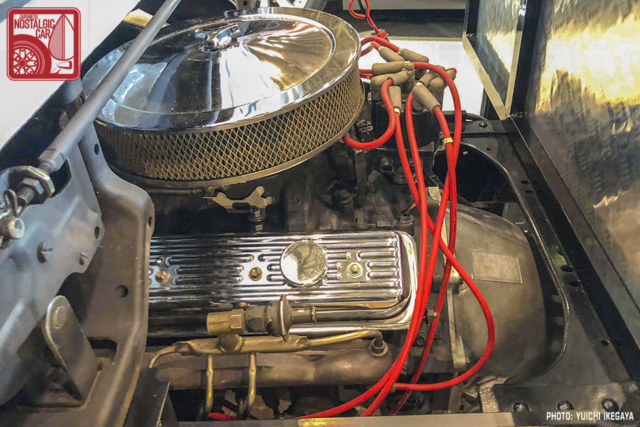 The other reason was the theme of the truck, “American Custom.” That might seem like an odd descriptor, since we in America have never seen a truck that looks like it. However, its four-cylinder diesel was swapped with a small block 305 Chevy V8 mated to a Camaro automatic. 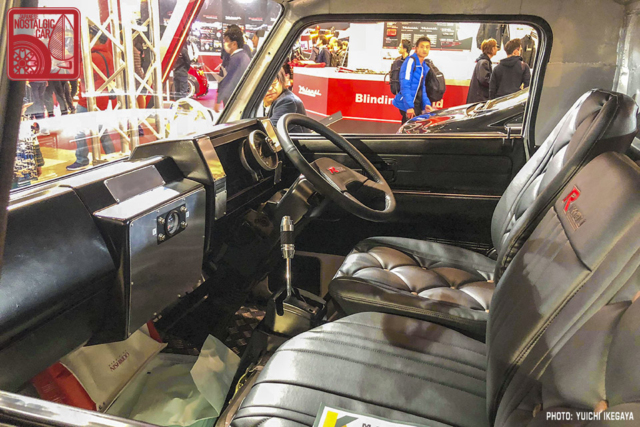 Perhaps the American part comes from the fact that the cab was chopped 4.5 inches. Hot rod style mirrors, a metallic-look finish, and lettered sidewalls also add to a street rod look. 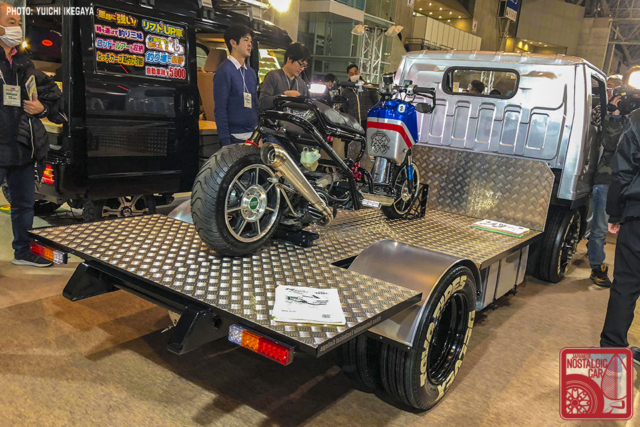 The entire thing was lowered on an air suspension, with the bed transformed into a diamond plate floor carrying a customized Honda Zoomer. Apparently, these touches make it just different enough that it became somewhat of a show stopper. Personally, we’d prefer a dekotora.