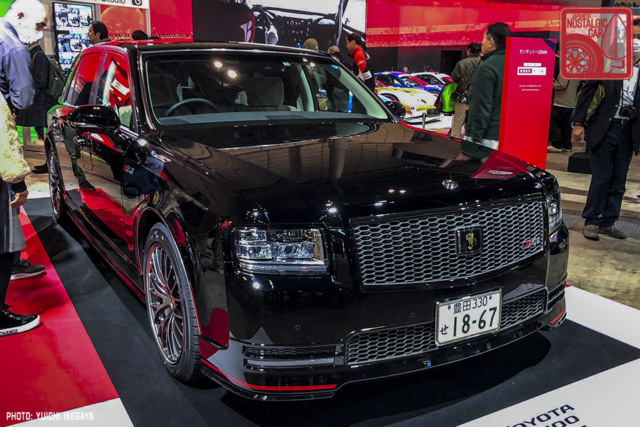 Here’s another quick snap from the Gazoo Racing booth at the Tokyo Auto Salon last weekend. Looks like CEO Akio Toyoda has commissioned another Century GRMN, this time in its most proper color, black. 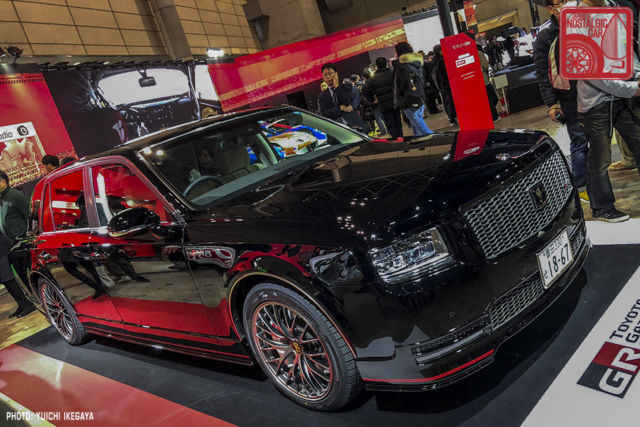 We have to say, it looks much better in a dark color than in white, the only other color we’ve seen the Century GRMN in so far. It still retains an 18 – 67 license plate, a nod to the year Toyoda’s great-grandfather and founder of the Toyota empire, Sakichi Toyoda, was born. Sadly, there was no mention of it built for public consumption, making it the ultimate current-generation Century, as well as the ultimate piece of Toyota unobtainium.