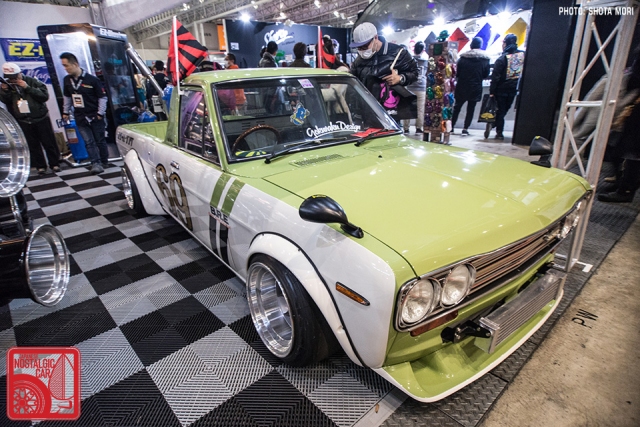 If there is one thing people will seemingly never get tired of it’s putting other Nissan noses on a Sunny Truck. The latest example, shown at the Tokyo Auto Salon recently, was by Banzai Sports and features a Bluebird SSS face on the evergreen Sanitora. 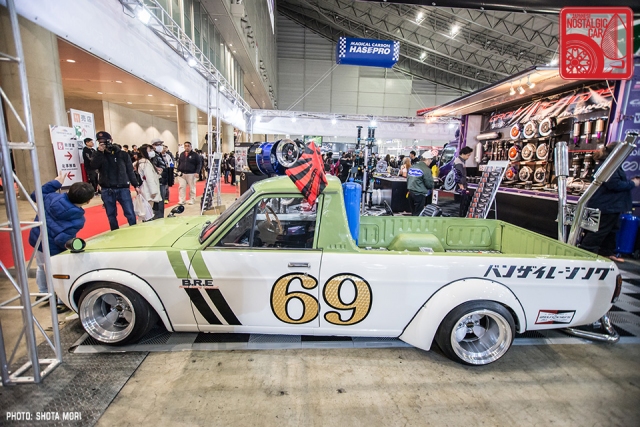 Banzai Sports Japan makes aftermarket stuff with an American twist but suited to the style of Japanese shakotan cars. Take, for example, the American Racing Libre-inspired wheels, which adorned the orignal BRE Datsun race cars of the 1960s and 70s. Only instead of the original 13×7 sizes, these are offered in 14×8.5J+10, 14x10J-18, and an ultra-deep 14x12J-32. 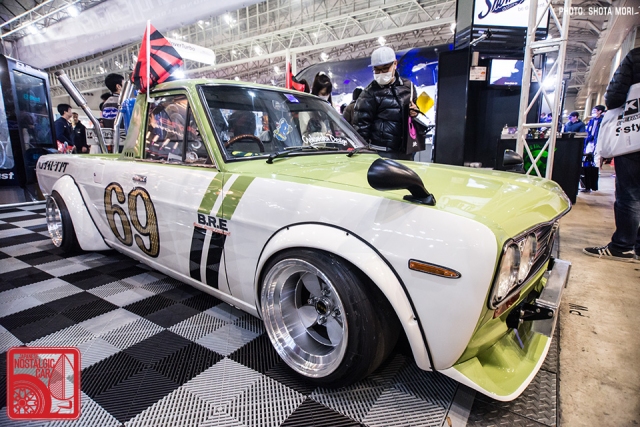 The fender mirrors, too, are of Banzai’s own making. Called the “California” model, they were inspired by the racing mirrors of the 1970s as well. Inside, the wooden steering wheel resembles the classic ones of the era, but instead of a flat face it is deeply coned for drift-spec wheeling. A large oil cooler of Banazi’s own making hangs over a BRE-style spook that’s deeper and angles out more than the original. 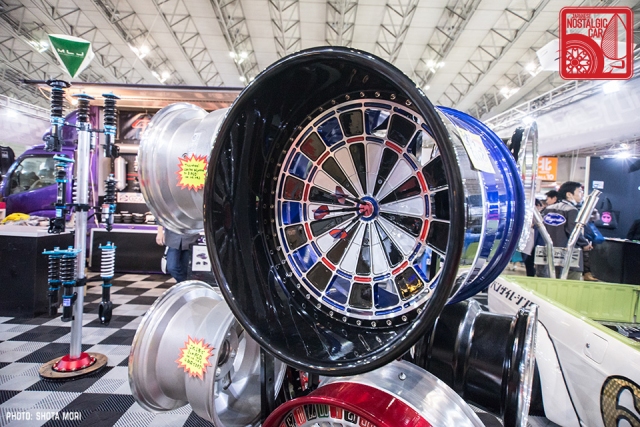 Perhaps the most unique item at the Banzai booth was a dartboard-inspired wheel. Dartboards are not something you’d find at a typical Japanese bar, and are considered an American cultural touchpoint in Japan. Naturally, the lip is extremely deep, and  only the bullseye is soft enough to accept actual darts. Below it was Banzai’s creation from last year, a roulette wheel wheel. 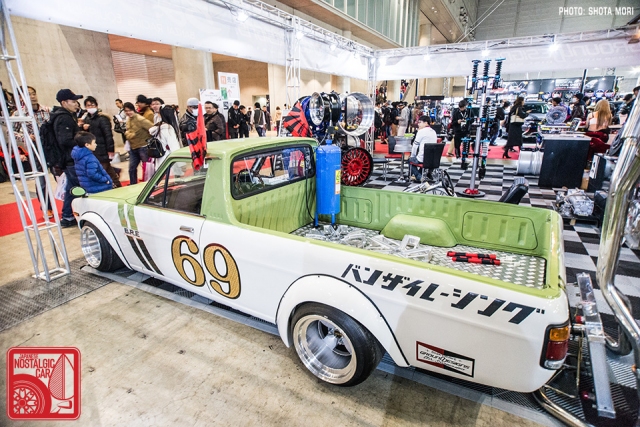 The livery of the truck is, of course, inspired by BRE, except it’s yellow-green and black over white. A mock Champion sparkplugs logo denotes the Ground Designs air suspension and disc brakes, while the racing number is finished in a hot rod-style gold leaf. We’ve already seen Hako-nosed Sunny Trucks, phantom grilled Sunny Trucks, and square-headlight bakkies from South Africa. What nose will they graft on next?