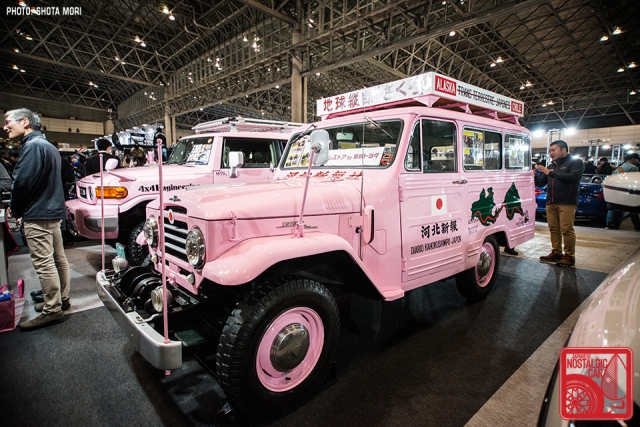 On March 29, 1960 a Toyota Land Cruiser embarked on a record-breaking north-to-south journey from Fairbanks, Alaska to Puerto Montt, Chile. The Land Cruiser covered 20,015 miles, took 117 days, and recorded the first time the trip had been completed without accidents. Also, it was bright pink. 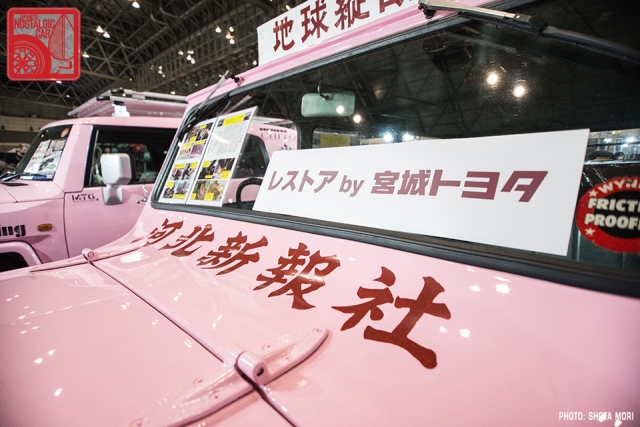 The rig was an early FJ28VA nicknamed Sakura, Japanese for “cherry blossom.” The goal of the journey was to prove the durability of Toyota vehicles, which it most certainly did, as it traversed the bitter cold of Alaska, the high-speed expressways of the lower 48 states, across the rivers of the Darien Gap in Central America, and through sky-high elevations of the Andes Mountains. It passed through Guatemala, El Salvador, Honduras, Nicaragua, Costa Rica, Panama, Ecuador and Peru as well. 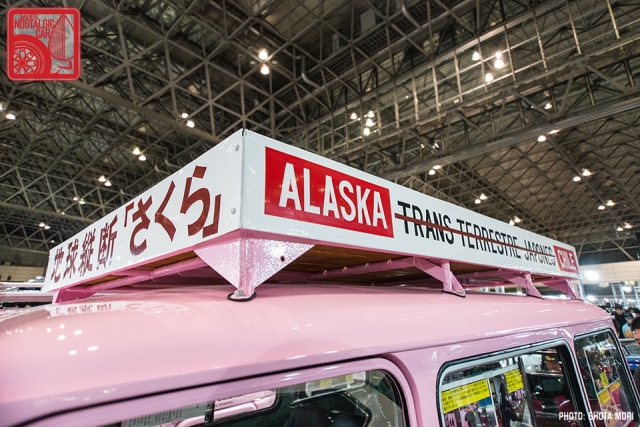 When the journey ended, the Land Cruiser was shipped back to Japan, where it sat in the warehouse of the Kohoku Shimpo newspaper in Sendai, Miyagi Prefecture for 57 years. The paper chronicled the trip back in 1960 and celebrates its 120th anniversary this year. In 2017, the Land Cruise was pulled out of hibernation and underwent an exhaustive restoration with the help of Miyagi Toyota dealers. 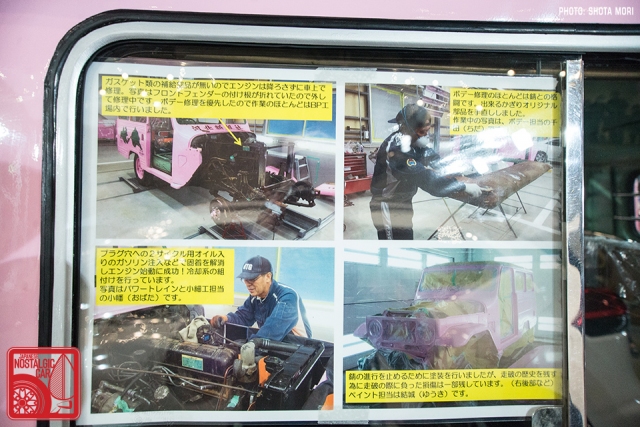 Photos in the window showed Tatsuya Chida, who was in charge of paint and body, and Kenji Obata, who oversaw the mechanical aspects of the restoration. Both had worked on several other project for the regional Toyota offices, including the restoration of a Crown and a Sports 800. 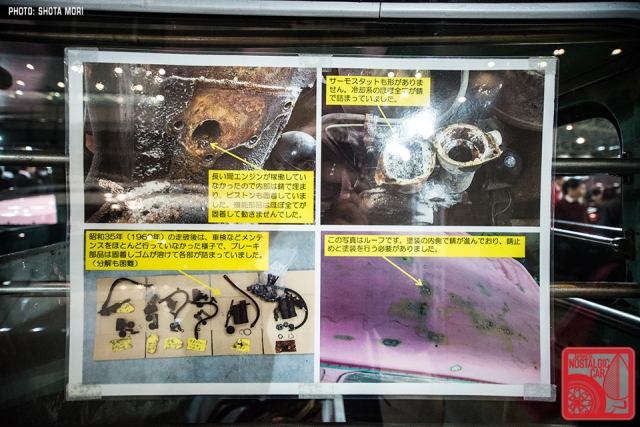 Rust was found throughout the body, all rubber components had rotted, and the engine was seized. However, because no head gasket was available, Obata kept the engine assembled, lubricating the cylinders through the spark plug holes and loosening the valve stems with a mix of lubrication and hammer taps. The crankshaft was only freed after two days of sitting, soaking and tapping. Amazingly, the team was able to get the engine running again. 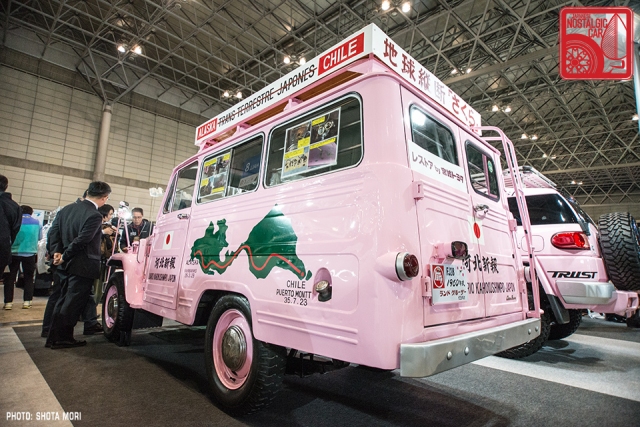 Countless other repairs had to be made. The brakes were corroded and no replacements could be found, so Obata cleared the brake lines by digging out the rot bit by bit with a wire. Lenses that were out of production needed to be recast. The interior, however, was kept in its original condition, with only some work to temper the spread of rust.

In some ways, we would have preferred that the entire rig be kept in its battle-scarred condition, with only a mechanical restoration underneath. Alas, that is not the preferred way of doing things in Japan. Still, any early van version of the 20-series is already exceedingly rare. To find and revive one of historic significance is truly an accomplishment.