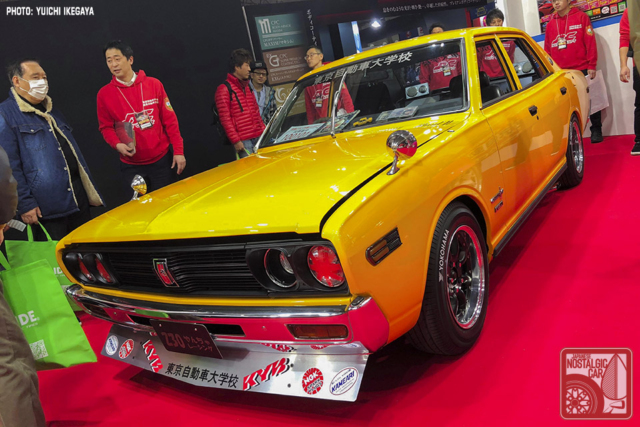 One of our favorite cars at this year’s Tokyo Auto Salon was a humble Nissan Cedric sedan. Built by students at Tokyo Automobile University School, the car represented a brief period in the 1960s when Japan tried its hand at NASCAR-style stock car racing. 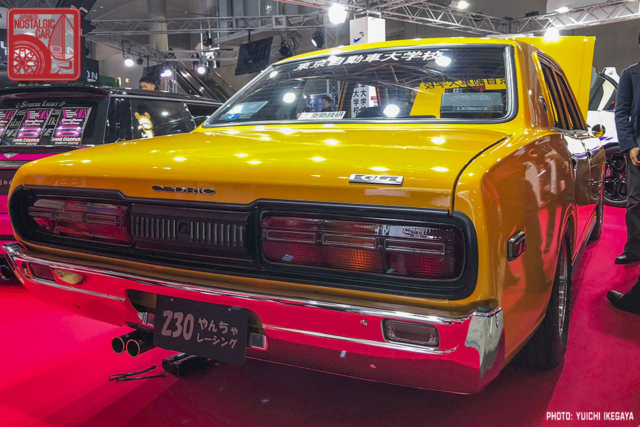 Back in those days, America’s NASCAR races still used largely production cars modified for racing, the bouts were televised in Japan on the NET channel (now called Asahi TV). For a nation used to seeing sleek sports cars and prototypes on road courses, the vision of large American family haulers going all-out on a banked oval must have seemed absurd. 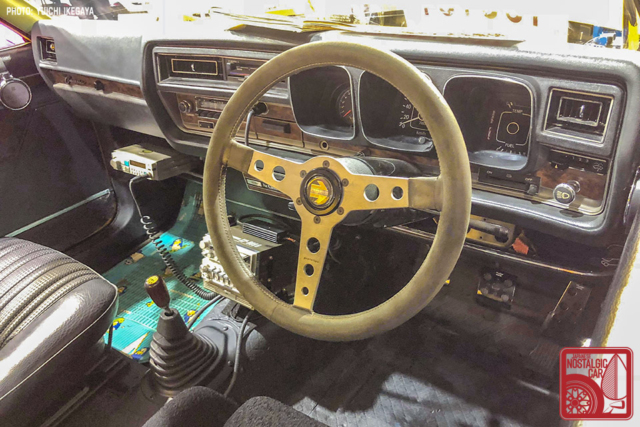 Nevertheless, America’s auto industry seemed infinitely more glamorous and prosperous than Japan’s in the early 60s. Inspired by what they saw across the Pacific, the Nippon Auto Club began to hold races using the Japanese equivalent of Plymouth Furys and Ford Galaxies — Nissan Cedrics, Toyota Crowns, and Prince Glorias. The series was short lived, though, held inconsistently throughout its lifetime and canceled after the oil crisis of 1973. 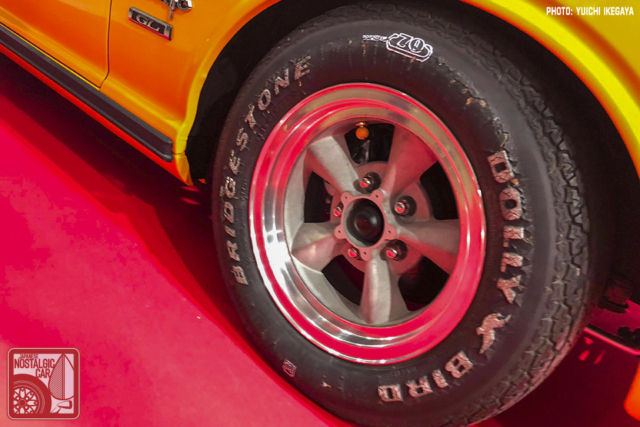 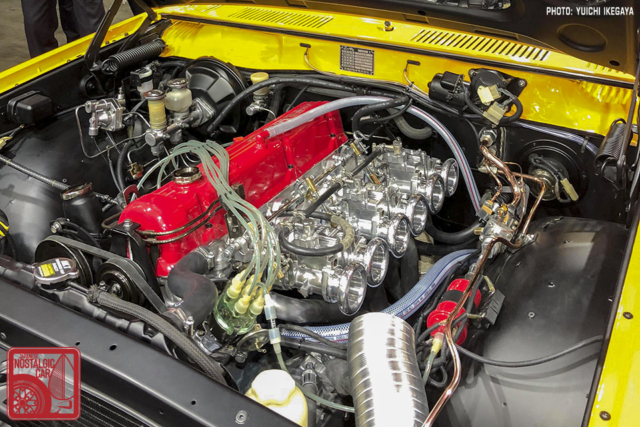 The Cedric was built with Nissan’s popular L20 inline-six as a base, adding Solex carbs and custom headers. Its stock fender mirrors were replaced with those from an Isuzu Bellett G mirrors, a popular modification at the time, and they even managed to source some super rare Bridgestone Dolly Bird tires. The car itself was stripped down to bare metal, body work and paint redone, and then reassembled. 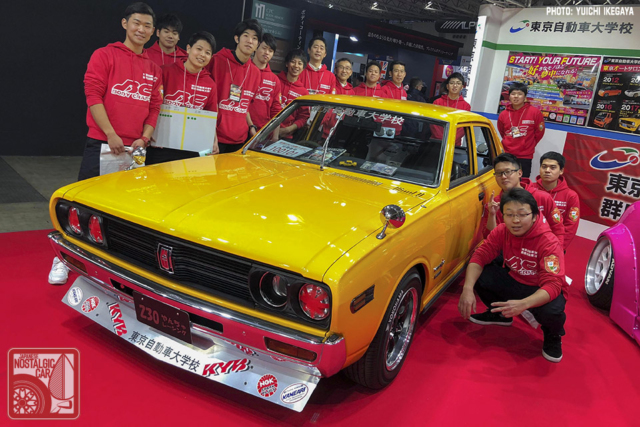 Although the students at TAUS weren’t born yet when this took place, they were apparently inspired by the stories of their shop teacher and magazine photos from back in the day. They say the next generation in Japan isn’t interested in cars, but if these students are any indication, there is hope after all.