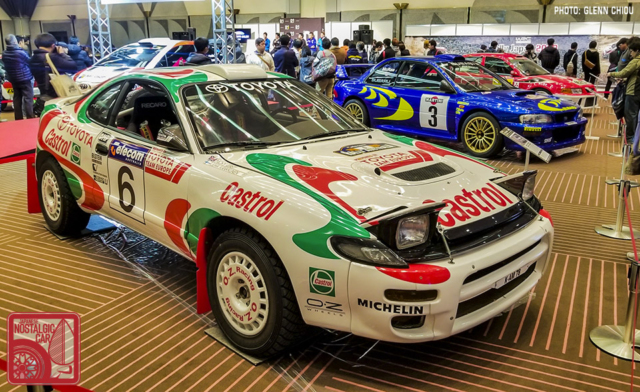 At the Tokyo Auto Salon this year the carmakers of Japan joined forces for a display of their iconic rally cars. Toyota, Nissan, Subaru and Mitsubishi each brought turbocharged monsters to the halls of Makuhari Messe. For rally fans, it was a rare opportunity to see all the cars at once, without having them fling dirt and rocks at you. 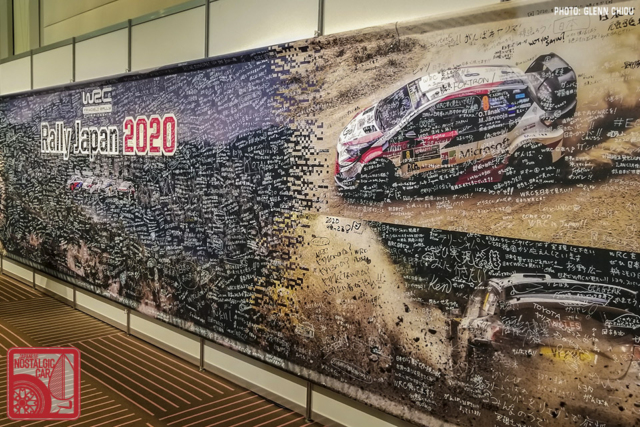 The purpose of the special exhibit was to build excitement for Rally Japan 2020. The last time Japan was on the World Rally Championship calendar was 2010, when the race was held in the northernmost island of Hokkaido. 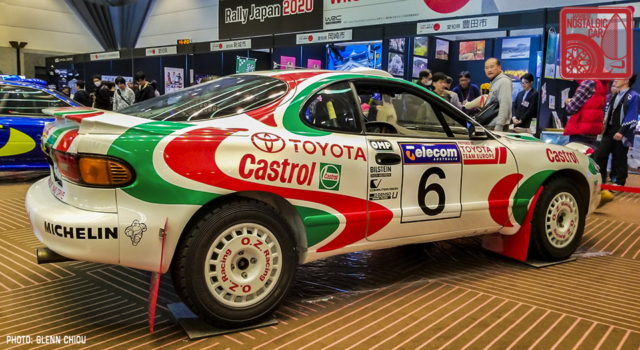 Toyota came to the party with an ST185 Celica GT-Four in the Castrol livery Toyota was so famous for in the 1990s. This particular car won 1993’s Rally Australia, which helped Toyota win that year’s Manufacturers’ Championship and driver Juha Kankkunen take the Drivers’ Championship. 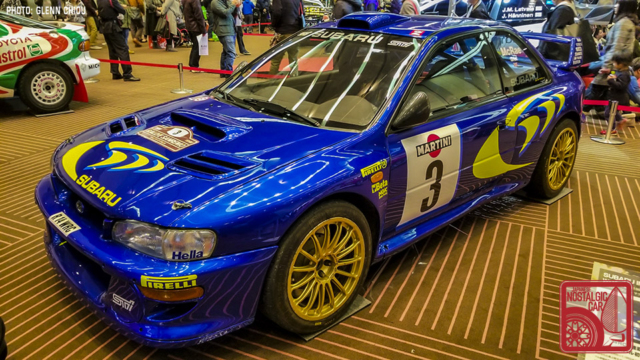 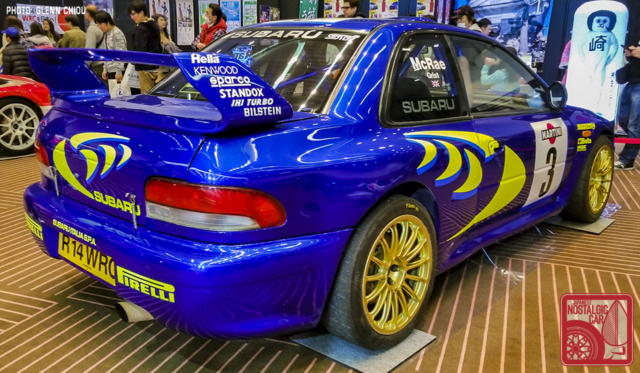 Subaru displayed an Impreza 555 that ran in Italy’s 1998 Rallye Sanremo with the late, great Colin McRae piloting. Coincidentally, for both the Subaru and the Celica GT-Four displayed, the navigator was the United Kingdom’s Nicky Grist. For some reason, Subaru chose to display a car that came in third in its race, from a year when rival Mitsubishi finally defeated Subaru in both the Manufacturers’ and Drivers’ Championships. 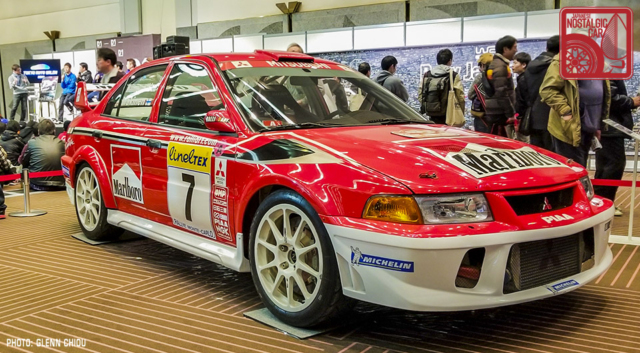 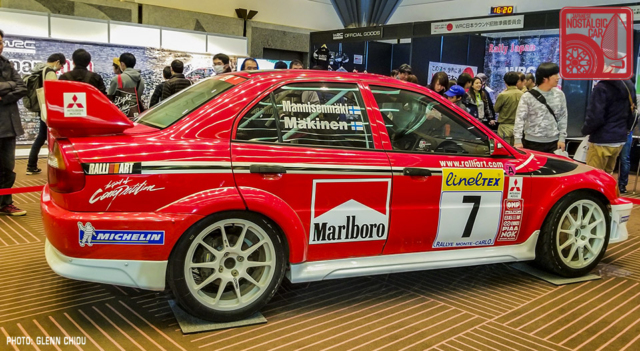 Speak of the devil, Mitsubishi trotted out a Lancer Evolution VI driven by the legendary Tommi Mäkinen. This car took first in the Rally Monte Carlo in 2001, but Mäkinen ultimately lost the Drivers’ Championship to Subaru’s Richard Burns that year.

Nissan didn’t compete against Subaru, Mitsubishi or Toyota during the height of Japanese WRC efforts in the 1990s. Instead, it brought something even cooler, a Nissan 240RS from the Group B era. This car ran in the 1983 Monte Carlo Rally, placing 14th overall with Timo Salonen behind the wheel. 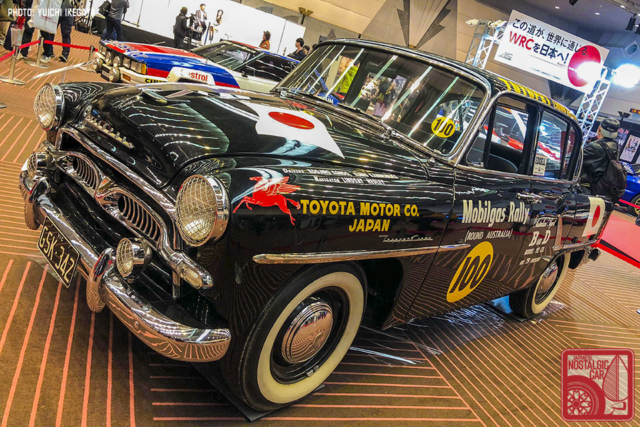 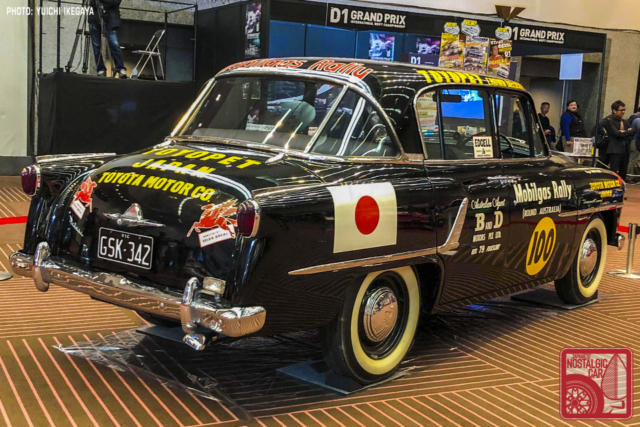 Toyota also showed a replica of its 1957 Toyopet Crown RSD, which ran the Mobilgas Trial that year. The 10,500-mile trek followed the circumference of Australia and took nearly three weeks. The RSD designation meant that the Crown’s trim level was for private ownership, not taxi-spec. Significantly, the Crown was Toyota’s first motorsports entry and the first Japanese car to participate in an international rally. 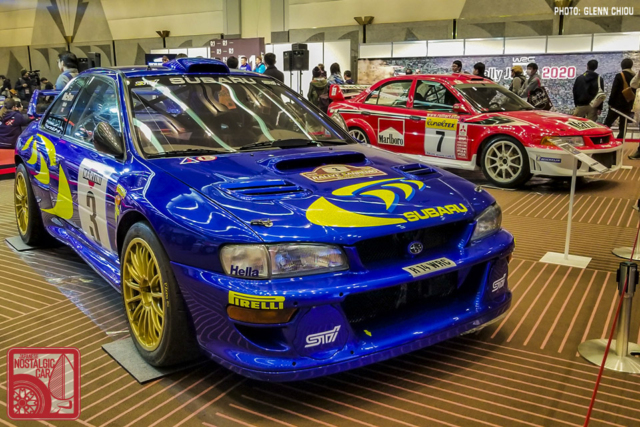 When Rally Japan returns next year, Toyota will be the only Japanese carmaker participating in WRC. Toyota CEO Akio Toyoda has said publicly that he hopes Subaru and Mitsubishi will return, but if we were him we probably wouldn’t hold our breath.

More importantly, however, is the fact that the race will be held not in the remote areas of northern Japan, but near Mt Fuji. Easily accessible by train or expressway and just a couple of ours outside of Tokyo, it will hopefully draw big crowds.

1 Response to Tokyo Auto Salon: A rallying cry for WRC’s return to Japan