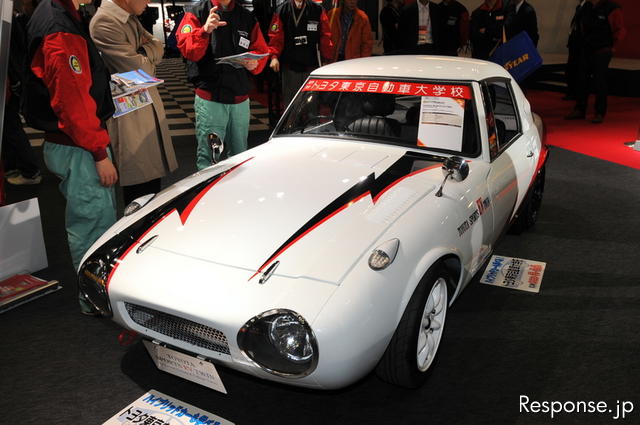 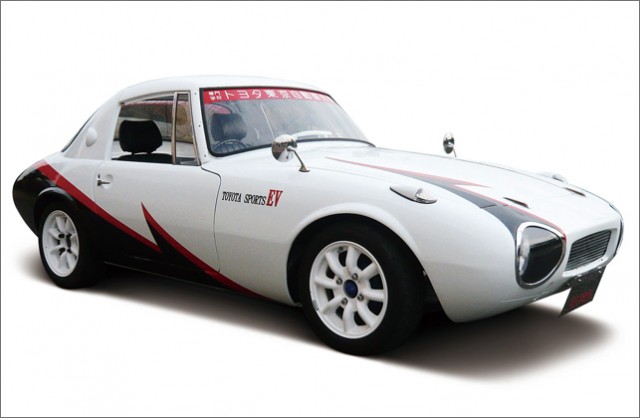 Built by the Toyota Technical College of Tokyo, a pair of electric motors replaced the two-cylinder boxer that resided in the original Sports 800. Hooked up to lithium-ion batteries and a four-speed transmission, they put power to the rear set of those pearly white Wats. Though the paint looks black and white, it’s actually green because the paint is water-based for eco-friendliness. Based on the 1965 UP15, it’s nostalgic in more ways than one — the yotahachi also formed the basis for Toyota’s first hybrid, the 1977 GT Hybrid Concept. 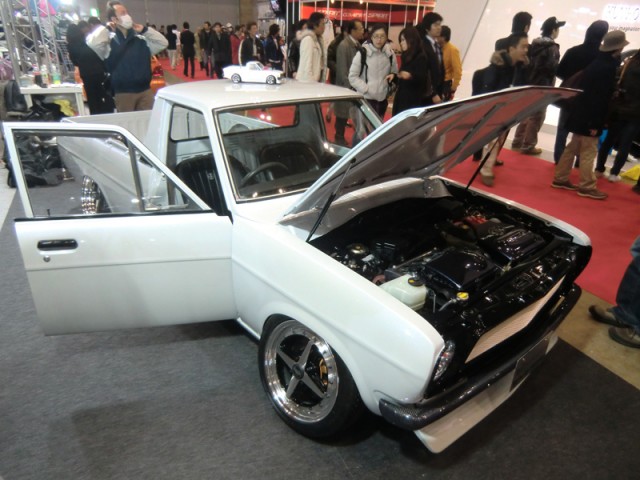 A slammed sanitora is nothing unusual, but why do those Work Equip 01s up front have front-wheel-drive offset? 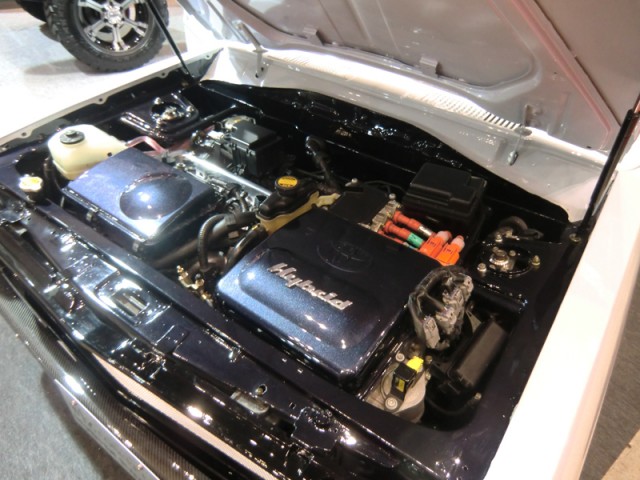 Because the guts have been replaced with that of a Toyota Prius hybrid drivetrain. This Frankenstein-like blend of drivetrains and power sources is called the WIZ Concept V Hybrid Sunny and it’s the mad creation of the International Institute of Information Technology. 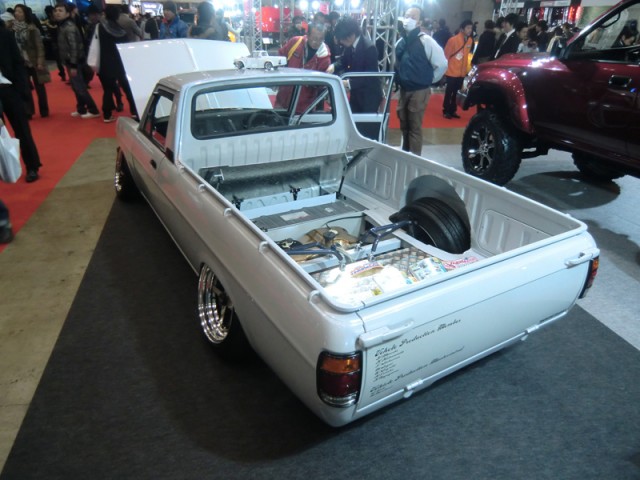 Peek into the bed and you can see an exposed array of batteries, along with a heavily re-worked bed and frame to accommodate that demon camber.