NEWS: This new Nissan concept has an easter egg from the Bluebird SSS 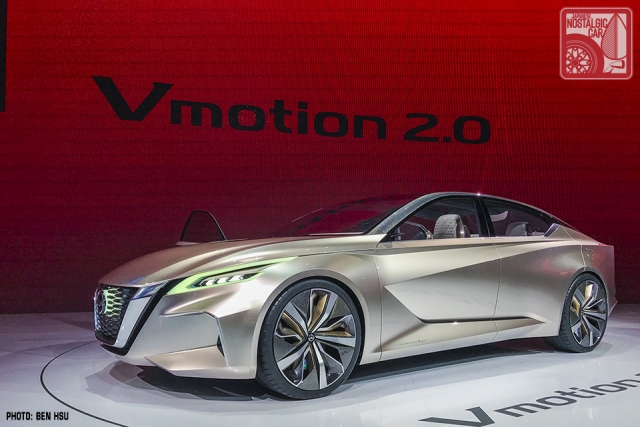 Yesterday at the Detroit Auto Show, Nissan unveiled a boldly styled concept sedan. The Vmotion 2.0’s styling is decidedly brand-spanking-new school, as it heralds the design language of all future Nissan sedans, but designers stuck one easter egg from the 910 Bluebird SSS in there for the old schoolers. 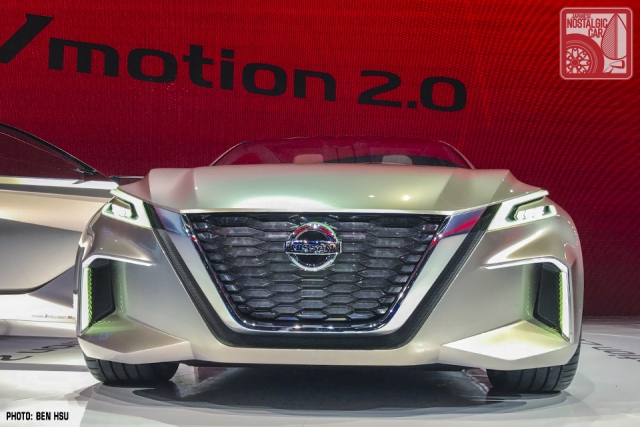 We spoke with Nissan design director Ken Lee, who oversaw the Vmotion 2.0’s creation. The official press release doesn’t mention it, but Lee told JNC that when designing the concept’s grille, he was inspired by the hexagonal pattern found on the 910 Bluebird SSS. 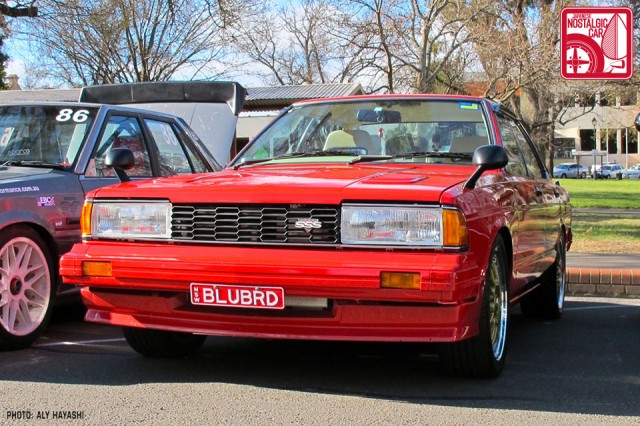 “We reversed it so that it the hexagons are filled in, but the pattern is definitely there,” Lee explained. The inversion also meant that the team could hide otherwise unsightly sensors for the ProPilot system, a semi-autonomous feature for single-lane driving at highway speeds that’s already out in Japan. 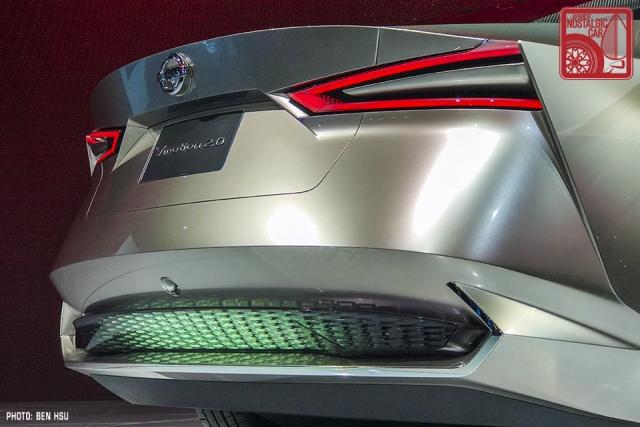 In fact, hexagons are repeated throughout the car. The rear diffuser, which glows to indicate when the car is in ProPilot mode, continues the hexagonal theme, as do details in the headlights and taillights. 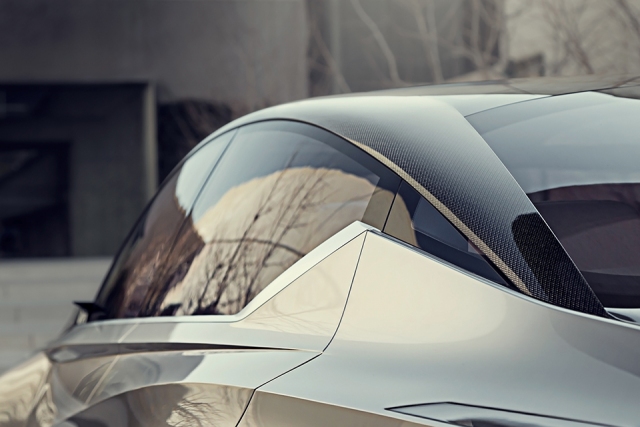 Another design feature that’s only barely alluded to in the press release is the C-pillar. Thus far, the “floating roof” trend has consisted mainly of blacked out C-pillar sections. On the Vmotion 2.0, the C-pillar truly extends over the rear window. Those aren’t tiny side windows; the entire rear glass is one curved piece. 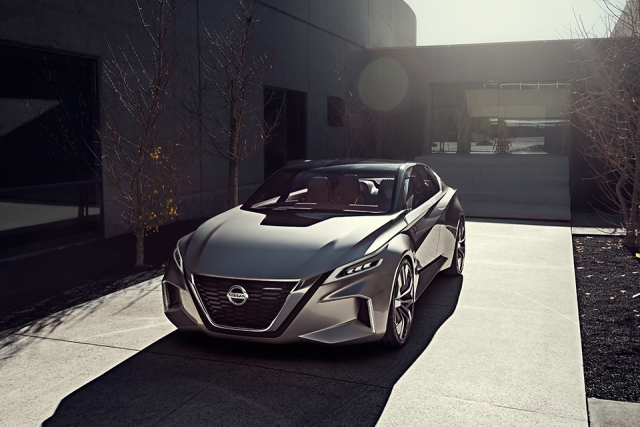 When asked if there were any uniquely Japanese design elements, Lee have the following insight. “No, we created it at Nissan Design America [in La Jolla, California] so there isn’t anything necessarily Japanese about it. But Japanese design encompasses a wide spectrum. On one end, you have Gundam-like complexity, and on the other end there’s Muji-like minimalism. The trick is finding that balance, and in the end I think what we created something that could not have come from a European or American company.” 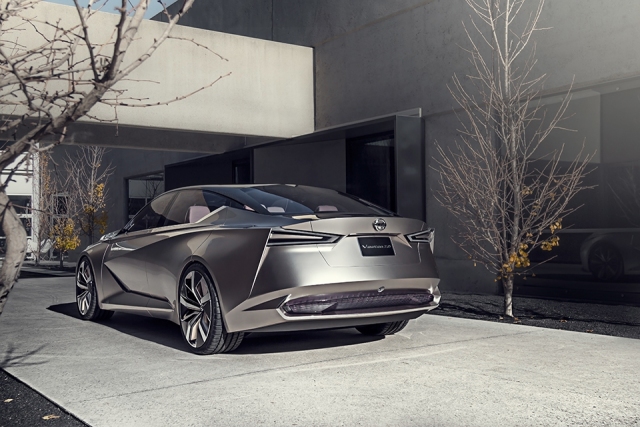 The other car Nissan unveiled in Detroit was a European-market Qashqai rebadged as the Rogue Sport, because crossovers are so popular these days that they’re destined to take over sedans as the most-purchased form of passenger car. “Ironically, the popularity of crossovers gives us a lot more freedom with sedan design,” Lee revealed. “A sedan is like a nice suit.” We suppose in this analogy then the crossover is the sweat pant. 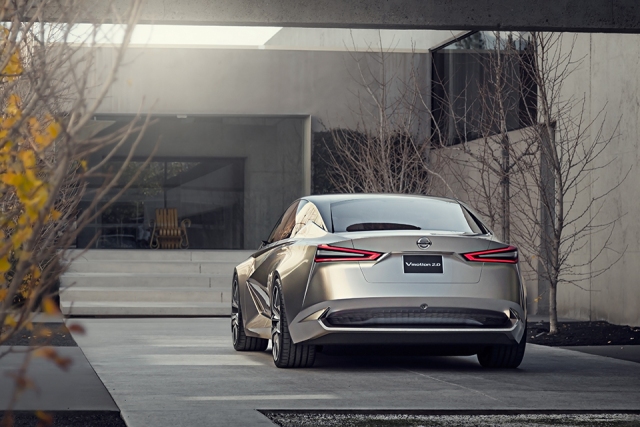 Three years ago, Nissan debuted their V-Motion design language on a Sport Sedan Concept that became the new Maxima. While Lee nor Nissan could confirm whether this would be the next Maxima, the 910 Bluebird SSS reference and the fact that the Maxima evolved from Bluebird lineage on the family tree, we’d say there’s a pretty good chance. 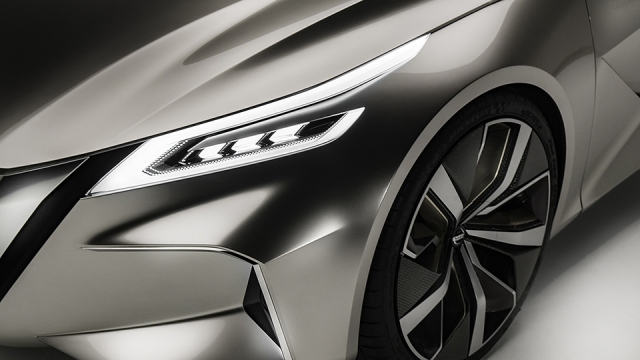 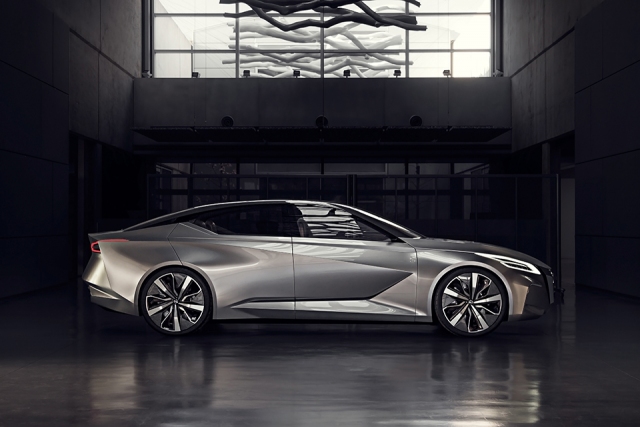 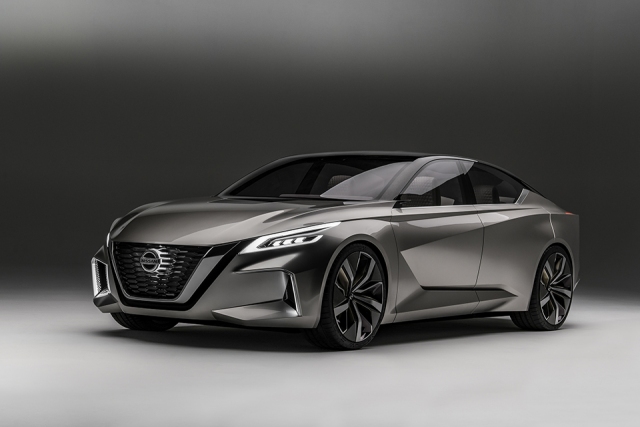 4 Responses to NEWS: This new Nissan concept has an easter egg from the Bluebird SSS