This awesome vintage motorcycle event but with cars, please 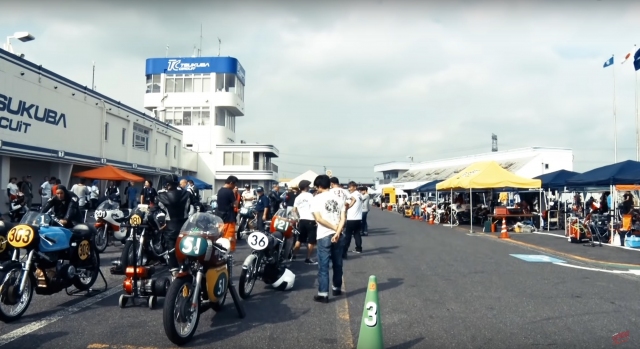 Even without a ton of knowledge about motorcycles, we can probably all agree that the Legend of Classic is a cool event. Held at Japan’s Tsukuba Circuit and Fuji Speedway, the vintage motorcycle racing event’s self-described philosophy is this: “To reproduce the motor sports scene of the Golden Age before 1972.” We just want one with cars, too.

The 1972 cutoff captures the time just before the OPEC oil crisis, when fuel flowed freely and fuel economy was barely a consideration. Legend of Classic says that typical historic motorcycle racing is too focused on winning, which incentivizes the heavy use of modern parts and neglects originality. While this event encourages competition, the priority is the enjoyment and respect for the classic motorcycles. It’s neat to see an owner tinkering with Kawasaki H1 Mach 3, an early 60s Honda RC lining up on the grid, or a rider older than his 1965 Bridgestone BS-180 dragging his knees in the turns. Just imagine what an event like this, but with four-wheeled vehicles, would look like.

permalink.
This post is filed under: Motorcycles and
tagged: bridgestone, honda, kawasaki, motorcycles.

2 Responses to This awesome vintage motorcycle event but with cars, please