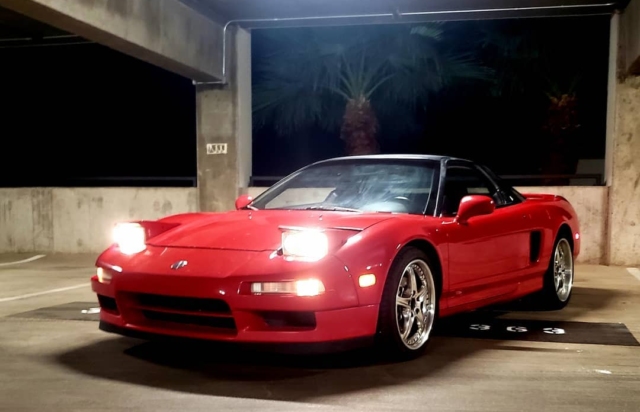 When it comes to classics, bone stock examples with as few miles as possible are always going to fetch the most coin. But there is another way to live, and that is by putting the most damn miles a person could possibly drive on a single car. And if that car happens to be an Acura NSX, well, you’ve pretty much figured out life. 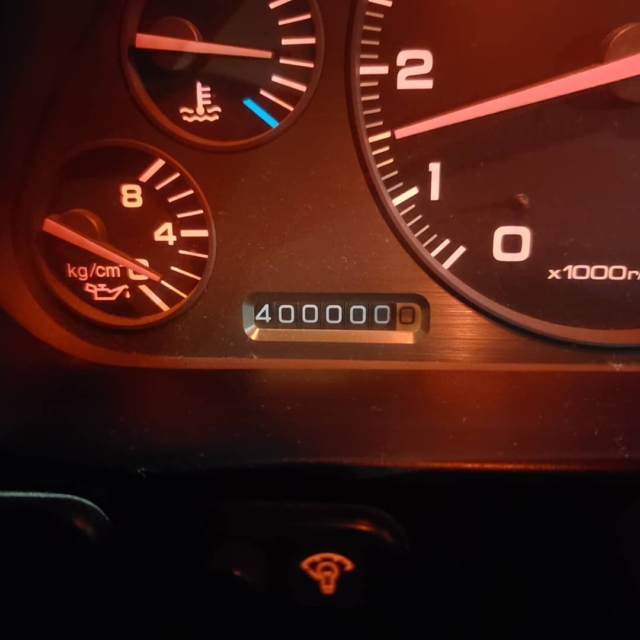 Many years ago I interviewed a man who had owned a beautiful 1970 BMW 2800CS for 40 years. In that time, it’d accumulated 421,000 miles but the car didn’t look a day over 20,000. To be that devoted to a not just a single marque, or a single model, but a single car was simply amazing. I still own my first car, but I’m far too fickle to drive nothing else. I found his loyalty worthy of utmost respect.

For most people, the Acura NSX is a car to be admired, driven on actual drives (on a mountain road, not an errand), maybe to the occasional car show, and garaged at all other times. Certainly the number of low-mileage ones that have been cropping up on Bring a Trailer seems to corroborate that theory.

Sean Dirk has taken the opposite view. After buying his 1992 Acura NSX with 70,000 miles, Sean proceeded to use his car for everything. Yet it still looks good, unlike other 400,000-mile NSXes out there. According to The Drive it’s his only car, so between grocery shopping and road tripping, he’s put approximately 330,000 miles on the car in the 17 years he’s owned it.

“I feel like Honda (Acura) designed this car just for me. It has everything I need, and nothing I don’t. It is the ultimate driver’s car that can be driven every day, and in my honest opinion it is the best all around car ever made,” Sean said on Instagram, where he goes by @lonewolfdrifter, when the car reached the 400,000 milestone.

In that time, the only issue Sean experienced was at 123,000 miles, when a snap ring in the 5-speed transmission, a known weak point on early models, failed. A few years ago, he had the suspension rebuilt to stock specs when it began to feel worn. Otherwise, Sean simply follows the factory recommended services to a T, and as a result the engine has never been opened, a testament to the engineering and quality of 1990s Hondas.

And basically, that’s the entire point of an NSX. It was built to compete with the European exotics of the era but because it was a Honda, it was as reliable as your mom’s Accord. It could reach mileages Italian and British supercars wouldn’t dare dream of, thus providing far more driving enjoyment for the owner.

We’re not blindly saying cars should be driven into oblivion. If you have a clean Prince Miler pickup, you probably have one a handful left in the entire world. There’s no sense using it to haul lumber from Home Depot. A car like the NSX, though, already has many collectors preserving it for posterity. There will probably be at least one NSX out there as long as there are roads. So go be like Sean, and enjoy the best car ever made.

permalink.
This post is filed under: profiles and
tagged: acura, honda, NA1, nsx.