There is now a Takumi motor oil for Initial D fans 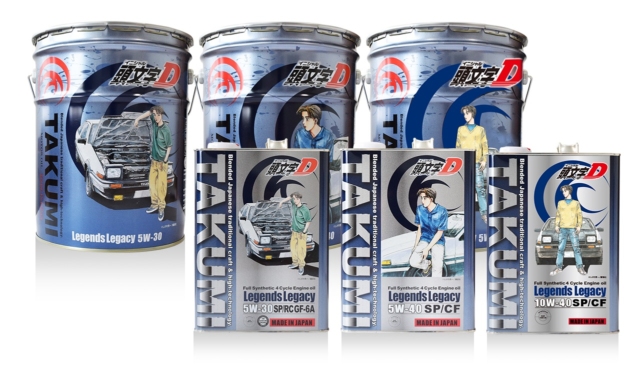 Since its debut about a decade ago, Japan’s Takumi motor oil has had nothing to do with Initial D. If Sears had been Japanese, its in-house line of tools would have been named Takumi, because though Takumi is a popular male name, it simply means “craftsman” in Japanese. However, Takumi motor oil now actually does have an Initial D tie-in, thanks to a partnership with the manga’s creator, Shuichi Shigeno.

There are three viscosities of oil, each represented with a different illustration of Initial D‘s main character, Takumi Fujiwara, with his iconic Toyota Sprinter Trueno. The 5W-30 is the most compatible with modern cars and for urban driving, while the 5W-40 is for more spirited driving. 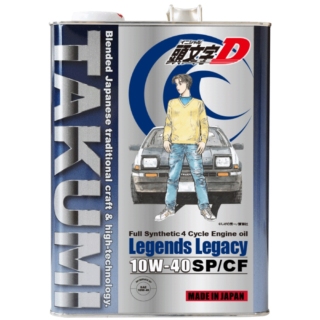 Last but not least, a 10W-40 blend is recommended for turbo cars with displacements of 2.0-liters or more.

Sadly, it’s not sold in the U.S. But if it were, it would be pretty darn cool to have one of those 20-liter buckets with an illustrated AE86 on the side as a piece of garage art or something.