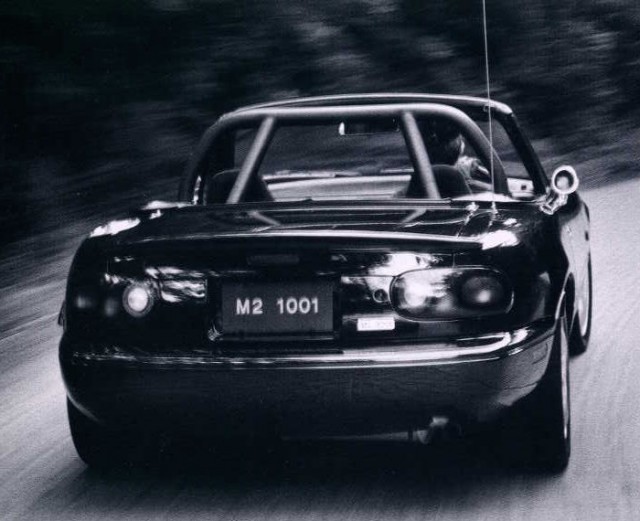 As enthusiasts, many of us feel the urge to voice opinions about our favorite marques. “Honda should do this,” or “Toyota should build that.” If only the they would listen the (automotive) world would be a better place, no?

In fact, automakers do listen. Back in the glory days of the Bubble Economy, Mazda, in particular, even created a whole entity for this purpose. It was called M2, Inc. 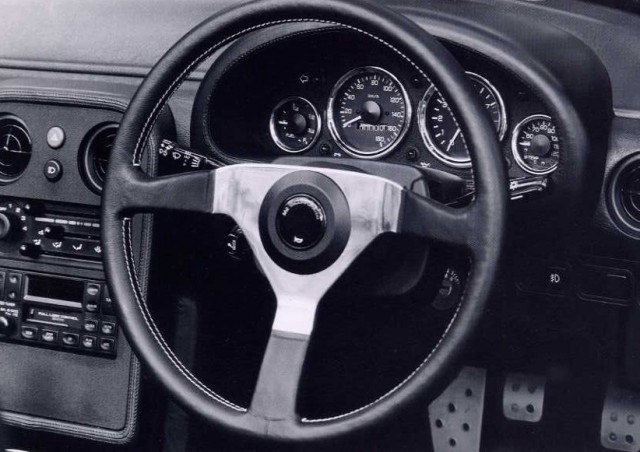 In the late Eighties, as Acura, Lexus, and Infiniti were getting up and running, Mazda was keen on setting up its own specialized and upscale divisions. What followed was an explosion of sub-brands: Eunos, ɛfĩni, Autozam, Xedos, and the still-born Amati. Whether you consider these a collection of cool-sounding marques or a bout of “What were they smoking?” this was a period of ambitious diversification and experimentation for Mazda.

M2, Inc. was a product of this period. Nicknamed Mazda Two, it was created in 1990 with the mission of getting into customers’ heads at the street level. Though Mazda already had an R&D center in Tokyo at this time, such facilities tended to be more isolated from end users. M2, on the other hand, was set up to act as an “antenna showroom” where direct dialogues with customers could happen on a regular basis.

Nissan and Toyota were conducting similar kinds of marketing research at their corporate showrooms in Tokyo, but Mazda’s take had a bit more panache. Besides marketing research, M2’s day-to-day operations also involved tuning and developing specialty vehicles. In this latter respect, much of Mazda’s enthusiast product development — an example being the earlier “Off-line 55” program from which the Miata came to be — fell onto M2. Coupled with a high degree of autonomy, these responsibilities enabled M2 to develop cars based on direct customer feedback, with the corporate objective being to gauge and explore directions where Mazda should go next. 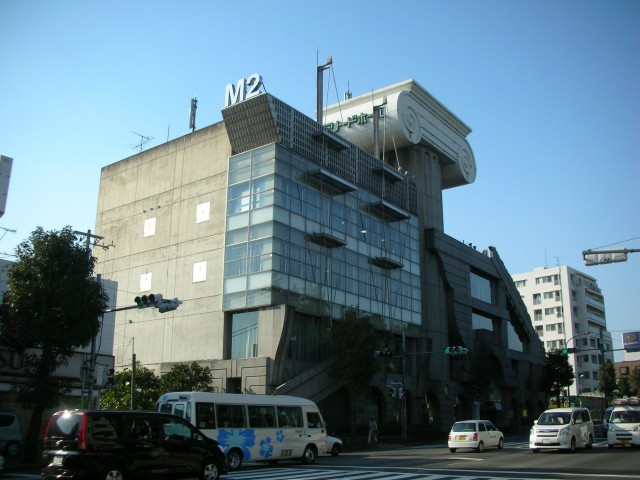 To cap this all off in style, the entire M2 team was housed in its own headquarters in the Setagaya ward of Tokyo. A character in its own right, the post-modern M2 Building was distinctive to say the least, having been featured in architecture magazines. Bob Hall, who was instrumental in development of the original Miata, did a couple of stints at M2 and recalls the distinctive set up of the M2 Building with drive-thru portals, as well as an interior resembling a rocket silo with lifts for cars.

Besides a regular Mazda showroom with production vehicles, M2 had a specific showroom that displayed its prototypes where customers can also interact with   members of the “in-residence” development team. The public side of M2’s operations was incredibly innovative and interactive. Just imagine walking into a slick, high-concept Mazda showroom full of prototypes, sitting down with the designers and engineers, and conversing about your ideal car. And then, walking away knowing that t!he fruit of your ideas might actually materialize by your next visit!

What further distinguishes M2 from other carmakers’ marketing research arms is that it actually sold vehicles developed from its efforts with the public. During its tenure, 800 examples of M2’s specialty models were produced. Most of them were Roadster (a.k.a. Miata) variants, and they are now among the most desirable and collectible NAs in Japan. 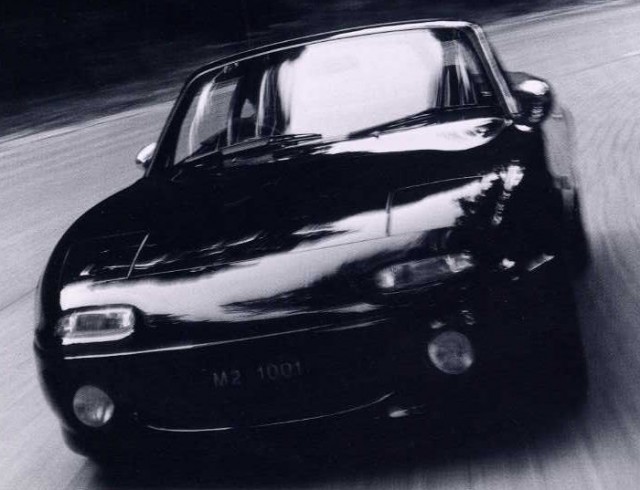 Referred to as the “Clubman,” it evoked hotted-up racing roadsters of yore. If the Club Racer reflected Miata’s tuning potential from an American perspective, the M2-1001 was approaching ultimate expression of the Roadster concept from Japan’s point of view. Announced in late 1991, production was strictly limited to 300 units. As expected of such a niche, tuned, and low-volume car, the price was steep (on par with the Z32 Fairlady Z).

Nevertheless, customer response was strong, and a lottery for prospective buyers was necessary to deal with the overwhelming demand. The 1001 was a smashing success.

However, all was not rosy on the horizon. In Part 02, we’ll look at some more of the cars M2 spawned, and the projects eventual end.