The Nissan Cima of actress Kazue Itoh has been factory restored 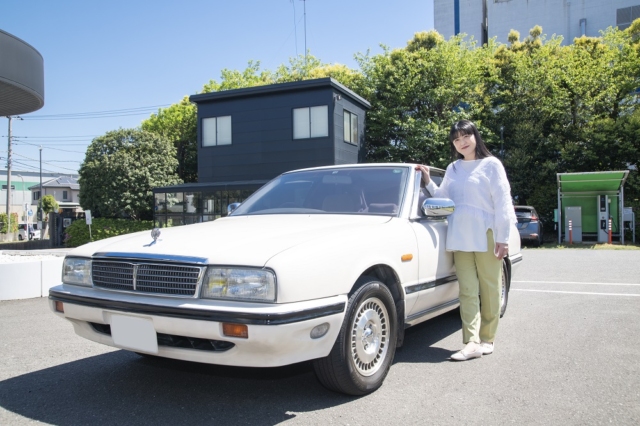 Just over a year ago, Japanese actress Kazue Itoh made headlines when she revealed that she was still driving a decades-old Nissan Cima that she’d owned since new. After she noted some of its imperfections on social media, her fans urged Nissan to restore the car for her. Nissan agreed, and she handed over the keys in April. Now, nearly seven months later, the car has been fully restored was just unveiled in Tokyo a few hours ago.

Restoration of the 266,500 km (165,595 mile) sedan took a little longer than expected, Nissan says, because some parts were harder than expected to obtain. There were items that had been discontinued, so even Nissan couldn’t just pull a replacement off the shelf. Also, restorers found areas that required more work once they started digging into it, and also encountered what was described as a “state of emergency” (likely something related to the pandemic). You can see some footage of the restoration in the video above starting at 16:35.

Nissan’s took custody of the car toward the end of April in an emotional handover ceremony among assembled media. Nissan allowed Itoh to pop in at Autech, where the restoration was taking place, for periodic updates whenever she wanted. The team spent much of May carefully removing the body panels, doors, and interior out of the Cima. 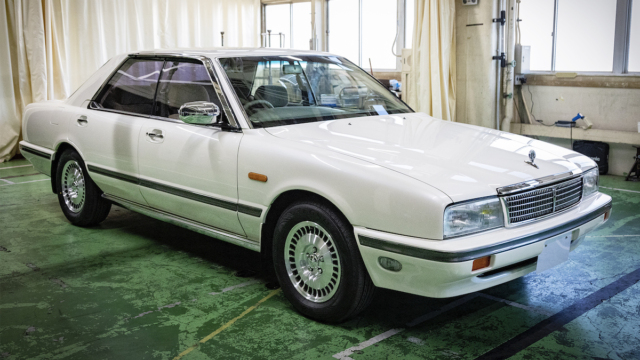 Then the car was taken down to almost its bare unibody so that parts could be individually sandblasted. Both rear wheel arches, where the metal meets the urethane bumper, required some rust repair, old steel removed and new hand-hammered pieces welded in. The entire body was resprayed as well, from the engine bay out. Even the wheels appear to have been re-polished. The total cost of the restoration is said to have exceeded the cost of the original Cima, which was ¥5 million (about $44,000 USD) in 1990.

The reveal took place at the Nissan Crossing showroom in Ginza. “I haven’t seen [my car] for a long time, so I dreamed about it almost every day,” Itoh said. She didn’t lay eyes on the finished product until the covers were whisked off live on stage at the unveiling.

Upon seeing her beloved Cima, Itoh clasped her hands together as tears welled up in her eyes. “It smells like a new car!” she exclaimed, before receiving the keys back from a Nissan representative.

Despite the delays, the timing actually worked out perfectly. As it happens, December 7 is Itoh’s 55th birthday. To have your beloved car restored by the company that built it seems like a pretty amazing way to celebrate it. Itoh agreed. “It’s the biggest gift I’ve ever received,” she said gratefully. Unfortunately, she won’t be able to drive it right away. The Cima is scheduled to be on display until December 22 at Nissan Crossing. Hopefully she’ll get to put many more miles on it after that.